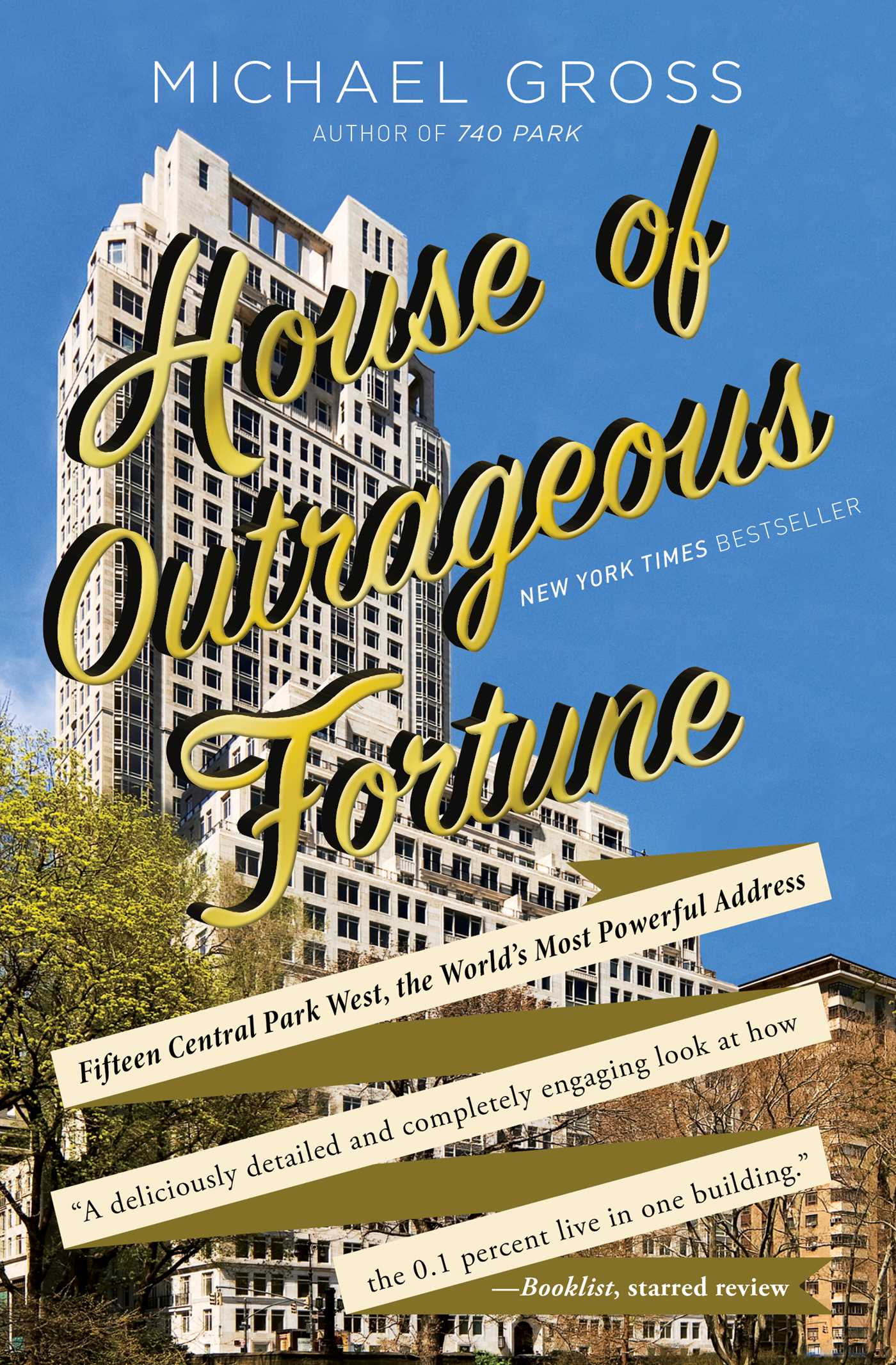 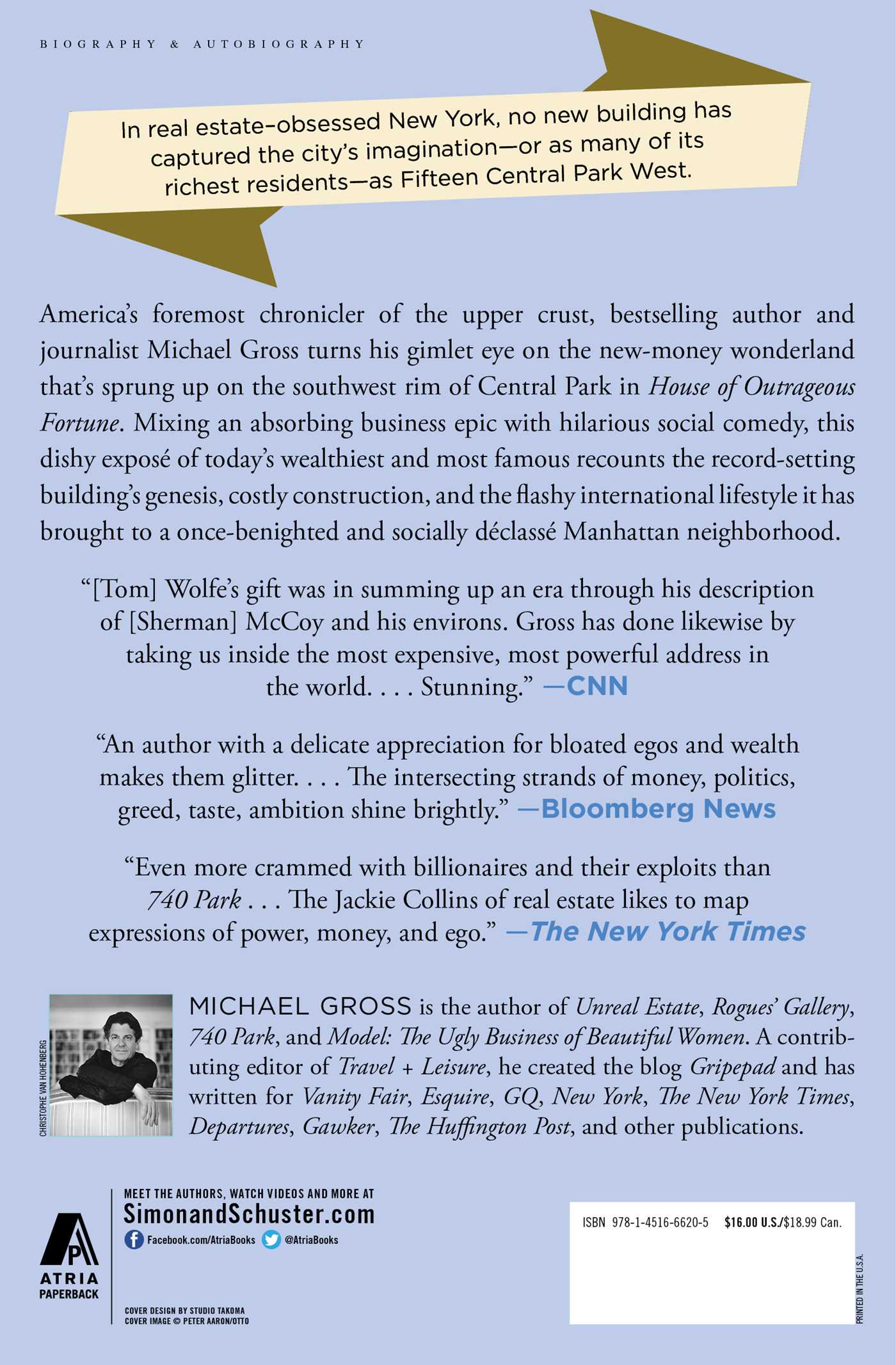 “Michael Gross’s new book…packs [in] almost as many stories as there are apartments in the building. The Jackie Collins of real estate likes to map expressions of power, money and ego… Even more crammed with billionaires and their exploits than 740 Park” (Penelope Green, The New York Times).

In this “stunning” (CNN) and “deliciously detailed” (Booklist, starred review) New York Times bestseller, journalist Michael Gross turns his gimlet eye on the new-money wonderland that’s sprung up on the southwest rim of Central Park. Mixing an absorbing business epic with hilarious social comedy, Gross “takes another gossip-laden bite out of the upper crust” (Sam Roberts, The New York Times), which includes Denzel Washington, Sting, Norman Lear, top executives, and Russian and Chinese oligarchs, to name a few. And he recounts the legendary building’s inspired genesis, costly construction, and the flashy international lifestyle it has brought to a once benighted and socially déclassé Manhattan neighborhood.

More than just an apartment building, 15CPW represents a massive paradigm shift in the lifestyle of New York’s rich and famous—and is a bellwether of the city’s changing social and financial landscape. 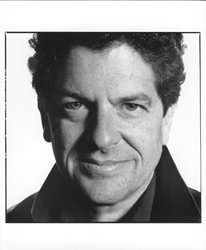 Michael Gross is the author of the New York Times bestsellers House of Outrageous Fortune, 740 Park, and Model: The Ugly Business of Beautiful Women, as well as Rogues’ Gallery, and Unreal Estate. A contributing editor of Departures, he created the blog Gripepad and has written for The New York Times, New York, Vanity Fair, Esquire, GQ, The Daily Beast/Newsweek, and many other publications.

"House of Outrageous Fortune pulls back the limestone curtain of 15 Central Park West to reveal seismic shifts in New York society and the astonishing lifestyle-without-limits of the new global elite. It's a dishy--but not trashy--page-turner."

– Barbara Corcoran, founder of the Corcoran Group and star of ABC's Shark Tank

"Michael Gross has done it again! In intricate and revelatory detail, he shows how Fifteen Central Park West became the most famous and talked-about building in Manhattan: It's the people who live there, of course, and Gross gives us a front-row seat on their passions, their antics and why they want the very best money can buy."

– William D. Cohan, author of Money and Power: How Goldman Sachs Came to Rule the World

"Both an incisive social commentary on our modern Gilded Age and an irresistible peek behind the walls of 15 Central Park West, otherwise known as "Limestone Jesus." With characteristic audacity and wit, Michael Gross has deftly chronicled the immense egos (and bank accounts) of the nouveau riche who reside at Manhattan's most coveted address."

– Karen Abbott, author of Sin in the Second City and American Rose

"Want to understand what Occupy Wall Street was about? In House of Outrageous Fortune, Michael Gross explains it--and then some. With a rollicking, informative history of New York City, tales of mega real estate fortunes made and lost, and dizzying examples of the super-wealthy's greed and ostentation, Gross deftly traces the arc of America both socially and financially and proves that the top two percent most certainly do not live like you or I."

– Dana Thomas, author of Deluxe: How Luxury Lost Its Luster

"Michael Gross captures the phenomenon that is 15 Central Park West, where creative talent, towering ambition and unimaginable wealth instill a magical aura of glamour and romance not seen in a Gotham apartment house since the Gatsby era."

– Peter Pennoyer, Architect, author and chairman of The Institute of Classical Architecture & Art

“Michael Gross's HOUSE OF OUTRAGEOUS FORTUNE is a book about a building the way MOBY DICK is a book about a fish. History, real-estate wheeling and dealing, the economics of the buccaneer class, the arcane realpolitik of condos and co-ops, even floor-plans: it's all here. If you want to find out why Manhattan's skyline looks the way it currently does, this is the book to read.”

–Amanda Vaill, author of Hotel Florida and Everybody Was So Young

"A deliciously detailed and completely engaging look at how the 0.1 percent live in one building."

"As much fun as any thriller or fiction."

"Demonstrates conclusively the abiding truth of Clare Boothe Luce’s observation, “Money can’t buy happiness, but it can make you awfully comfortable while you’re being miserable."