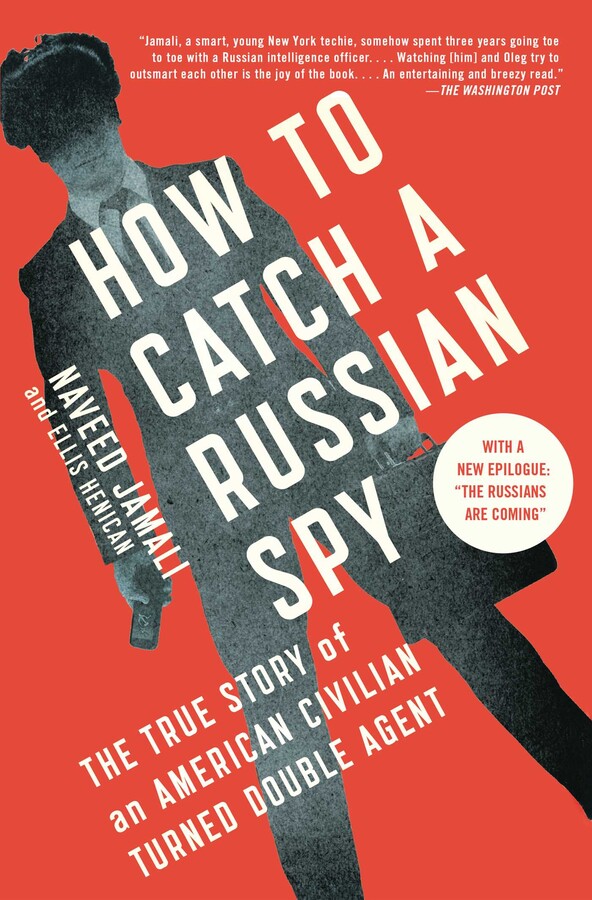 How to Catch a Russian Spy

The True Story of an American Civilian Turned Double Agent

By Naveed Jamali and Ellis Henican
LIST PRICE $16.99
PRICE MAY VARY BY RETAILER

With an epilogue on recent Russian spying, a “page-turner of a memoir” (Publishers Weekly) about an American civilian with a dream, who worked as a double agent with the FBI in the early 2000s to bring down a Russian intelligence agent in New York City.

For three nerve-wracking years, from 2005 to 2008, Naveed Jamali spied on America for the Russians, trading thumb drives of sensitive technical data for envelopes of cash, selling out his beloved country across noisy restaurant tables and in quiet parking lots. Or so the Russians believed. In fact, Jamali was a covert double agent working with the FBI. The Cold War wasn’t really over. It had just gone high-tech.

“A classic case of American counterespionage from the inside…a never-ending game of cat and mouse” (The Wall Street Journal), How to Catch a Russian Spy is the story of how one young man’s post-college-adventure became a real-life intelligence coup. Incredibly, Jamali had no previous counterespionage experience. Everything he knew about undercover work he’d picked up from TV cop shows and movies, yet he convinced the FBI and the Russians they could trust him. With charm, cunning, and bold naiveté, he matched wits with a veteran Russian military-intelligence officer, out-maneuvering him and his superiors. Along the way, Jamali and his FBI handlers exposed espionage activities at the Russian Mission to the United Nations.

Jamali now reveals the full riveting story behind his double-agent adventure—from coded signals on Craigslist to clandestine meetings at Hooter’s to veiled explanations to his worried family. He also brings the story up to date with an epilogue showing how the very same playbook the Russians used on him was used with spectacularly more success around the 2016 election. Cinematic, news-breaking, and “an entertaining and breezy read” (The Washington Post), How to Catch a Russian Spy is an armchair spy fantasy brought to life. 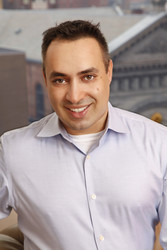 Naveed Jamali spent three years as a civilian double agent then joined the US Navy as a reserve intelligence officer, where he continues to serve. He has appeared as an expert commentator on several TV networks and is currently a regular contributor to MSNBC as well as Newsweek magazine.

Ellis Henican is a newspaper columnist, a television commentator, and the coauthor of five New York Times bestsellers, including Damn Few.

“A Cold War-style thriller, full of Russians, federal agents, code names and, in the lead, a New York techie who preps for his double-agent moments by practicing lines from 'Goodfellas' and 'Scarface.' Jamali makes his tough-guy dreams come true by outwitting a Borat-like Russian intelligence officer who recruits him to commit treason. The finale, like in every Bond film, goes down in a New Jersey Hooters. A hilarious book that is being made into a movie.”
—The Washington Post, Funniest Book of the Year

“Apparently goofballs aren't limited to the world of fictional spies – before there was Sterling Archer, there was Naveed and Oleg. I wish I could steal some of these stories for the show!”
—Adam Reed, creator of “Archer”

“A classic case of American counterespionage from the inside . . . [a] never-ending game of cat and mouse.”
—The Wall Street Journal

“Suspenseful and often uproarious…How to Catch a Russian Spy offers a rare opportunity to share in the intensity, fear and adrenaline rush of working as a double agent, trying to take down a cagey and skilled operative for the world’s most notorious and ruthless gangster regime. Without any formal training, Jamali soon discovers he has all the essential tools of a good undercover: intuition,curiosity, and a jazz-like ability to improvise on the spot. Indeed, by going ‘off-script’ – both in the way he veers from his parents’ conventional-life expectations and by always keeping his adversary guessing – Jamali has given us one gem of a comic counter-espionage yarn.”
—Douglas Century, New York Times bestselling coauthor of Under and Alone and Takedown

“Jamali, a smart, young New York techie, somehow spent three years going toe to toe with a Russian intelligence officer who thought he was developing an asset, even though all the while Jamali was quietly collaborating with U.S. federal agents. . . . Watching Jamali and Oleg try to outsmart each other is the joy of the book. . . . If you’ve watched too much 'Homeland' or 'The Americans,' then How to Catch a Russian Spy is a hilarious corrective showing how prosaic low-level espionage can be….an entertaining and breezy read.”
—The Washington Post

“A gripping true tale of high-level espionage in which the author, Naveed Jamali, impressively displays tradecraft belying his amateur status. His stories of teaming with FBI agent handlers to doublecross Russian spies are nothing short of sensational.”
—Robert K. Wittman, former Senior Investigator of the FBI National Art Crime Team and New York Times bestselling author of Priceless and The Devil’s Diary

“So celebrated in American pop culture are the tactics of espionage that even a motivated amateur – with a talent for improvisation and a taste for Hollywood flair – can take on a real-life Russian intelligence operative, and best him at his own game.What’s most charming about this page-turning account is Naveed’s honesty about his missteps, and the joy he takes in designing deceptions that actually work. Readers will smile right along with him.”
—Lindsay Moran, bestselling author of Blowing My Cover: My Life as a CIA Spy

“One early lesson I learned leading SEAL units is that it’s not enough to begin with a good plan – an effective operator must adapt to fast-changing conditions and adjust the plan accordingly. Despite his lack of training, Naveed Jamali intuitively grasped that lesson, repeatedly calling on the main weapon in his amateur’s arsenal – ingenuity – to deceive his opponent. In a time when our nation’s enemies vigorously troll for information that will give them an edge,it’s comforting to know that American resourcefulness can triumph even out of uniform.”
—Rorke Denver, New York Times bestselling author of Damn Few

"The end of the Cold War didn't stop Russia's intelligence operations in America, as Naveed Jamali's amusing tale of his life as an amateur spy deftly illustrates. Corvettes, military secrets swapped in suburban Uno Pizzerias, and a clandestine operation to snare a Russian operative at Hooter's—this is a real-life Get Smart for the twenty-first century."
—Guy Lawson, New York Times bestselling author of Octopus and Arms and the Dudes

“Every now and then, the safety and security of our country depends on an everyday young American doing the right thing. What sets Naveed apart is that he obviously had such a blast doing it. As amusing as it is to read this book and watch an admitted amateur get over on a Russian operative here in the U.S. to steal secrets, it's also sobering to contemplate how many bad actors there are waiting to take advantage of the fact that we live in an open society.”
—Frances Fragos Townsend, former Homeland Security Adviser to President George W. Bush

“How to Catch a Russian Spy simply blew me away. Imagine John Le Carre assigning a spy mission to Walter Mitty and you have Naveed Jamali. His fascinating account strips away the glamour of fictional espionage, replacing it with even more provocative reality. Here, spies communicate by Craigslist, thumb drives are as dangerous as a Walther PPK, and agents and handlers meet at Hooters. Viewers of ‘The Americans’ will love this story’s take on the real world of espionage. There are no George Smileys here, but there is a hero whose patriotism is quite stirring.”
—Gary Weiss, former Senior Writer for Business Week and bestselling author of Born to Steal

“[A] page-turner of a memoir....This highly entertaining read is enhanced by the author's self-deprecating sense of humor.”
—Publishers Weekly

How to Catch a Russian Spy

The True Story of an American Civilian Turned Double Agent

By Naveed Jamali and Ellis Henican
LIST PRICE $16.99
PRICE MAY VARY BY RETAILER