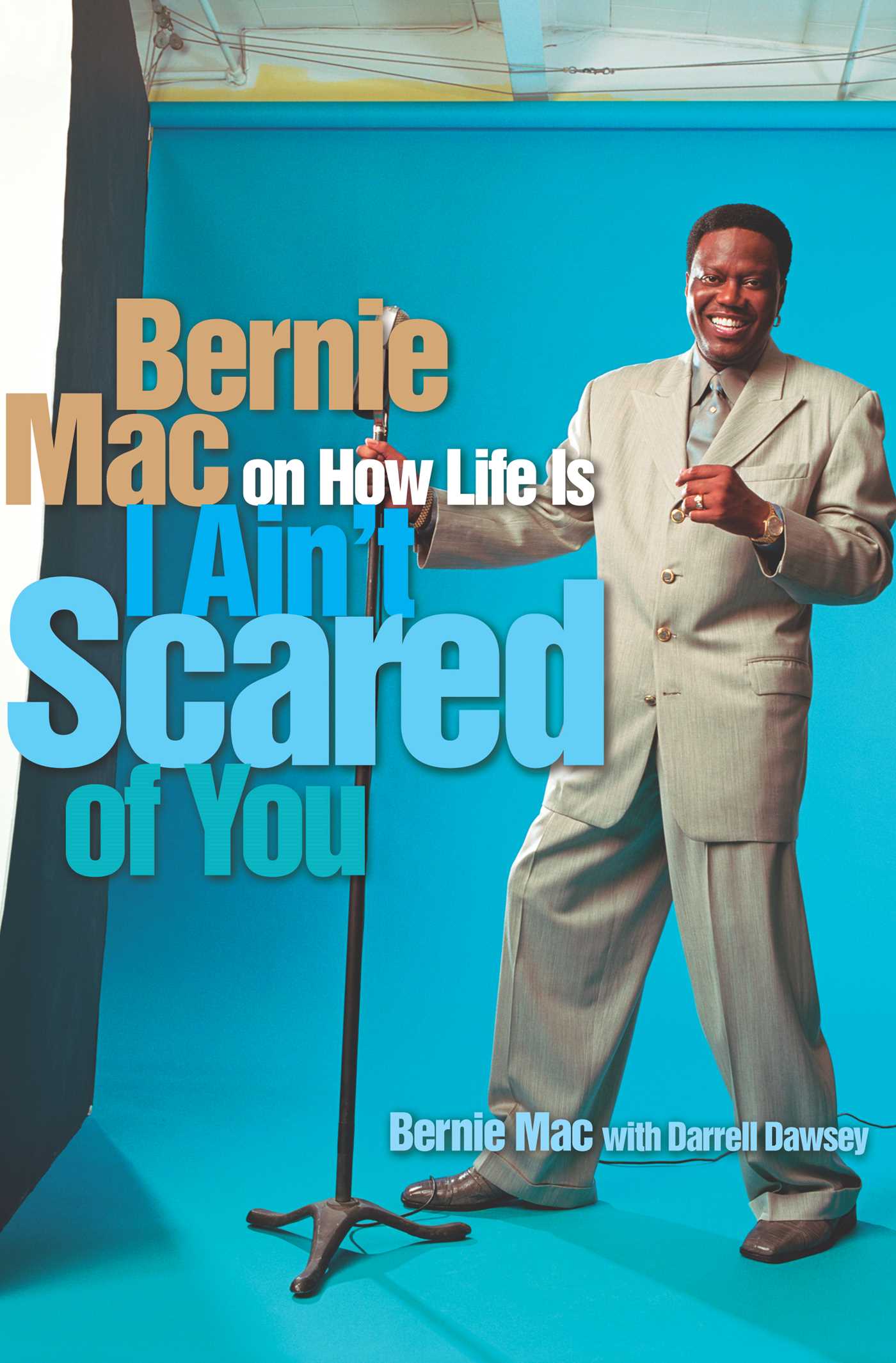 I Ain't Scared of You

By Bernie Mac
LIST PRICE $16.99
PRICE MAY VARY BY RETAILER

A laugh-out-loud humor book from one of the most celebrated comedians, Bernie Mac, the star of Fox's The Bernie Mac Show, winner of the prestigious Peabody Award.

The Chicago-bred performer and royal king of the Original Kings of Comedy, Bernie Mac, has won over countless fans of cutting comedy and family humor with an edgy show that tells it like it is but never loses heart. No surprise, Mac has earned a reputation as perhaps the truest voice of modern humor. Here, in his debut book, Mac brilliantly captures the R-rated side of his comedic genius in print.

Touring through a wide range of topics with equal parts insight and irreverence, Bernie presents a way of looking at the world guaranteed to make you laugh. Tackling superstar athletes, the movie business, his fellow comedians, his marriage, and, of course, his friends and family, Mac offers side-splitting riffs on sex, religion, hygiene, money, and more. Nobody is safe; nothing is sacred. Not even Bernie himself. Throughout I Ain't Scared of You, Mac turns his humor inward, firing off hilarious self-deprecating salvos about his golf game and his own hypocrisies.

Bernie Mac's hit show and his vital live performances have earned him critical acclaim and international popularity. Now, I Ain't Scared of You reveals his humor whole—unpretentious, unafraid, and unbelievably funny and raw.

Bernie Mac (1957–2008) began his comedy career at age eight by hosting a weekly talent show on his front porch. He became a regular emcee at Chicago's legendary Cotton Club, and in 1990 won the prestigious Miller Lite Comedy Search. He took his act on the road and opened for the likes of the O'Jays, Gladys Knight and the Pips, and the Temptations. In 1995, he hosted Midnight Mac for HBO, a variety show that garnered him a nomination for a Cable ACE Award. Mac's film career included roles in The Players Club, Life, Ocean's Eleven, and Spike Lee's The Original Kings of Comedy. His work in The Bernie Mac Show, a sitcom for the Fox Network, earned him an Emmy nomination for Outstanding Lead Actor in a Comedy Series.

Publishers Weekly Skillfully captures the rhythm and color of street vernacular....Mac shows on more than one occasion that he can reach deep into the pockets of human distress and bring forth a smile.

I Ain't Scared of You

By Bernie Mac
LIST PRICE $16.99
PRICE MAY VARY BY RETAILER