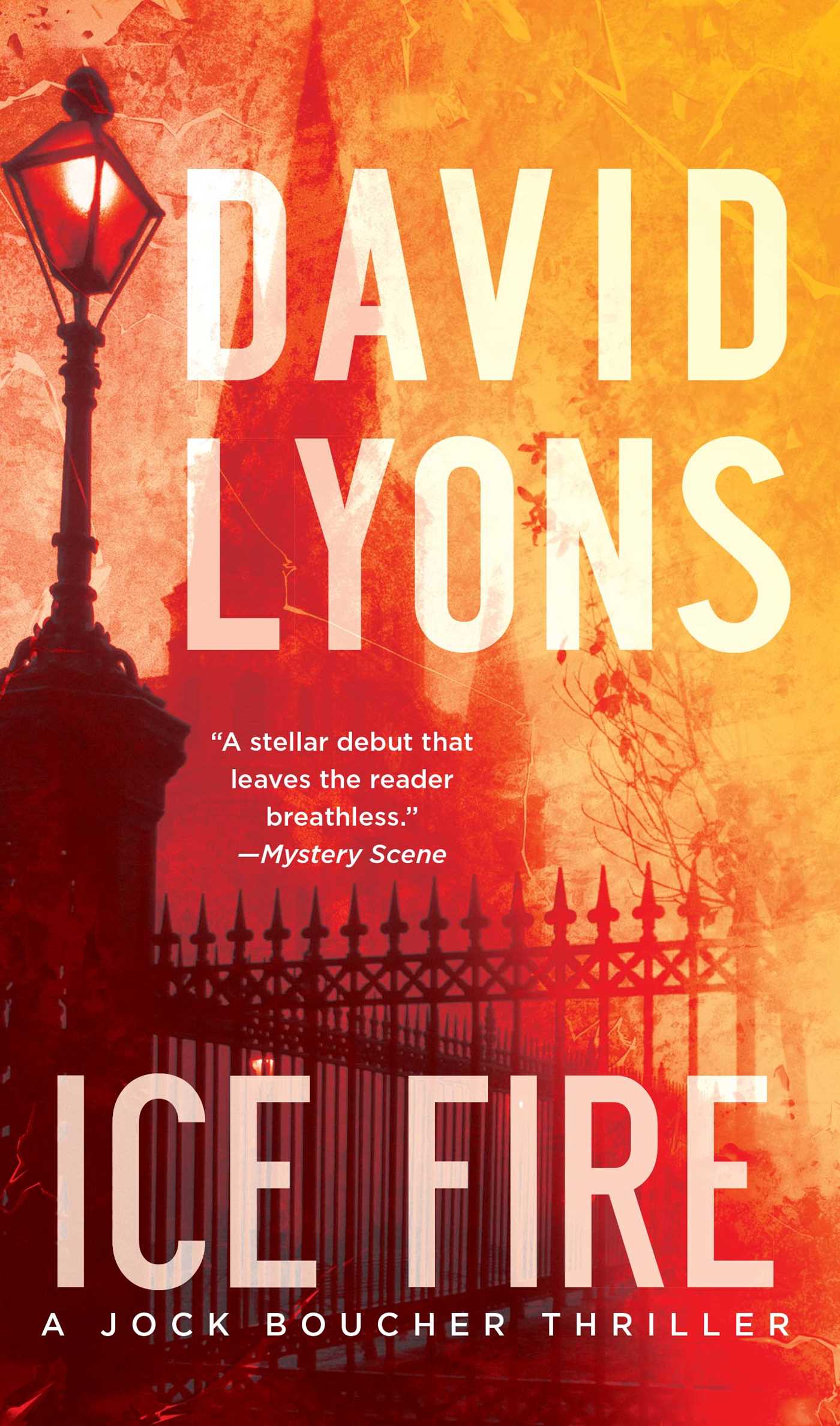 In this explosive debut thriller, a judge from the Louisiana bayou goes up against a company on the verge of causing an ecological disaster.

Cajun-born Jock Boucher has overcome modest beginnings to assume the prestigious position of U.S. District Judge for the Eastern District of Louisiana. One of his first cases on the bench involves a scientist who has been hiding in mortal fear for more than twenty years. The fugitive claims that another judge accepted bribes and helped a relentless global energy company steal his intellectual property: a way to recover energy from below the subsea bed that could end America’s dependence on foreign oil.

Boucher takes on the company and its powerful founder, risking not only his judicial career but his life. He follows a trail of cryptic clues to the bottom of the ocean, and soon finds himself the target of killers—and too far from the law to ever return.

Packed with suspense, science, politics, and murder, this fast-paced, riveting thriller will have readers on the edge of their seats. Ice Fire is the first in a series offered by this authentic new talent.

Ice Fire CHAPTER 1
JOCK BOUCHER SANG “ORANGE Colored Sky” in the shower. For a federal district judge, he could do a pretty good imitation of Nat King Cole, his father’s favorite singer. He’d done a fair share of singing, humming, even whistling over the past two weeks since his swearing-in. It had been a long year with the congressional vetting process, but now it was over. His life’s work lay ahead of him, and it was his dream job. He smiled at the recollection that his first act as a member of the federal judiciary had probably been illegal as hell. He had recorded the President calling him at home to extend his congratulations. He’d been informed of the call in advance, of course. You don’t want the leader of the free world calling and getting a busy signal or no one at home. The President had pronounced his name correctly: boo-SHAY. Most people seeing before hearing it mispronounced it butcher. The President said he knew that the judge’s nickname, Jock, was bestowed after lettering in basketball, football, and track in college. The two spoke as if they knew each other, which in many ways they did: two men whose love of country could not be challenged. Judge Boucher did not correct the President’s error. He would have loved to have told him the true origins of his name: that his father, a black Cajun from the bayous of Louisiana, had named his son Jacques. The French pronunciation sounded almost like shock, but with accents of the Deep South and demonstration of athletic ability at an early age, Jock it became and Jock it was to this day.

The Senate confirmation process had gone smoothly; his credentials were lauded and deemed more than adequate to assume the lifetime post of federal district judge, one of the most powerful positions in the land. “Slam, bam, alakazam,” he sang. He stopped and listened. Had he ever taken a shower and not thought he’d heard the phone ringing? No, there it was. Who could be calling him at this hour of the morning? He cursed, turned off the water, and dried himself in the shower stall. He was not about to track water from the bathroom across his polished hardwood bedroom floor or his mid-nineteenth-century Oriental rugs. The phone rang and rang as he toweled himself dry. I’m a federal judge and you’d better have a damn good reason for getting me out of the shower, he felt like saying as he walked to the phone, but instead answered simply, “Judge Boucher.” He listened and his frown of annoyance became one of concern.

He dressed and went downstairs to the kitchen, made himself a cup of instant coffee, and pondered the news he’d just received. District Judge Epson had suffered a heart attack. He was expected to recover, but as the new kid on the block, Jock Boucher was being asked to take over his docket in the interim. Had anyone given a thought to the fact that his own docket was already full? No matter. It had just gotten fuller. Boucher gulped down his coffee. He would have bolted from his house, but it was one of the most historic homes in the French Quarter, filled with period antique furniture he’d spent much of his adult life collecting. From such a majestic presence, one did not bolt.

The judge was granted admission to the underground parking lot of the Hale Boggs Federal Building without having to show his ID; he was recognized by security after only a short time on the bench. His vehicle had a lot to do with it. Of all the members of the federal judiciary of the Eastern District of Louisiana, Jock Boucher was the only one who drove a Ford F-150 pickup truck. No one knew he was also the only one who made weekly visits to neighborhoods decimated by Hurricane Katrina, where he would pick up and carry off refuse. After the oil spill, he had scoured beaches and wetlands to help with cleanup activities in any way he could, including the heartbreaking task of rescuing oil-soaked wildlife.

On this eventful morning he took the elevator up to his floor and walked the deserted hallway to his office. His administrative assistant was already at her desk, also having received an early call. She followed him into his chambers. About as good as government offices got, his private quarters were spacious but stark: thick gray wall-to-wall carpet, a large oak desk stained dark, a ponderous suite of sofa, chairs, and tables, and built-in bookshelves, so far largely empty.

“I’ve already spoken with Judge Epson’s office,” his assistant said. “He has a trial starting Wednesday, motion hearings today and tomorrow. Here’s your copy of his calendar. You have docket call at nine, and it’s a long one. I thought maybe we could just post a sign outside Judge Epson’s court moving his cases here, unless you know how to be in two places at one time.”

“Give me a minute to study his calendar.” She started to leave, but he motioned her to stay. After a couple of minutes, he said, “We’ll do this. Have Judge Epson’s law clerk ask the lawyers appearing if anyone wants to reschedule. If both parties agree, have them prepare the orders for my signature. I’ll move my docket call along as fast as I can, then I’ll go to his courtroom and deal with whatever’s remaining.”

He moved his own docket along at lightning speed and was ushered to Judge Epson’s bench barely an hour late. The courtroom was empty.

“Where’d everybody go?” he asked.

Judge Epson’s law clerk sat beside the idle court reporter. “Sir, everybody asked to reschedule. We’ve received dozens of calls from other attorneys asking the same thing. They prefer to wait and see when Judge Epson will be back.”

“They got something against me?”

“Okay. Well, I guess I’ll head back to my own territory.” He rose from the bench to leave just as two federal marshals burst through the door next to the jury box, a prisoner held tightly between them, his hands manacled. They saw the judge and looked at each other curiously.

“Sorry, Your Honor. I thought we were in Judge Epson’s court.”

“You are. Judge Epson is in the hospital. I’m Judge Boucher. I’ve been assigned his cases till he returns.”

“I think we’d better wait till Judge Epson gets back,” the marshal said, and began to turn away.

“Stop right there,” the judge ordered. “Bring that man here.”

With obvious reluctance, the two federal marshals approached the bench, their prisoner shuffling between them. The man was as emaciated as a human being could be, with a thick gray beard hanging down his chest. He wore raggedy street clothes, not an inmate’s jumpsuit.

“What’s this man charged with?” the judge asked.

“Contempt, Your Honor. He was brought in this morning.”

Again the reluctance of the marshals was obvious, but one stepped forward and passed a couple of sheets of paper to the clerk, who handed them up to the judge.

“What I mean is, is the underlying judgment still valid? After this length of time, if it hasn’t been revived, it’s probably unenforceable. Is the contempt civil or criminal?”

The two marshals looked at each other.

“You don’t have to answer that,” Judge Boucher said, reading the file. “Most judges don’t know the difference. I’m going to give this man the benefit of the doubt. Undo his handcuffs.”

There was movement under the man’s bushy gray beard. It was a smile. Rather than hold his hand out for the cuffs to be unlocked, the prisoner dropped his arms, and the cuffs fell and clanked to the floor.

The judge cracked a smile himself. “What’s your name, sir?”

“Have you eaten lately, Mr. Palmetto?”

“I had something yesterday, sir.”

“Good. Tell you what I’m going to do. One of these two gentlemen is going to my office to get on the computer and check the records to see if there are any other warrants or outstanding enforceable judgments against you. The other marshal is going to stay here while you tell me about this contempt order Judge Epson entered against you all those years ago.”

“Good. Sandwich and a Coke all right? I’ll have someone bring them here.”

“Could you make that a Diet Coke, Your Honor?”

Disposition of the matter took about as long as it took to eat the sandwich. Palmetto had been held in contempt for failure to appear and produce documents in a case that was later dismissed on plaintiff’s motion about a year after the contempt was ordered. He stated that his business had been burned to the ground about that same time and any documents he might have had were long since destroyed, thus rendering moot any basis for contempt. The marshal returned and admitted that he could find no other judgments against him. The two marshals and court reporter were dismissed. Only the judge and the former fugitive were in the courtroom, the judge escorting the frail man to the exit.

“Off the record,” Judge Boucher asked, “why didn’t you appear in court that day?”

“I’d have been killed, just like my lawyer was,” Palmetto said.

Bob Palmetto turned and pointed his bony finger toward the now empty bench where, for the last twenty-five years until this morning, District Judge Epson had presided. 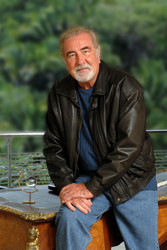 David Lyons was born in England, but he was raised and educated in the U.S. and abroad. After obtaining his license to practice law, David pursued advanced studies in international law and worked in Paris, France. He is currently at work on his next novel.