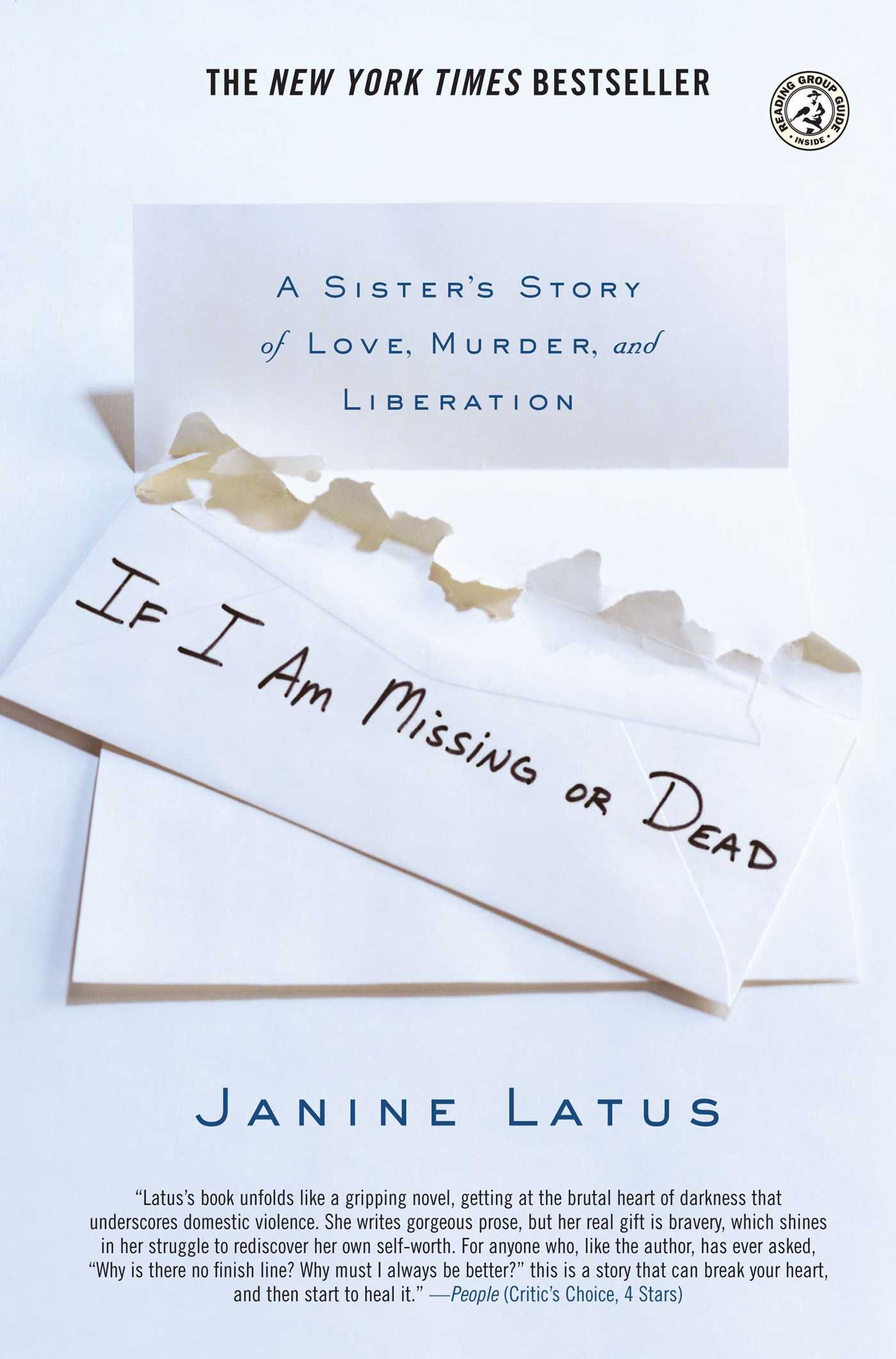 If I Am Missing or Dead

A Sister's Story of Love, Murder, and Liberation

In April 2002, Janine Latus's youngest sister, Amy, wrote a note and taped it to the inside of her desk drawer. Today Ron Ball and I are romantically involved, it read, but I fear I have placed myself at risk in a variety of ways. Based on his criminal past, writing this out just seems like the smart thing to do. If I am missing or dead this obviously has not protected me...

Ten weeks later, Janine Latus had left her marriage. She was on a business trip to the East Coast, savoring her freedom, attending a work conference, when she received a call from her sister Jane asking if she'd heard from Amy. Immediately, Janine's blood ran cold. Amy was missing.

Helicopters went up and search dogs went out. Coworkers and neighbors and family members plastered missing posters with Amy's picture across the county. It took more than two weeks to find Amy's body, wrapped in a tarpaulin and buried at a building site. It took nearly two years before her killer, her former boyfriend Ron Ball, was sentenced for her murder.

Amy died in silent fear and pain. Haunted by this, Janine Latus turned her journalistic eye inward. How, she wondered, did two seemingly well-adjusted, successful women end up in strings of physically or emotionally abusive relationships with men? If I Am Missing or Dead is a heart-wrenching journey of discovery as Janine Latus traces the roots of her own -- and her sister's -- victimization with unflinching candor. This beautifully written memoir will move readers from the first to the last page. At once a confession, a call to break the cycle of abuse, and a deeply felt love letter to her baby sister, Amy Lynne Latus, If I Am Missing or Dead is an unforgettable read.

By clicking 'Sign me up' I acknowledge that I have read and agree to the privacy policy and terms of use. Free ebook offer available to NEW CA subscribers only. Offer redeemable at Simon & Schuster's ebook fulfillment partner. Must redeem within 90 days. See full terms and conditions and this month's choices.
Reader's Group Guide for If I Am Missing or Dead by Janine Latus

In a memoir that is by turns harrowing and humorous, Janine Latus recounts both her own and her sister Amy's dealings with men, beginning with their father. From the traumatic childbirth experiences of their mother to the daily reminders from their father that their looks are what matter most, both Janine and Amy take away from their childhood's a sense that, as young women, they are unworthy, even sinful, by nature. In spite of their strength, intelligence, and strong bond with each other, both Janine and Amy find themselves trapped in relationships with abusive and controlling men. Fortunately, Janine is able to escape this cycle. Amy, however, does not.
If I Am Missing or Dead explores issues faced by all women in our society and particularly by those who have experienced physical or emotional abuse. Janine's story vividly illustrates the wide spectrum of abusive behavior and depicts the cycle of self-doubt that can lead smart, attractive women to remain in abusive relationships. If I Am Missing or Dead is also the story of a woman finding her voice and making sense of her own story: for herself, for her sister, for women everywhere.

Questions for Discussion:
1. Why do you think Janine chose to tell her own story alongside Amy's story?
2. Both Amy and Janine have troubled relationships with their bodies. While Amy struggles with her weight, Janine seems to be addicted to exercise and weight loss. How do the sisters' respective difficulties with body image affect their relationships? Where did these problems originate?
3. When she is twelve years old, Janine is attacked and nearly raped by a neighbor, Mr. Johnston. Examine her parents' responses to this event. What messages do these responses send?
4. Janine and Amy's mother undergoes several traumatic experiences associated with childbirth, including losing a child and nearly dying herself. How were these events treated within the Latus household? What lessons does Janine draw from them?
5. "In church I learned: Girls are seductresses, starting with Eve, who got us all kicked out of the Garden of Eden by being weak, by taking a bite from the tree of knowledge, and -- most important -- by enticing poor, innocent Adam to do the same" (29). What role does Janine's religious education play in the development of her self-image? How are her early sexual experiences affected by what she learns in church?
6. Compare Amy's relationships with men to Janine's. What differences do you see? What similarities?
7. If I Am Missing or Dead depicts many different kinds of abuse. Compare Janine's father's abuse of his wife and children, Michael and Kurt's abuse of Janine, and Ron Ball's abuse of Amy. What is the author's view of these different kinds of abuse? Do you agree?
8. Make a list of the men with whom Janine has sexual encounters and/or relationships, beginning in her early adolescence. What does she learn from each of these encounters? How do they shape the person she becomes?
9. In spite of her difficulties with men, Janine manages to become a successful journalist and ultimately she finds the strength to leave her marriage. What are the sources of strength in Janine's life? Were there positive aspects of her childhood that allowed her to cultivate self-confidence in certain areas? What is different about her personality in comparison to Amy's that shelters this strength?
10. Why is Amy unable to extricate herself from a relationship that she suspects may end with her death?
11. How does Janine and Amy's father affect the way they see themselves as girls, as teenagers, and later as women? Try to recall specific instances of their father's behavior that you think had an impact.

Enhance Your Readers' Group
1. Use the Internet to locate and contact a local battered women's shelter or other organization devoted to helping women. Find out whether they accept donations and what they need most. Then, have members of your group collect clothing, food, and/or gently used appliances to donate.
2. Visit www.janinelatus.com and print out some of the author's articles, available on the website, to read as a group.
3. Hold a fundraiser for Amy's Courage Fund (www.amyscourage.org) or another charity devoted to stopping domestic violence. Instead of the usual bake sale, why not host a reading, inviting members of your group and other local writers to share their writing, and ask guests for a small donation? 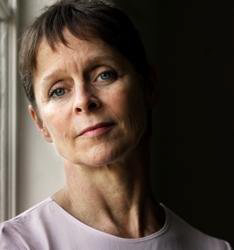 Janine Latus is a freelance writer, radio commentator, and regular speaker on domestic abuse issues. She has also taught writing and journalism at several universities and is on the board of directors of the American Society of Journalists and Authors. She lives in Virginia. If I Am Missing or Dead is her first book.

"From the first line I was captured and couldn't put the book down. In these pages is the echo of so many other stories I have known. You may have known Amy. You might have been Amy. I could have been Amy. For anyone trapped in the maddening internal banter that justifies another's sinister actions, read this book. You will walk taller from these pages. A story of heartbreak and liberation."
-- Julie Gregory, author of Sickened

"Janine Latus' memoir of domestic abuse depicts two life journeys: Janine's own escape from a violent boyfriend and her sister's tragic death at the hands of one. Both stories are powerful cautionary tales that shine a bright light into the darkness of domestic abuse. There are no heroes here -- just real people whose bravely told stories could save lives."
-- Betsy Lerner, Author of Food and Loathing

If I Am Missing or Dead

A Sister's Story of Love, Murder, and Liberation