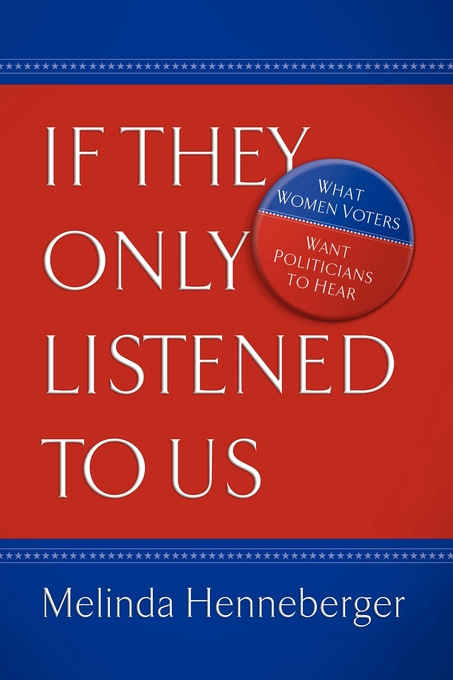 By Melinda Henneberger
LIST PRICE $19.99
PRICE MAY VARY BY RETAILER

Soon after the 2004 presidential election, veteran reporter Melinda Henneberger set out across the country to listen to women of all ages and occupations express their strong opinions on the major issues of our time. Over eighteen months she spoke in depth and at length with more than two hundred women in twenty states, from Massachusetts to Arizona and Oregon to Texas. She discovered how unheard women feel, how ignored and disregarded by both major parties and by most politicians.

Listening to women all over the nation -- not only on what are traditionally thought of as "women's issues" but on issues of paramount importance to all Americans -- Henneberger shines a light on what women voters are thinking and how that translates into how and for whom they vote.

The issues that these women focused on were Iraq, abortion, the environment, globalization (and job loss), and corruption (and lack of trust) in the government and the entire electoral process. Again and again these women of all ages, social classes, and regions returned to the matter of authenticity. And they came back again and again to their commonly held feeling that neither party takes any genuine interest in their actual lives, that politicians across the board seem, as a young waitress in Sacramento put it, "to be talking about people who don't exist."

A patient, sensitive, experienced, intelligent listener, Henneberger reports how women feel about the nation's politics and politicians. Her findings will surprise you. Knowing the answers these women give will tell you a great deal about how the next presidential and other elections will be decided. 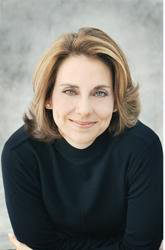 Melinda Henneberger is a former reporter for The New York Times and a former contributing editor for Newsweek magazine. She lives with her husband and their two children outside Washington, D.C.

"In If They Only Listened to Us, Melinda Henneberger offers politicians a witty, incisive, and sharp direction manual for making the gender gap work to their advantage. Anyone interested in politics, and how to be successful in politics, would be wise to pay attention. She knows what she's talking about and she's right."

"Pioneering a new and bracing form of journalism, Melinda Henneberger offers an inspiring break from the normal run of political analysis. If They Only Listened to Us will be one of the best explanations we get for how George W. Bush could rise so high and fall so low. The president would have done well to listen to them, the people in this book."

"I am not a woman or a politician, but this is a must-read for anyone who is fascinated by, passionate about, or at all concerned with politics. Melinda Henneberger opened my eyes to critical issues around abortion and gay rights that have changed my thinking on these issues."

-- Robert Greenwald, producer and director of Wal-Mart: The High Cost of Low Price and Iraq for Sale

"This is the book that will make you care about politics again. Melinda Henneberger's storytelling is so revelatory and the women she talks to so wise that readers simply won't be able to look at '08 as just another red-versus-blue horse race. Her highly personal account reintroduces us to all of the issues that matter most, as they are actually lived and deeply felt."

-- Arianna Huffington, author of On Becoming Fearless and editor in chief of the HuffingtonPost.com

"Everyone claims to know what women want, but Melinda Henneberger actually went out and asked them. In this engaging, eye-opening book, she gives voice to their hopes, concerns, and especially their frustrations. Both political parties would be wise to listen."

-- Amy Sullivan, contributing editor of The Washington Monthly and author of the forthcoming Resurrection: Why Democrats Need to See the Light if They Want to Win the White House

By Melinda Henneberger
LIST PRICE $19.99
PRICE MAY VARY BY RETAILER