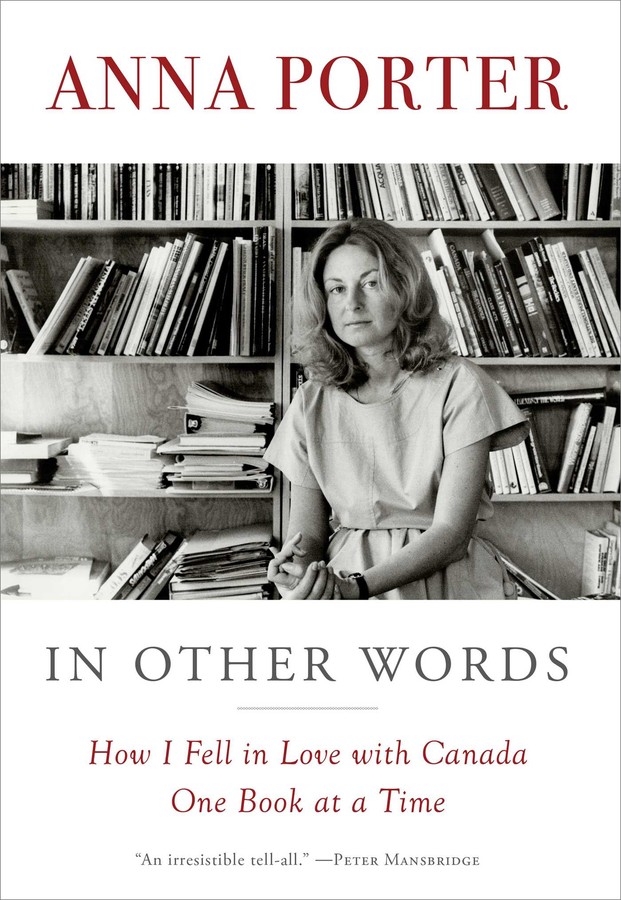 By Anna Porter
LIST PRICE $21.99
PRICE MAY VARY BY RETAILER

In Other Words is a lively, charming, gossipy memoir of life in the publishing trenches and how one restlessly curious young woman sparked a creative awakening in a new country she chose to call home.

“We need our own dreams.” —Anna Porter

When Anna Porter arrived in Canada in early 1968 with one battered suitcase, little money and a head full of dreams, she had no idea that this country would become her home for the rest of her life, or that she would play a major role in defining what it means to be Canadian. And where better to become a Canadian than at the dynamic publishing house, McClelland & Stewart, an epicentre of cultural and artistic creation in post-Expo Canada?

Anna Porter’s story takes you behind the scenes into the non-stop world of Jack McClelland, the swashbuckling head of M&S whose celebrated authors—Leonard Cohen, Margaret Laurence, Pierre Berton, Peter C. Newman, Irving Layton, Margaret Atwood—dominated bestseller lists. She offers up first-hand stories of struggling young writers (often women); of prima donnas, such as Roloff Beny and Harold Town, whose excesses threatened to sink the company; of exhausted editors dealing with intemperate writers; of crazy schemes to interest Canadians in buying books. She recalls the thrilling days at the helm of the company she founded in the 1980s, when Canada’s writers were suddenly front-page news. As president of Key Porter Books, she dodged lawsuits, argued with bank managers, and fought to sell Canadian authors around the world. This intriguing memoir brings to life that time in our history when—finally—the voices Canadians craved to hear were our own.

In Other Words is a love letter to Canada’s authors and creative agitators who, against almost impossible odds, have sustained and advanced the nation’s writing culture. Moving effortlessly from the boardrooms of Canada’s elite and the halls of power in Ottawa, to the threadbare offices of idealistic young publishers and, ultimately, to her own painful yet ever-present past in Hungary, Porter offers an unforgettable insider’s account of what is gained—and lost—in a lifetime of championing our stories. 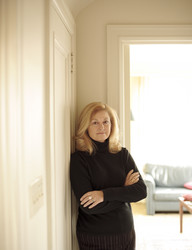 Anna Porter was born in Budapest, Hungary, during the Second World War and escaped with her mother at the end of the 1956 revolution to New Zealand, where she graduated with an MA from Christchurch University. Like so many young Kiwis, after graduation she travelled to London, England, where she had her first taste of publishing. In 1968, she arrived in Canada, and was soon swept up in the cultural explosion of the 1970s. At McClelland & Stewart, run by the flamboyant Jack McClelland, she quickly found herself at the heart of Canadian publishing. In 1982, she founded Key Porter Books and published such national figures as Farley Mowat, Jean Chrétien, Conrad Black, and Allan Fotheringham. She went on to write both fiction and nonfiction works, including Kasztner’s Train, which won the Writers’ Trust Nonfiction Prize and the Jewish Book Award, The Ghosts of Europe, which won the Shaughnessey Cohen Prize for Political Writing, and has published four mystery novels. She is an Officer of the Order of Canada and a recipient of the Order of Ontario. She lives in Toronto with her husband, Julian Porter. Visit her at AnnaPorter.ca.

"This book is like reading Anna Porter's personal diary as she chronicles -- with wit and wisdom-- the most amazing era of books and book publishing in Canadian history. Full of stories, secrets and wry observations, it turns literary legends into real people -- Atwood, Lawrence, Cohen, Purdy, Birney, the great Jack MacClelland and dozens of others are all here in these pages, struggling with their own trials and tribulations. Plus attending amazing parties! This book will make you yearn for the Golden Age of Canadian culture."

– Carol Off, journalist and bestselling author of All We Leave Behind

Praise for The Storyteller

"The Storyteller speaks eloquently of the uses—and misuses—of history and the power of narrative.”

“Represents a much higher level of literary accomplishment, a worthy addition to the growing literature of displacement, and a poignant reminder that the best history is not always written by the winners.”

“Porter manages a difficult feat—she conveys the heartbreaking innocence of childhood with an overlay of the knowledge and humour of the person she is today.”

Praise for The Ghosts of Europe

“Porter offers a succinct, highly readable, contemporary history, interspersed with interviews with influential national figures regarding past, present and future.”

“Anna Porter’s book on the genocide in Hungary’s Jewish communities is the best book on the Holocaust by a Gentile ever written and rivals Prof. Michael Maruss’ holocaust work on the subject. Anna Porter is an absolute marvel as a historian of the Nazis and the Jews in Hungary."

"A gripping work of popular history.”

“A compelling narrative that does great justice to Kasztner’s memory.”

By Anna Porter
LIST PRICE $21.99
PRICE MAY VARY BY RETAILER