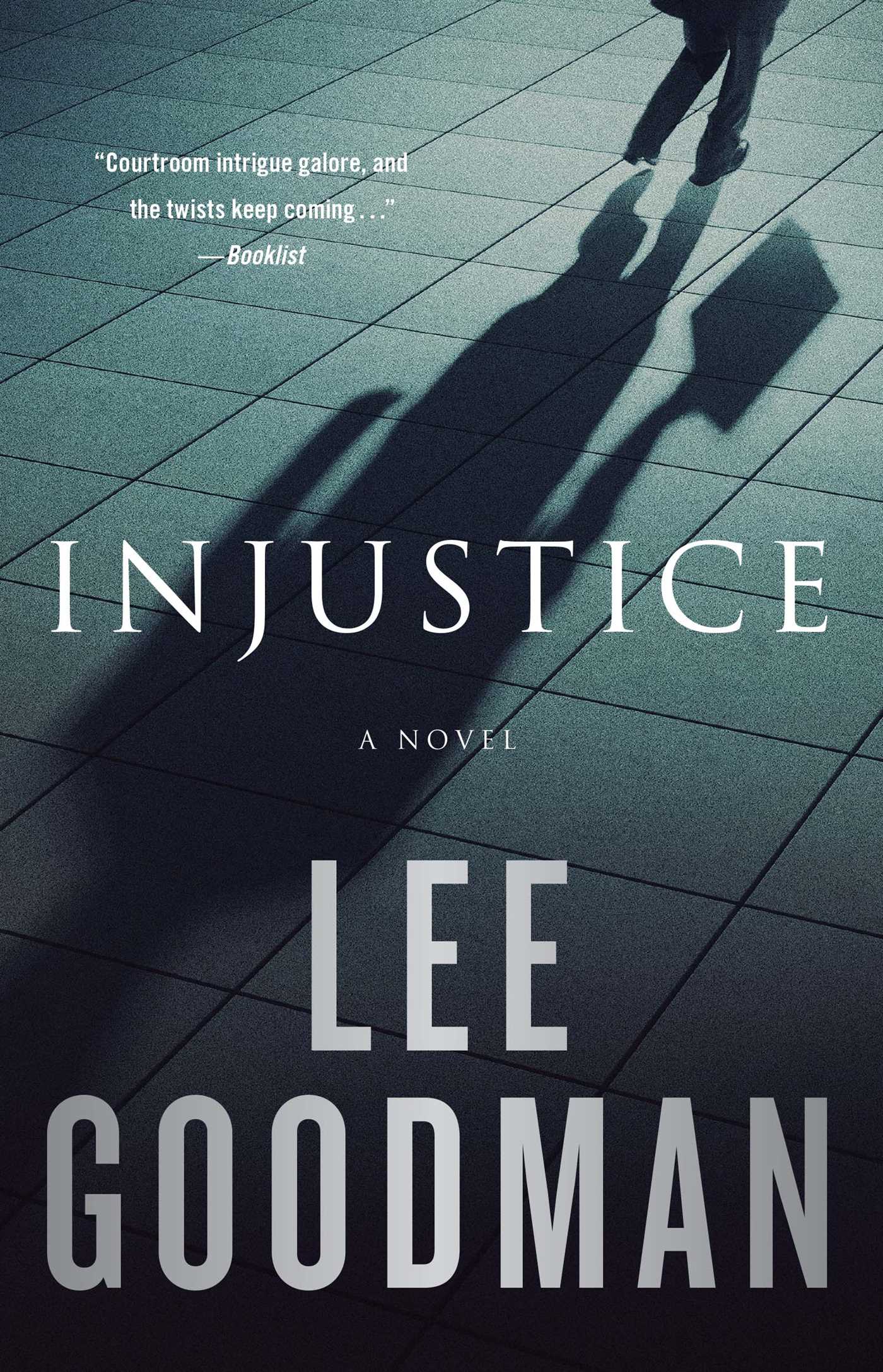 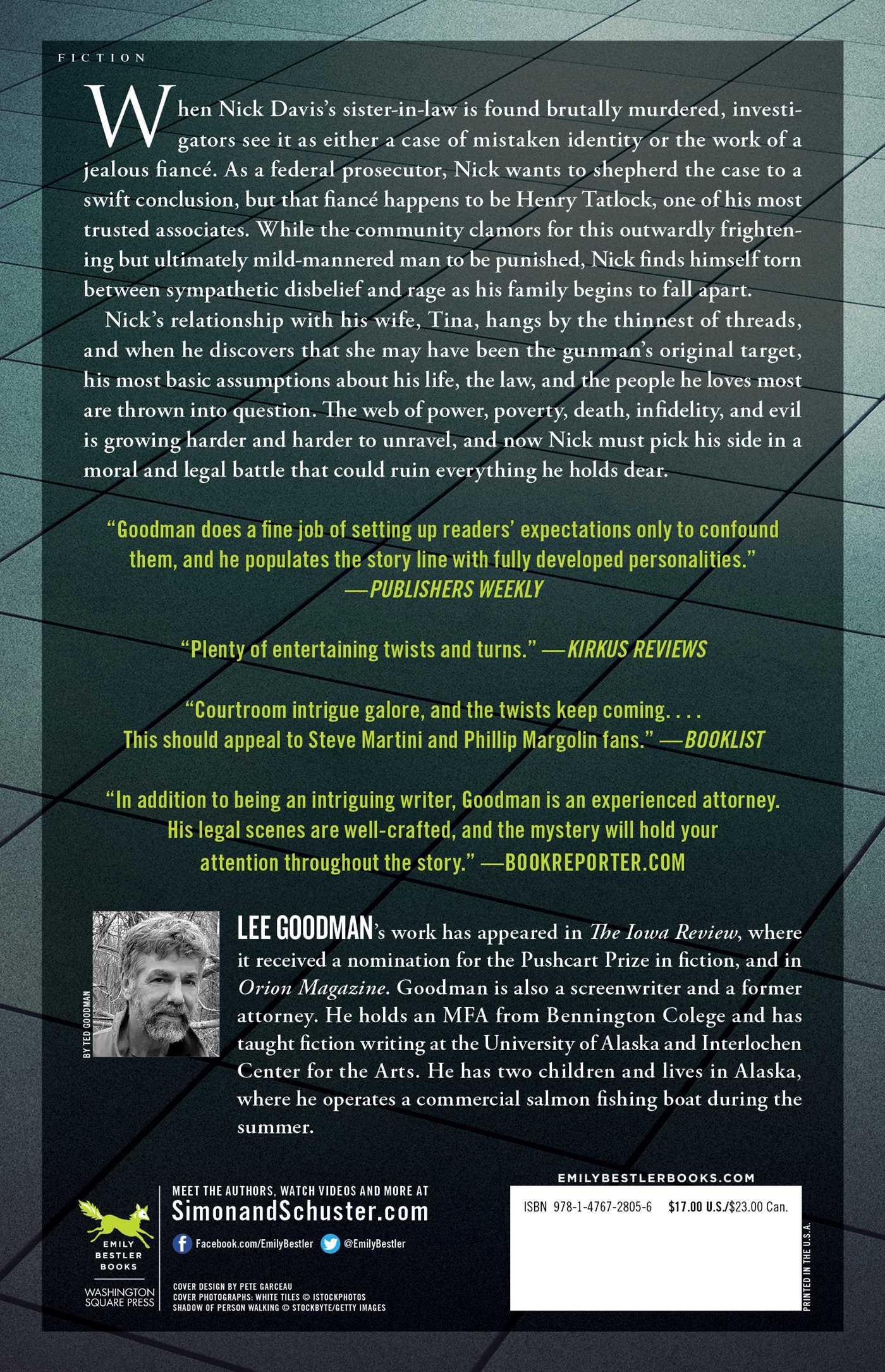 From the author of the “stellar” (Publishers Weekly) Indefensible comes a “complex and intelligent” (John Lescroart, New York Times bestselling author) legal mystery and courtroom drama that inhabits the blurry boundary between guilt and innocence when a murder sends one family’s life into a tailspin.

Someone close to Nick Davis is murdered. Investigators see it as either a case of mistaken identity or the work of a jealous fiancé. As a federal prosecutor, Nick tries shepherding the case to a swift conclusion, but it keeps slipping away.

Meanwhile, Nick’s relationship with his wife, Tina, hangs by the thinnest of threads. She is also a lawyer, working to vindicate a young man convicted of killing a child eight years previously. When old DNA evidence is uncovered in the murder case, its analysis hurls Nick’s universe into upheaval—his most basic assumptions about his life, the law, and the people he loves most are thrown into question.

That, in any case, is the opinion of a character from the funny pages, which I have taped to the stand of my desk lamp here at the cabin. Lizzy, my eighteen-year-old daughter, clipped the panel and glued it to an index card for me last July. “Dad, this made me think of you,” she wrote.

But that was before the murder, and it was before my wife, Tina, suggested I find an apartment where I could live alone while she stayed home with our son, Barnaby, using my absence to “figure some things out.” And it was before I discovered that the very incarnation of evil and misery had burrowed its way into the heart of my job and family.

It was on July 3, Barnaby’s fourth birthday, when Lizzy gave me that cartoon, but the gesture wasn’t as sweet as it sounds. The character in the comic strip wears a squiggle-mouth expression of befuddlement as if the idea of life’s sweetness is an alien concept that the androgynous little freak has just stumbled upon at that moment. It taunts me, daring me to burn it, flush it, crumple it, stomp on it—whatever—smug in its certainty that anything I do to be rid of its hateful irony will only invite more calamity.

Life is not sweet.

But on July 3 I still had a simplistic confidence in my identity as a vigilant father, a loving and beloved husband, and a shrewd federal prosecutor.

The third was a Wednesday. I remember because one of the assistant U.S. attorneys had a trial that day, which was the first event in what we, in the U.S. Attorney’s Office, expected to be a wide-ranging series of prosecutions for bribery, extortion, and political corruption. This first case would be the quick trial of an unimportant player. My associate Henry Tatlock was going to try the case. Henry was a new lawyer and relatively untested in the courtroom, so I was second-seating for him.

I felt good about the trial. I liked playing mentor to new lawyers like Henry. Also, I was excited—the whole office was excited—about the burgeoning corruption investigation. This trial was the warm-up act, the first rollout.

I was also happy about the trial because of a little deception I was perpetrating on the court. The trial would take no more than one day, but when I saw that we were calendared for Wednesday, July 3, I told Henry to inform the clerk’s office that we expected to need two days. Everybody blocked out Wednesday the third and Friday the fifth for trial. The fourth, of course, was a holiday. So if we actually did wrap up trial on Wednesday, and we all celebrated July 4 on Thursday, we’d have Friday the fifth completely open. Voilà! I’d created a four-day weekend!

Every year on July 4, the city has a celebration at Rokeby Park, with an evening concert by the state symphony orchestra, ending with an exorbitant fireworks display. No matter how cynical you are, it’s hard not to feel some civic pride in the renaissance of this once-rotting mill town that has clawed its way back from the despair and economic desperation of the ’70s and ’80s.

Barnaby was especially looking forward to the fireworks. Tina kept warning him that the booms and pops could be scary, but he wasn’t having it. He just ran around the house screaming “Boom!” and throwing his hands in the air.

We had invited the extended family over for a barbecue before the concert on the Fourth. On the fifth, if my scheme worked, Tina and Barn and I would drive up to our cabin on the lake for the weekend to formally celebrate Barn’s birthday.

Adding to all this, Tina and I were quietly celebrating another milestone. Two years earlier Tina had had a malignancy removed from her left breast. The surgery went well, but a year and a half later, her doctor found “something of concern” in the latest mammogram. He wanted to give it six months and then look again. Now the six months were over, and the follow-up exam, done just two days before Barn’s birthday, had given Tina a clean bill of health. We were confident and excited about our future. 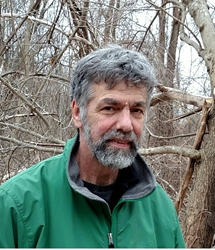 Lee Goodman’s work has appeared in the Iowa Review, where it received a nomination for the Pushcart Prize in fiction, and Orion Magazine, among other publications. During the summers, Goodman works as a commercial fisherman in Prince William Sound, where he operates his own salmon fishing boat. He is also a screenwriter and an attorney with a small practice in workers’ compensation law. Goodman has taught fiction writing at the University of Alaska and at Interlochen Academy for the Arts. He lives in Alaska with his two children.

"Goodman does a fine job of setting up readers' expectations only to confound them, and he populates the story line with fully developed personalities."

"Plenty of entertaining twists and turns."

"Lee Goodman has established himself as a writer of national consequence, deserving of a wide readership."

"In addition to being an intriguing writer, Goodman is an experienced attorney. His legal scenes are well-crafted, and the mystery will hold your attention throughout the story."