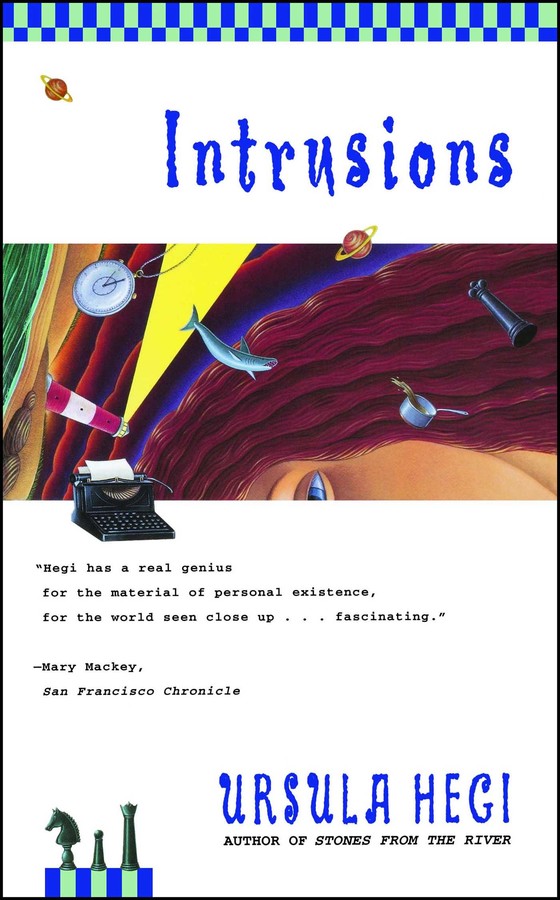 Brilliantly stretching literary conventions, Ursula Hegi, author of the best-selling Stones from the River, creates a funny and original novel within a novel to explore the doubts, decisions, and "might-have-beens" that mark not only the writing process but life itself. As her "author" and her fictional heroine deal with their intrusions into each other's lives, Hegi reveals much about the choices women make, the ambiguities they face, and the often surprising ways reality and fiction merge.

Megan Stone was walking along the deserted beach.

You will probably ask, Why another book about another woman walking along another beach? Another deserted beach, to be more specific. And you will sigh impatiently, wondering how soon Megan is going to arrive at some monumental insight which will liberate her dramatically from her husband, the demands of her children, and the eighty or ninety Christmas cards she feels obligated to send every year -- an insight which will leave her alone in an open-ended situation that could lead anywhere, not excluding nowhere.

Perhaps you imagine their bodies entangled in one of those small harbors of safety among the dunes, those little alcoves away from the ocean where the tall blades of grass protect them from being seen, where the fine sand is soft and white. You can follow the course of Y.L.'s suntanned hands as they explore Megan's body. She arches her back, moaning, as he parts her thighs with his bearded chin, his face nuzzling against the warm softness, his agile tongue circling and probing. She locks her fingers into his thick black hair. Y.L. comes up for air and gets sand up his nose, while Megan, sitting up as she hears him cough and sneeze, gets sand up her...

There! Nothing like having your fantasy disrupted by the probabilities of reality. Of course you could have prevented this by including a blanket, one of those woven, striped Indian affairs in rich earthy colors: terra-cotta, Sahara beige, harvest yellow, tobacco brown. Or their position could be entirely different, precluding the possibility of sand obstructing the course of events.

Perhaps you don't want to imagine Megan in the traditionally submissive position, yielding only to those sensations that Y.L. chooses to expose her to. Yours might be a more aggressive, a more independent approach: Y.L. on his back, his knees bent, the only slightly callused soles of his feet digging into the warm sand, the muscles in his thighs trembling with what soon will be ecstasy, as Megan mounts the erection she created, lowering herself, slowly rotating while guiding Y.L.'s right hand to her clitoris (we'll do without worn terms such as surging, throbbing, sliding, etc.), then abandoning herself in a wild ride that would leave Attila the Hun in a cloud of dust, her long, wheat-blond hair whipping the salty breeze like a victorious banner. 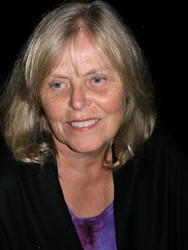 Ursula Hegi is the author of The Worst Thing I've Done, Sacred Time, Hotel of the Saints, The Vision of Emma Blau, Tearing the Silence, Salt Dancers, Stones from the River, Floating in My Mother's Palm, Unearned Pleasures and Other Stories, Intrusions, and Trudi & Pia. She teaches writing at Stonybrook's Southhampton Campus and she is the recipient of more than thirty grants and awards.

Mary Mackey San Francisco Chronicle Hegi has a real genius for the material of personal existence, for the world seen close up...fascinating.

Robert Sorensen Minneapolis Tribune A delightful and perceptive novel about the creative process and the nature of reality.

Robin Morgan Ursula Hegi has given us a lively first novel about the layered realities of a woman's life. It's funny, and sad, and an old-fashioned "good read."

Victoria Kohl Los Angeles Herald Examiner Hegi's sharp perceptions, humor and talent...have created a unique and satisfying read about the burden of being responsible for ourselves.