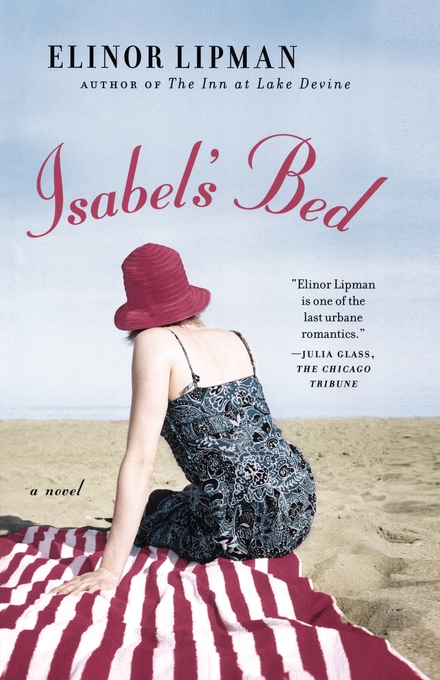 When Harriet Mahoney first sees it, Isabel Krug's bed is covered with sheared sheep and littered with celebrity biographies. Unpublished, fortyish, and recently jilted, Harriet has fled Manhattan for Isabel's loudly elegant Cape Cod retreat, where she will ghostwrite The Isabel Krug Story, based on the sexy blond's scandalous tabloid past. Unusually "talented" in the man department ("I give lessons"), Isabel revamps and inspires Harriet as they gear up to tell all, including the tangled history Isabel shares with her odd lodger, Costas. Life according to Isabel is a nonstop soap opera extravaganza, an experience to be swallowed whole -- and the attitude is catching....

WINTER BEFORE LAST, a tea-leaf reader at a psychic fair looked into my cup and said she saw me living in a house with many beds and a big-mouth blonde. At the time it meant nothing to me. I was sharing a one-bedroom apartment in Manhattan with a balding, malcontent boyfriend of twelve years, who said we'd get married if I conceived his child or when he felt like it. Since I was looking for literary prophecies -- that I'd write a best-seller or at least find an agent -- and because my tea-leaf reader wore, in a room full of gauzy peasantwear, a knock-off Chanel suit, I moved on to another booth.

Six weeks later, Kenny took me out to dinner at an expensive chef-owned restaurant and told me he was ambivalent about us. I said what I'd been saving for such an occasion -- that we were commonlaw spouses by now and he'd better get over his ambivalence.

"I met someone," he replied.

There went twelve years: my youth. In three months, he was married.

So at forty-one, feeling like eighty, I was looking for something -- a job, a friend, a hiding place where I could live out my days -- when I overheard a stranger on the subway confide to her seatmate, "There are no guarantees in this world, but chances are that people who take out ads in the New York Review of Books aren't idiots or crooks." I bought my first issue and read the personals for laughs, circling one or two that didn't ask for "pretty" or "vivacious" before my eyes wandered into "Share." And there it was, my answer, my job, my tea-leaf destiny:

Book in progress? While you're at it, why not share my Cape retreat? Gourmet kitchen, beach rights, wild blueberries. Considering lap pool. Roomy and peaceful: your life will be your own. Write me about your spectacular self. Room and board negotiable in exchange for services. Include writing sample. Box 8152.

"Harriet Mahoney," I heard between the lines, "Your troubles are over. Box 8152 will cure everything that's been wrong with your life." I could see myself, a better me, at this Cape retreat: at my typewriter, sharing thoughts and kitchen
privileges with a kindred soul, baking wild blueberries into muffins.

In the past, I would have signed up for a course on pouring my heart into a cover letter, but I figured even prophecies had expiring deadlines. I had to write the letter of my life, threading my frayed self through the eye of the employment needle into the Yes pile; to find the silver lining in the fact that I'd spent my thirties unofficially engaged to a spoiled child; to put a good face on my B.A. in English from a defunct women's college, my two unpublished novels, and a string of secretarial jobs where I had learned to clear the paper path in all makes of copying machines.

So I wrote that for twelve years I had successfully shared quarters with a challenging roommate, that I was intelligent, considerate, and neat. I sent a laser-printed chapter from my first novel, American Apology, along with its best rejection letter ("competently written, at times even affecting") and a short story that my writing group insisted The New Yorker should have taken.

Although dozens of people applied, people with Ph.D.s and hardcover contracts, it was my letter that Isabel Krug liked best. "I didn't want any big shots," she told me later. "No prima donnas. You sounded normal."

She liked the "secretary" part. She wanted someone to ghostwrite her story, and she figured if it were a simple matter of channeling her voice through someone else's fingertips, why not a blunt set that typed 105 words a minute?

Over the phone she asked without apology how old I was, if I'd been in jail, if I had AIDS or the HIV virus, if I'd be squeamish about male visitors, and if I drove a stick.

It wasn't a tone I could stand forever, but it was offering what I needed. Assuming I had beat out the others on the strength of my prose and my suddenly spectacular self, I accepted ecstatically. Without meeting Isabel Krug. Without asking who else lived in this Cape retreat. Without asking what her story was. 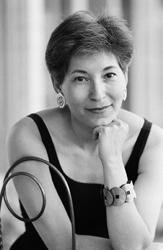 Elinor Lipman started writing fiction by night while working at a teachers’ magazine by day. Her first book, Into Love and Out Again, was published in 1987; its centerpiece was seven connected stories, novella-length, which gave her the courage to try a novel. Then She Found Me came out in 1990 (eighteen years later it was adapted into a feature film), followed by The Way Men Act, Isabel’s Bed, The Inn at Lake Devine, The Ladies’ Man, The Dearly Departed, The Pursuit of Alice Thrift, My Latest Grievance, and most recently, The Family Man. Her honors include the New England Book Award and the Poetry Center’s Fiction Prize. She divides her time between leafy western Massachusetts and New York City. Visit ElinorLipman.com to find out more.

Chicago Tribune If Jane Austen had been born about two centuries later...chances are she'd have written like Elinor Lipman.... One of the last of the urbane romantics.

Carolyn See The Washington Post Book World By about page ten of this novel, the reader gets a...grin on his face, and that grin doesn't really stop for about a week.

People A warm, affecting tale about one smart woman letting go of her dumb choices and fumbling toward love....