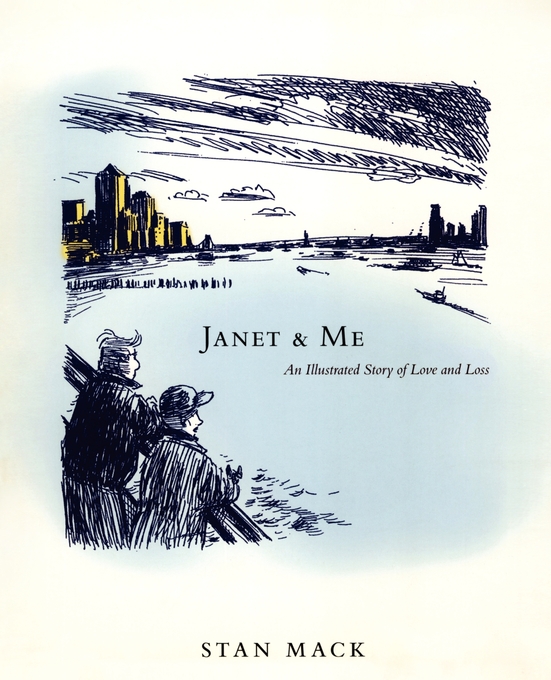 An Illustrated Story of Love and Loss

In words and drawings both candid and human, Stan Mack follows his eighteen-year relationship with Janet Bode, a lighthearted fling that beat the odds to become an enduring love affair. The only thing they couldn't beat was cancer.
As Janet and Stan confront the jagged terrain of cancer, then navigate the twilight of terminal illness, two portraits emerge: of a woman who faced her cancer the same way she lived her life, with guts and charm; and of the man who held her close and shared her struggle. For anyone who can't resist a beautifully told love story, for anyone who is touched by someone suffering from serious illness and looking for emotional and practical guidance, and for anyone who appreciates a life lived to the fullest, Janet & Me will resonate long after the last page is turned.

When Janet first felt the lump in her breast, she didn't tell me and didn't do anything about it for two months. She wasn't especially worried because her yearly mammograms had always been normal. And we were so busy, me with my strips, she finishing her new book for teens, Death Is Hard to Live With.

It wasn't until a letter arrived from a young reader, thanking Janet for her book on teen pregnancy, that she decided to act.

Janet didn't have a regular doctor because she'd always been healthy. For any checkups, she went to her friend Virginia, a physician's assistant. But Virginia was in the midst of moving and so she recommended an MD who examined Janet and sent her for a mammogram.

The letter from the breast diagnostic institute, which provided the results, said they'd found some irregularity. Included with their report was a list of recommended surgeons. Janet chose one who was on her insurance plan and went in for a biopsy.

I remember clearly that it was a bright, sunny day when we made our way to the hospital for the results. Janet talked about the two other women from her writers' group who had already been diagnosed with cancer.

The surgeon met us in a busy and narrow corridor just off the main lobby. There, opposite the cashier's office, he gave us the bad news...and rushed off. His abruptness was so unnerving we could hardly absorb the diagnosis.

We left the hospital looking for a lighthearted way to talk about information that was too new, too scary, too shocking to face directly.

Janet didn't seem to have a self-pity gene. First she minimized the cancer. She wrote in her diary that week, "I am bummed out!" Then she got angry at the universe and moved into a practical high gear. She spread her net wide, looking up organizations, experts, and publications, familiarizing herself with the disease.

She also called friends who tried different ways of cheering her up.

A few days later we met with the surgeon, who recommended a mastectomy. He said he knew Janet would grieve for her breast and be anxious for reconstruction. Janet and I resented his paternalism and his assumptions. We left determined to find a different surgeon, one she could relate to.

"I met Janet at a women's health conference in '85. I loved her sexy joie de vivre and we became buddies. We used to compare notes on boyfriends and the question of having children.

"She said to me, 'Remember, kid, you can't go by conventional guidelines. You and I live on the fringes.'

"Janet had the body arrogance of the very healthy. Illness happened to other people. When she called, her tone was flip. But I knew her well enough to know that the diagnosis had been a real kick in the head."

"Janet was charming, positive, and obviously comfortable with me. Some women are overwhelmed by their cancer. She was herself overwhelming. I was won over.

"We had a breast cancer chat. Her tumor was large-ish, she was small-breasted, and the margins around the tumor had tested positive, so we decided on mastectomy.

"When I operated I had found that she had an aggressive cancer with five lymph nodes involved, though I thought it was at an early stage and treatable. After the mastectomy, Janet was her usual unflappable self."

Beverly recommended an oncologist, Laura. Janet and Laura met and immediately hit it off. Laura appreciated Janet's candor, but her own words seemed studied and nonspecific, always leaving us with handholds on hope.

"Janet's directness hit me in the face. She wanted straight talk, not euphemisms. I told her there was no way to predict the outcome, but that cancer can be controlled."

Laura set up an eleven-month schedule of chemo and radiation. Janet, reporter's notebook in hand, would press Laura for details about everything from side effects to insurance issues. But there was one question we never seemed to hear the answer to. Was it truly impossible to know? Was Laura's response ambiguous? Or did we just refuse to consider the idea of death?

Whatever the truth, Janet went into cancer treatment having decided she was going to live. 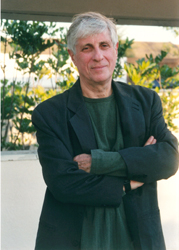 Barbara Ehrenreich author, Nickel and Dimed It wasn't easy for me to read Janet and Me because the book brought back my own breast cancer experience so vividly, but I'm glad I did read it, because it taught me a new trick -- how to giggle and cry at the same time. Thank you, Stan -- and Janet!

Jennie Nash author, The Victoria's Secret Catalog Never Stops Coming and Other Lessons I Learned from Breast Cancer Only an artist at the top of his game -- and the bottom of his life -- could come up with such a quirky mix of realistic, humorous, tragic detail. It charmed my socks off.

Gloria Steinem author, Moving Beyond Words Stan Mack shows that a man can be as caretaking as a woman, and a woman can be as brave, funny, and loving in death as in life. This compassionate, irresistible memoir is a gift to all of us.

Joyce Brabner coauthor, with Harvey Pekar, Our Cancer Year Stan has written and drawn from the heart something for caretakers, the left-behind, the ones wounded in the crossfire of cancer or terminal illness. He speaks to those in love now who would also be in love even after tomorrow is over, by telling an honest story about quality of life, dying, and survival.

An Illustrated Story of Love and Loss