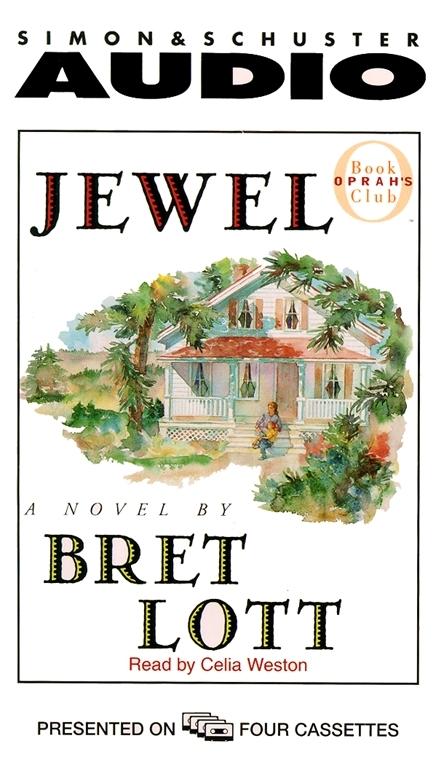 Jewel is the story of how quickly a life can change; how, like lightning, an unforeseen event can set us on a course without reason or compass.

In the backwoods of Mississippi, a land of honeysuckle and grapevine, Jewel and her husband, Leston, are truly blessed; they have five fine children. When Brenda Kay is born in 1943, Jewel gives thanks for a healthy baby, last-born and most welcome.

In this story of a woman's devotion to the child who is both her burden and God's singular way of smiling on her, Bret Lott has created a mother-daughter relationship of matchless intensity and beauty, and one of the finest, most indomitable heroines in contemporary American fiction.

By clicking 'Sign me up' I acknowledge that I have read and agree to the privacy policy and terms of use. Free ebook offer available to NEW CA subscribers only. Offer redeemable at Simon & Schuster's ebook fulfillment partner. Must redeem within 90 days. See full terms and conditions and this month's choices.
Reading Group Guide
SUGGESTED TOPICS FOR DISCUSSION


About the book:
Jewel is Bret Lott's story of an American family's odyssey from the dense backwoods of Mississippi to the dry heat and bright hope of the city streets of Los Angeles. "Sweeping and beautifully written," according to The New York Times Book Review, Jewel is a "parable for our age." It is a journey out of poverty and out of ignorance driven by one woman's unbendable will, and her unstoppable love for her family.
With five healthy children and a war which allows for her husband Leston's steady work -- "a twisted sort of blessing," as Jewel notes -- the Hilburns' are happy and life continues in a slow-paced Mississippi way. But when Jewel and Leston's sixth child is born a "Mongolian Idiot," as the New Orleans doctor declared, their life forever changes and Jewel leads her family on a journey to California that will bring all manner of hardship and joy.
In post-war Los Angeles, a city brimming with promise, Jewel gratefully adopts new terms to replace the stinging words "Mongolian Idiot" that describe her daughter Brenda Kay's situation. She also learns to replace her own words that sting, substituting "colored" for "nigger." And, most importantly, she learns about the force of one person's will, and about the power of love. With these great tools, she forges a mother-daughter bond that strengthens the whole family, allowing for a life as rich in blessings as it is in strife.
Through Jewel's eyes we witness the progress of her family through the generations against the backdrop of an America undergoing its own myriad post-war transformations. A vividly-drawn, indomitable heroine, Jewel's actions define the intensity of mother-child relationships and the depth of family love. "In Jewel's crude but generous understanding," says The Dallas Morning News, "we find not only the human condition, but compassion for the human condition -- and the redemptive power of love..."

Praise for Jewel:
"Bret Lott's Jewel is a beautifully crafted first-person epic of one poor southern woman's personal duel with God...This is a voice we don't want to stop hearing...some of the tenderest scenes of family love since those in Dickens..." -- Chicago Tribune
"Lott is one of the most important and imaginative writers in America today. His eye for detail is unparalleled; his vision -- where he looks -- is like no one else's in this country." -- Los Angeles Times
"Bret Lott has a gift for making the ordinary seem luminous. In Jewel, he applies his art to a broad canvas and produces what may stand as his masterpiece....Lott matches the honest strength of his characters with that of his prose. His jewel is a perfect, seamless union of teller and tale. -- Boston Globe
"Bret Lott's brilliant novel Jewel is a reminder of one of the chief reasons to read: for the experience, for the story. Jewel is a simple first-person tale of a family that faces life with courage, if not always insight, and grows wiser for the doing. The work has the solid characterizations of Steinbeck or Harper Lee -- and the corollary scope and universality of three-dimensional people doing believable things...Bret Lott's creation of full humanity in Jewel, both in voice and spirit is near-perfect....This book is pure gift." -- The Dallas Morning News

About the Author:
Bret Lott is a native of Los Angeles, California. His parents were raised in Mississippi and East Texas and relocated to Los Angeles in the 1950's. It is this Southern heritage -- all the way back to the War Between the States -- on which Mr. Lott has drawn in writing Jewel. He is the author of five highly acclaimed novels, The Man Who Owned Vermont, A Stranger's House, Jewel, Reed's Beach, and The Hunt Club, as well as two collections of widely anthologized short stories, A Dream of Old Leaves and How to Get Home, and a memoir, Fathers, Sons, and Brothers. He lives with his wife and two sons near Charleston, South Carolina, and teaches at the College of Charleston and Vermont College.
Bret Lott
Celia Weston