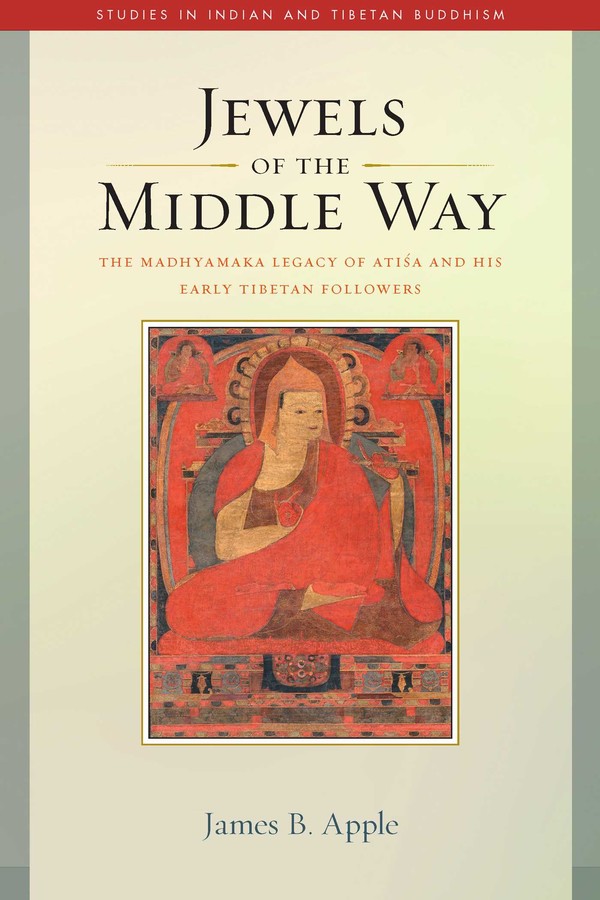 Jewels of the Middle Way

The Madhyamaka Legacy of Atisa and His Early Tibetan Followers

This book presents a detailed contextualization of the Madhyamaka (Middle Way) school in India and Tibet, along with translations of several texts in the Bka’ gdams gsung ’bum (Collected Works of the Kadampas), recently recovered Tibetan manuscripts that are attributed to Atisa and Kadampa commentators. These translations cohere around Atisa’s Madhyamaka view of the two realities and his understanding of the practice and the nature of the awakening mind.

The book is organized in three parts based on the chronology of Atisa’s teaching of Madhyamaka in India and Tibet: (1) Lineage Masters, the Mind of Awakening, and the Middle Way; (2) Articulating the Two Realities; and (3) How Madhyamikas Meditate. Each part focuses on a specific text, or set of texts, specifically related to Atisa’s Middle Way. The authorship and date of composition for each work is discussed along with an outline of the work’s textual sources followed by an analysis of the content.

“The great Bengali master Atisa, esteemed for his role in restoring the Dharma to Tibet in the eleventh century, has long been a figure more revered than read. This problem is eloquently solved with James Apple’s study, which contains translations of works by Atisa and his followers that had been long forgotten. This single volume reshapes our understanding of the origins of Madhyamaka in Tibet.”

“In recent years, James B. Apple has established himself as one of the leading scholars of the contributions made by Atisa (d. 1054) and the older Kadampa thinkers to Madhyamaka philosophies and theories of liberation. Apple's scholarship is marked by careful translations and analyses of the relatively little known and only recently published Tibetan works on which he has focused his attention over the last decade. Consisting in part of a revision of his own previously published work, the present volume is a highly welcome addition to the field and adds much to our understanding of the way in which Indian Madhyamaka philosophy and soteriology was introduced in the Tibetan world and how it was received and developed in certain intellectual circles. Jewels of the Middle Way is an excellent introduction to an important phase of Tibetan Buddhist intellectual and religious history.”

Jewels of the Middle Way

The Madhyamaka Legacy of Atisa and His Early Tibetan Followers

More books in this series: Studies in Indian and Tibetan Buddhism