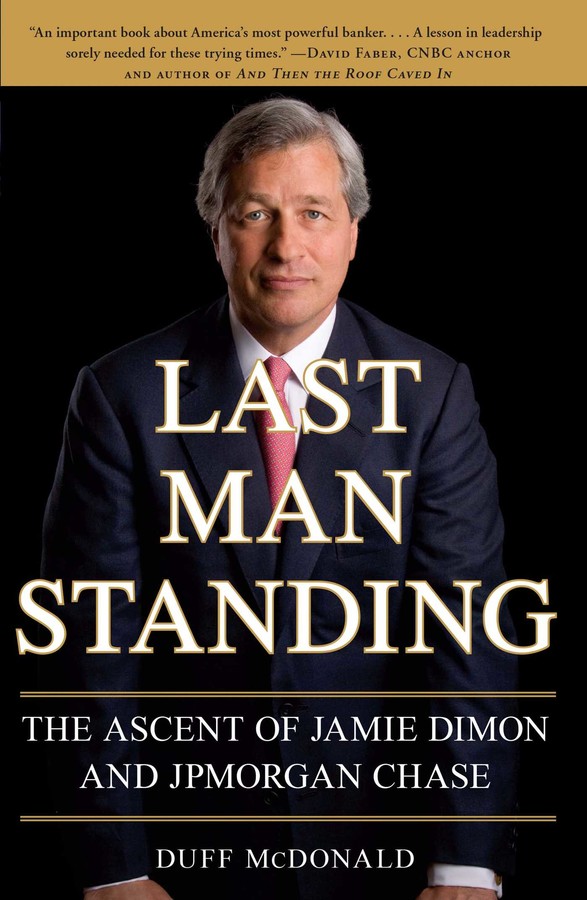 The Ascent of Jamie Dimon and JPMorgan Chase

In the midst of the most disastrous economic climate of Wall Street’s history, one executive has weathered the storm more deftly than any other: Jamie Dimon, chairman and CEO of JPMorgan Chase. In 2008, while Dimon’s competitors watched their companies crumble, JPMorgan not only survived, it made an astonishing $5 billion profit. Dimon’s continued triumph in the face of an industry-wide meltdown has made him a paragon of finance.

In Last Man Standing, award-winning journalist Duff McDonald provides an unprecedented and deeply personal look at the extraordinary figure behind JPMorgan’s success. Using countless hours of interviews with Dimon and his full circle of friends, family, and colleagues, this definitive biography is by far the most comprehensive portrait of the man known as the Savior of Wall Street.

Now, in an updated prologue, McDonald offers insight into the future of Wall Street and how Dimon will overcome the challenge of aggressive new regulation from Washington—and how he plans to continue to thrive as the world’s preeminent banker.

On the morning of September 18, 2008, the phone rang in Jamie Dimon’s office. It was Hank Paulson, the secretary of the treasury. For the second time in six months, Paulson had a pressing question for the chairman and CEO of JPMorgan Chase. Would Dimon be interested in acquiring the floundering investment bank Morgan Stanley—at no cost whatsoever?

During one of the most tumultuous months in the history of the stock market—stocks fell 27 percent between August 29 and October 10, 2008—the storied investment bank Lehman Brothers had already failed, the brokerage giant Merrill Lynch had been sold to Bank of America, and the insurance heavyweight AIG had received an emergency loan of $85 billion from the federal government. One of the only remaining questions was whether it would be Morgan Stanley or Goldman Sachs that fell next. The government was desperately seeking to stave off what could have been a wipeout of Wall Street. And here was Paulson, offering Dimon Morgan Stanley for the bargain basement price of $0 per share.

At the government’s urging, Dimon had agreed to take over Bear Stearns for $2 a share in March 2008, in a whirlwind 48-hour deal. (The price was ultimately raised to $10.) The transaction had catapulted JPMorgan Chase to the forefront of the financial industry and established Dimon as the government’s banker of last resort. “Some are coming to Washington for help,” Sheila Bair, chairman of the Federal Deposit Insurance Corporation, later said. “Others are coming to Washington to help.”

Considered in a historical light, a takeover of Morgan Stanley would have been much more profound than that of Bear Stearns. Dimon was already being compared to John Pierpont Morgan, the legendary banker who was his company’s founder, and this deal would have meant a reassembling of the empire that had been forcibly dismantled during the Great Depression, when banks were barred from the securities trade. Dimon, in other words, would have been sitting atop the very same empire his firm’s namesake had lorded over nearly a century before.

But it was not to be. Dimon reportedly said he’d discuss it with his board, but his initial view was that his bank shouldn’t do it—it would involve a bloodbath for employees on both sides, a doubling of risk, and years of distraction for the company. What’s more, the ultimate cost of a deal would have been quite substantial, whether in terms of layoffs, writedowns, or a de-risking of Morgan Stanley’s balance sheet. (Dimon has always said it doesn’t make sense for two major investment banks to merge.) Moreover, his team was already busy preparing a bid to take over the deposits and loans of the Seattle-based bank Washington Mutual, also on the verge of failure.

The amazing thing: Paulson really didn’t have anyone else to turn to. Dimon was quite literally the only chief of a major bank to have properly prepared for the hundred-year storm that had hit Wall Street with such vengeance. Everyone had known that the capital base of the financial sector had been in desperate need of shoring up, but Jamie Dimon was alone among his peers in having actually done something instead of just talking about it. As a result, of all the actions taken by the government in the fifteen months since the crisis had started, the only thing that had really worked was giving it to Jamie. Which is exactly why a desperate Paulson was trying to do it again. But he proved unable to persuade Dimon to pull off a third major deal in 2008. Morgan Stanley eventually pulled through. But even without this deal, Dimon’s reputation continued to ascend to new heights. In the midst of the most serious and far-reaching financial crisis since the 1930s—much of it caused by plain old avarice and bad judgment—Dimon and JPMorgan Chase stood apart. Much of the melodramatic coverage of Wall Street postcrisis has focused on its flaws—the hubris and the greed. Jamie Dimon’s story contains the opposites—the values of clarity, consistency, integrity, and courage. By sticking to them, Dimon has unquestionably become the dominant banking executive of his era. “Banking is a very good business if you don’t do anything dumb,” says Warren Buffett. “Morris Shapiro said long ago that there are more banks than bankers, and that’s fundamentally the problem. But Jamie is a banker from head to toe.” 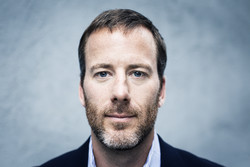 A contributing editor at The New York Observer, Duff McDonald has also written for Vanity Fair, The New Yorker, New York magazine, Fortune, and Esquire, among other publications.

“An intimate . . . three-dimensional portrait of the executive, with lots of reporting from his friends and family.”
—Mara Der Hovanesian, BusinessWeek

The Ascent of Jamie Dimon and JPMorgan Chase