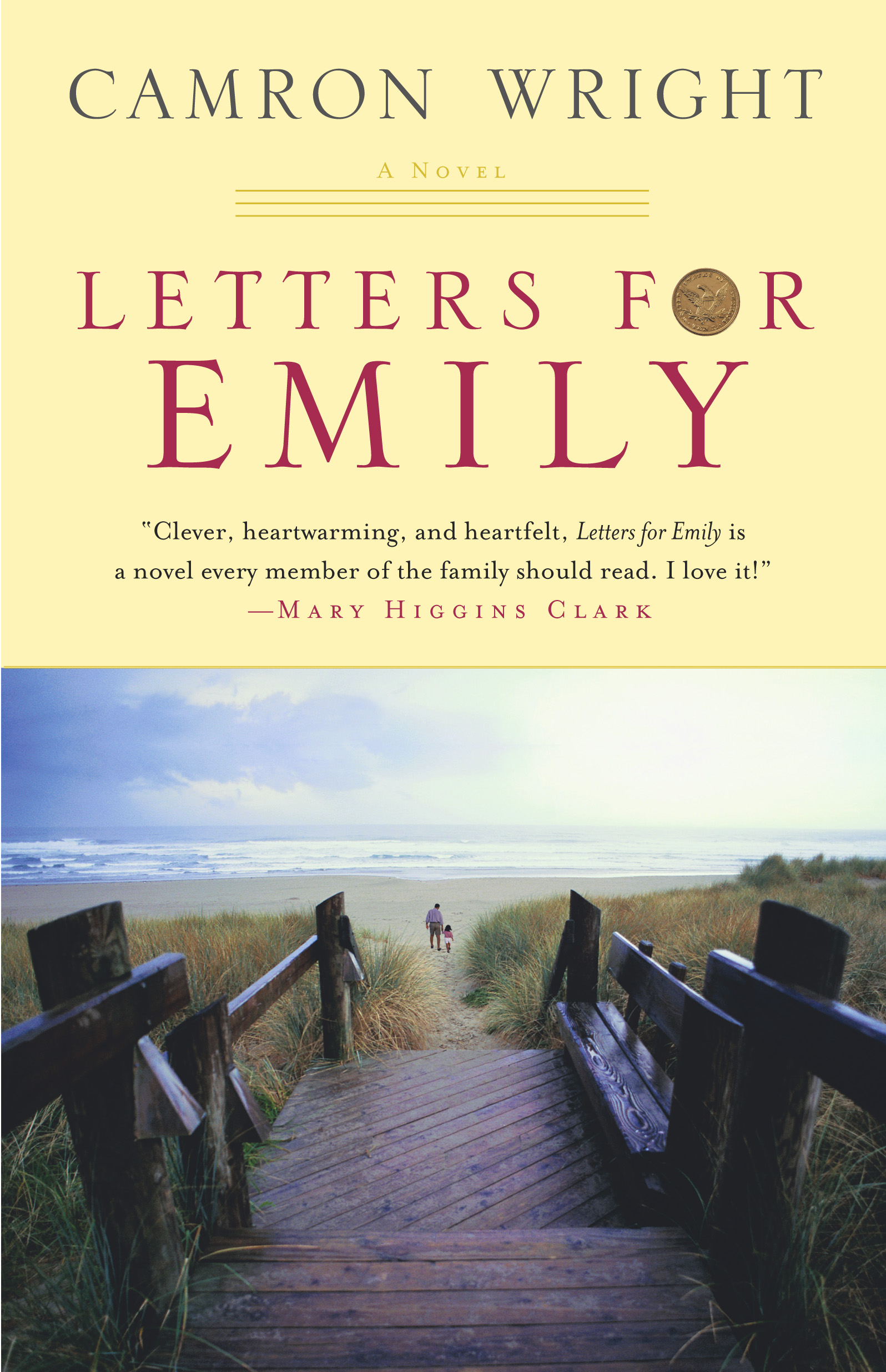 You are so young. You may wonder what an old man like me could teach? I wonder as well. I certainly don't claim to know all the answers. I'm barely figuring out the questions...Life has a strange way of repeating itself and I want my experience to help you...My hope is that you'll consider my words and remember my heart.
Harry Whitney is dying. He has Alzheimer's disease, and he knows his "good" time is dwindling. So he compiles a book of poems for his favorite granddaughter, Emily, hoping that his words of hard-won wisdom will heal the old wounds that are tearing his family apart. But Harry's poems contain much more than meets the eye -- clues and riddles that lead to an extraordinary cache of letters and a promise of hidden gold. As Emily and her family uncover Harry's secrets one by one, they learn unforgettable lessons about romance, forgiveness and hope that might hold them all together.

Letters for Emily
by Camron Wright
Reading Group Questions and Topics for Discussion
1. What is Harry's motivation for writing and collecting the letters and poems? Why does he address the letters to Emily rather than to one of his own children? Why do you think he chooses to use the poems to hide passwords instead of just compiling the letters in a scrapbook?
2. The reader comes to know Harry in the first few chapters of the novel and then through his writings, and even after this death he remains a central character in the story. What was your initial perception of Harry? Did your opinion change as the story progressed?
3. Through reading Harry's book of poems and letters, Bob and Michelle come to learn about their mother, as well as about their parents' courtship and marriage. Why did Harry not tell them about their mother when they were growing up?
4. Bob has a contentious relationship with Harry, believing that Harry was not a good father and even referring to him by his first name. After Bob has read a portion of the letters and poems, Laura says to him, "'I think you're starting to understand the old man, and that bothers you'" (pg. 168). Why does this bother him? How do Bob's feelings about his father change as he discovers more about him?
5. When the novel opens, Bob and Laura's marriage is dissolving. How does their relationship change as the story progresses? What role does Harry play in their relationship both before and after his death?
6. Laura questions the cause of Harry's death, even wondering if a person can will himself to die and then delving into his medical history. What drives her to pursue this quest?
7. In one letter Harry writes, "Parents are strange and wonderful creatures....They are just people struggling to do the best they can, just the same as you are. You will feel let down, betrayed, even ashamed. This is the time, Emily, when you need to forgive your parents for being human" (pg. 165). The letter is addressed to Emily, but how does this reflect Harry's relationship with his own children and with Bob in particular?
8. Harry's book affects each of the characters that read it. How does each character change from having read Harry's writings? Which of the letters did you find the most compelling, and why?
9. In the Afterword, Camron Wright speaks of being inspired by the writings of his grandfather, Harry Wright, and makes the following statement: "I would encourage the reader to seek out the writings and letters of his or her own parents, grandparents, or other loved ones. Perhaps, in this search, hidden wisdom will be discovered as well. It may be, in reading forgotten words, in remembering their lives, their sacrifices, that their frailties will wash away, their strengths will surface, and they will be remembered fondly. It is a wish that everyone should be granted." What does he mean by this last sentence? How does this sentiment play out in Letters for Emily?
10. Do you have any letters, poems, or other writings from your own relatives? If so, how have they changed or inspired you?
11. What did you learn or gain from reading Letters for Emily?
Camron Wright

Camron Wright is a graduate of Brigham Young University. Letters for Emily, his first novel, was inspired by the writings of his late grandfather. He lives with his family near Salt Lake City. Visit his website at www.lettersforemily.com.

Mary Higgins Clark Clever, heartwarming, and heartfelt, Letters for Emily is a novel every member of the family should read. I love it!

The Boston Herald [A] heartwarmer in the tradition of Mitch Albom's...Tuesdays with Morrie.