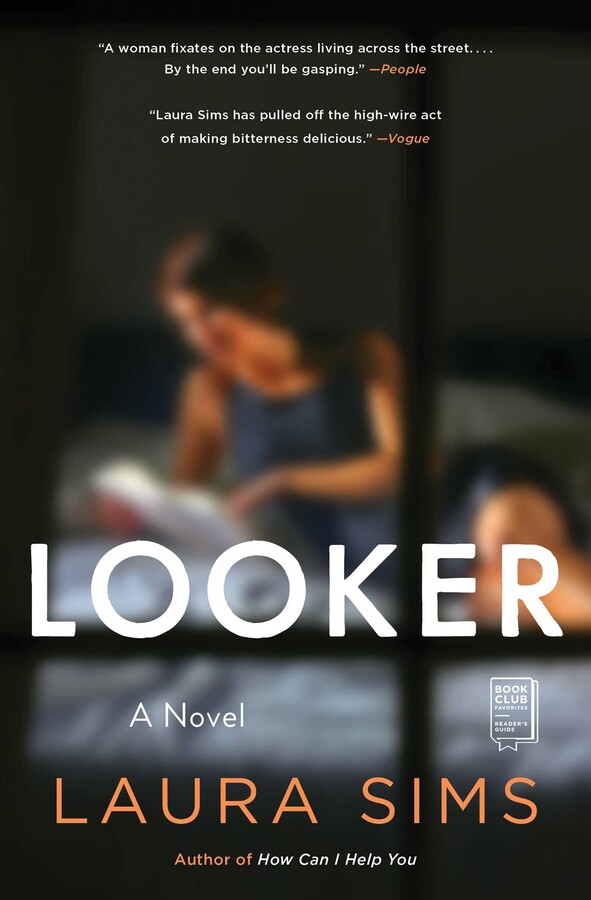 By Laura Sims
LIST PRICE $10.99
PRICE MAY VARY BY RETAILER

In this “wicked slow burn” (Entertainment Weekly) of psychological suspense, a woman becomes fixated on her neighbor—the actress.

Though the two women live just a few doors apart, a chasm lies between them. The actress, a celebrity with a charmed career, shares a gleaming brownstone with her handsome husband and three adorable children, while the recently separated narrator, unhappily childless and stuck in a dead-end job, lives in a run-down, three-story walk-up with her ex-husband’s cat.

As her fascination with her famous neighbor grows, the narrator’s hold on reality begins to slip. Before long, she’s collecting cast-off items from the actress’s stoop and fantasizing about sleeping with the actress’s husband. After a disastrous interaction with the actress at the annual block party, what began as an innocent preoccupation turns into a stunning—and irrevocable—unraveling.

A riveting portrait of obsession, Looker is “a sugarcoated poison pill of psychological terror” (The Wall Street Journal) and an immersive and darkly entertaining read—“by the end you’ll be gasping” (People).

By clicking 'Sign me up' I acknowledge that I have read and agree to the privacy policy and terms of use. Free ebook offer available to NEW CA subscribers only. Offer redeemable at Simon & Schuster's ebook fulfillment partner. Must redeem within 90 days. See full terms and conditions and this month's choices.
This reading group guide for Looker includes an introduction, discussion questions, and ideas for enhancing your book club. The suggested questions are intended to help your reading group find new and interesting angles and topics for your discussion. We hope that these ideas will enrich your conversation and increase your enjoyment of the book.

In this taut, riveting debut, an unhappily childless and recently separated woman becomes fixated on her neighbor—the actress. Though she and the actress live just a few doors apart, a chasm of professional success and personal fulfillment lies between these two women. The actress, a celebrity with a charmed career, shares a gleaming brownstone with her handsome husband and their three adorable children, while the narrator, working in a dead-end job, lives in a run-down, three-story walk-up with her ex-husband’s cat.

An interaction with the actress at the annual block party takes a disastrous turn and what began as an innocent preoccupation turns into a stunning—and lethal—unravelling. Taking up questions of success, celebrity, women’s roles, obsession, and privacy, Looker deftly reveals the perils of envy.

1. At the very beginning of the novel, the narrator says that the actress “belongs to us. To our block, I mean,” (page 1). Why does she correct herself? And how does this set up the narrator’s increasingly intense feelings about the actress?

2. The narrator is very familiar with the actress’s roles, thinking, for instance, of her breakout in The Sultan of Hanover Street, which she watched with Nathan. How does her engagement with the actress’s many on-screen roles color her understanding of the actress as a wife, mother, and neighbor?

4. The narrator teaches her students that Emily Dickinson poems are “full of sex and rage,” (page 55). Why are these themes particularly resonant? Are there other ways of interpreting the poems she assigns?

5. When the narrator has lunch with her friend Shana, she at first believes she’s getting “appreciative looks” from every man in the room (page 58), but then realizes this might not be the case. How does this shift in reality complicate your understanding of the narrator’s reliability? What are other instances of her unreliability?

6. Describe the narrator’s transition from tolerating Cat to desperately holding on to her. How does she convince herself that Cat belongs with her?

7. When the narrator feels insecure in front of her students, she wears an outfit that “mirrors the one the actress wore to teach in every single scene of Working Class,” (page 83). Why? How would you describe the narrator’s feelings towards the actress?

8. The narrator fills up the room once intended for her and her husband’s child with the actress’s discarded family belongings, making the room into a kind of shrine. How do the narrator’s changing feelings about these belongings illuminate her moods?

9. Why do you think the narrator is so fixated on the block party?

10. Why does the narrator engage with Bernardo? Is he the unstable one, or is she?

11. After her months-long obsession with the block party, the narrator’s interaction with the actress does not go as expected. Why do you think the narrator, even after the incident with Nathan, chooses to go to the actress’s house? What does she hope to get out of the experience?

12. The narrator assigns Elizabeth Bishop’s “One Art” to her students (page 141). How does it speak to the way the narrator has responded to losing the things she once had—her job, her marriage, the possibility of a child?

13. On her final day with Cat, why does the narrator make the decision to act as she does? Is it planned, or an act of desperation?

14. The narrator envisions achieving a rapturous closeness with the actress as the novel comes to an end. Are these just fantasies, or are they more sinister than that?

15. How did you feel after spending so much time in the narrator’s head? When you finished reading, did you have sympathy for her? What did you think was going to happen to her afterwards?

1. Read some of the poems the narrator assigns in class: Emily Dickinson’s “Wild Nights – Wild Nights!” and “Come slowly – Eden!”; Yosa Buson’s “The camellia”; Walt Whitman’s “Song of Myself”; John Donne’s “Batter my heart, three-person’d God”; Sylvia Plath’s “Ariel,” “Lady Lazarus,” and “Fever 103°”; Wanda Coleman’s “American Sonnet (10)”; and Elizabeth Bishop’s “One Art.” How do these poems deepen your understanding of the novel and the narrator’s mindset?

2. The narrator finds solace—and obsession—in the actress’s films. Are there movies or actors you feel particularly connected to? What and who are they?

3. To read more about Laura Sims and Looker, go to https://www.laurasims.net/. 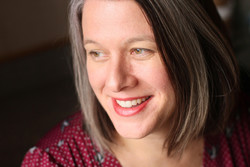 Laura Sims lives outside of New York City with her family. Looker is her debut novel.

By Laura Sims
LIST PRICE $10.99
PRICE MAY VARY BY RETAILER