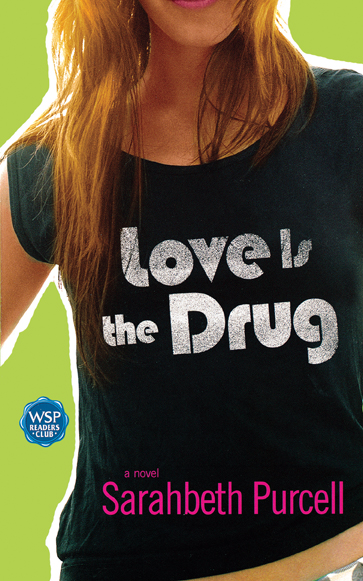 Love Is the Drug

By Sarahbeth Purcell
LIST PRICE $16.99
PRICE MAY VARY BY RETAILER

"Hello, my name is Tyler Tracer and I am falling apart. I am twenty-four years old, and I have no ability whatsoever to choose an occupation or a hair color."

Meet Tyler, the singularly irresistible and straight-talking heroine of Sarahbeth Purcell's touching first novel. An incurable romantic, Tyler's chief obsessions include music, list-making -- and David, the man who broke her heart. Despite an exhaustively detailed list of reasons for why she should just forget about David once and for all -- including (but by no means limited to) chronic illness, terminal self-absorption, and geographical inaccessibility -- Tyler remains hopelessly hooked on him. Hence the wild ride she embarks upon in the wake of her father's death, a ride that takes her from her hometown in Tennessee to sunny Los Angeles, all in hopes of saving David from his ominous take on life.
This hilarious and dark cross-country expedition finds our young heroine negotiating the universally perilous terrain of sex, love, and relationships with uncommon verve, wit, and more than a little recklessness. Along the way, Tyler discovers, among other things, the uniquely redemptive powers of roadkill, the fact that enduring love tends to blossom in the most unexpected and unlikeliest places, and, above all, that nothing can stop her from making her own rules and mapping out her own life. Not even herself.
A joyous triumph of a debut to which readers will respond with a sense of instant recognition, Sarahbeth Purcell's Love Is the Drug spins a story of bold living and loving that crackles with energy and innovation.

I'm in a Rite Aid in the Valley and Peter Cetera is playing. I am singing along while I'm in line buying exactly three postcards, a bottle of Evian, a lighter, some butter, and a metal-barreled round hairbrush. And I know the fucking words to "The Glory of Love." Every single one of them. Okay, so Karate Kid II was overrated. But Peter Cetera was a genius in a bad Eighties bomber jacket, singing the theme song. I saw Cetera once at a carnival. His wife looks like you would think Peter Cetera's wife would look. Like a bleached-blonde California silicone-enhanced ditz twenty years his junior. But, bless you, Peter, for "The Glory of Love." It's just the kind of bad radio song I need to relate to right now. Not quite as respectable as Billy Joel, not quite as horrific as Michael Bolton.

There's this pudgy black-haired little girl at the Good Humor Ice Cream stand inside the pharmacy who is yelling at the acne-covered Latino ice cream man because she wanted the other kind of fudge ripple in her three-scoop cone. She has the air of a forty-five-year-old CEO in New York City who has been jilted by a cabby. She is maybe seven years old. This California girl is jaded beyond repair. My turn comes up in line.

I gave myself away right there. No one says please in the Valley. Or thank you. Unless it's in a sarcastic tone when the coffee is two minutes late and they want the head of the server. You got me. I'm not from here. But I need the Ultralights. I need something to separate myself from him, pretend that I'm not on the same path of self-destruction. Pretend that I care just one percent more about my blackened lungs to buy the "lightest" version of lung cancer available. David wants the Lights, to show that he isn't totally hard-core anything. Wishy-washy. Fucking Libras do it to me every time.

I get carded to this day, and I am now twenty-four, five days ago. I feel like I'm seventy half the time, so being mistaken for someone less than eighteen has gotten old by now. Once I show the counter girl my ID, and the two old bitches behind me have sighed their L.A. sigh that everyone has learned in the Valley, she lets me go. I sort of shimmy out of the pharmacy, feeling very proud of accomplishing something. He'll be so happy. David will see that I care enough to help him smoke himself to death.

I'm walking and trying to light a cigarette at the same time and traffic here is like a game of fucking Frogger. Dodge the cars, watch for bullets. I am getting a buzz from one puff of my Ultralight cigarette and I have to put it out. All my bright ideas make me sick. As I head over past the 7-Eleven, I'm thinking of what else is on my internal list of things to do to be a good person today, and I'm overwhelmed. But I got his cigarettes. I got the butter. Now I can bake for him. He will love my cookies. If he loves my cookies, he will love me. If he loves me, I am worthy.

I open the gate to the little white duplex on the little dead end street, and tiptoe to his door. I can hear the TV blaring. I can hear the stereo's sound effects from the video game he's been engrossed in for the last few months. He won't even notice I was gone. So now I must tiptoe inside. He can't notice when I'm there, he has to notice when I'm gone. These are the rules I have made up for David to need me. If I'm noisy, he will want me to leave. If I break something, he's better off without me. If he says the house is too small, it means that I am too big. I take up too much space. I need to figure out how to shrink myself. I need to become like rice paper, like origami, so he can fold me up and put me in his pocket until he's ready to unfold me again.

When I shut the door behind me, David glances up from his game.

I dodge cords and clothes on the floor and hand him his pack of cigarettes. He still hasn't really looked up from his game.

I shuffle papers, open and close drawers, try to seem like I have something to do while he's busy saving his universe there on the computer. I look over at the bottle of Cuervo on top of the fridge. I can't start drinking yet. It's only five. He'll think I'm an alcoholic. And I am so not an alcoholic. I never drink at home. I only drink when I'm on vacation, or when I'm bored or when I'm depressed. My dad is the alcoholic. I'm just...young. But God, I need a drink. I need to relax. I need to stop feeling like David doesn't want me here, like he doesn't like me, like he's just humoring me. I have to stop asking stupid questions like, "What's your favorite color?" and "What's your mother's sign?" I have to stop being young. I have to get jaded. I have to be cynical. I have to stop speaking. I have to be invisible. He likes things that don't really exist.

He knows I'm a basket case, but I am this way because of so many things. I have a right to be uneven right now. It's my father's sickness, it's David's disinterest, it's that I'm twenty-four and I still haven't really figured out if I want to live or not. It's my tendency to choose the wrong times to talk. It's that with David, it's never a good time to talk. It's that I love this bastard so much I am becoming everyone I ever hated just to be nearer to him. It's that he doesn't want me near him anymore. It's that I just want this one thing to be okay. It's that it never will. It's your fault, David. I am a mess because you won't let me clean us up. You would rather remain on the floor, spilled, tracked over, something that would have made a nice conversation piece, a thing of beauty, if someone had allowed it to. You would rather be broken glass in my feet than the looking glass I peer into every day. It's that you don't care what's wrong, David. I try to hold back the tears as I look up from the twice-cleaned countertop.

David doesn't look up from his game.

"He's not getting better."

Silence. No, I take that back. Not silence. There is a happy techno sound coming out of the stereo, because he is winning his video game. David's character is fairly powerful by now, and he has all these spells he casts on his opponents and each spell has a specific sound to it. And this sound means that he gained something. A weapon, money, a slave, whatever. Life is good. David is happy. He looks up triumphantly. Uncomfortably.

I try to fold into smaller pieces when he looks at me, so the space around me looks bigger. So he doesn't think I take up much room at all. I suddenly want to be like the treadmill you can fold up and put under the bed.

David gives me a blank look and turns back to kill some more creatures. I tiptoe to the bathroom and shut the door. Turn on the bath. And start to sob. How can I ever compete with an immortal character? Why do I want to? Why is it necessary for me to find the one person in the world who wants to die alone and try to force him to change his mind? This is my brand of attention. I need this attention most.

5. He is too fucked up to find someone to be with him now, and I won't let him die alone.

6. I am too jaded for dating around anymore and I hate dates and I hate guys paying for dinners and expecting pussy in return and I might as well settle down now.

7. We have great sex. Did I say great? It's fucking amazing.

8. We have really good sex. It counts for two. It's that good.

9. We are both very shy and very bruised from love and we both don't trust people so we might as well be distrustful and miserable together. 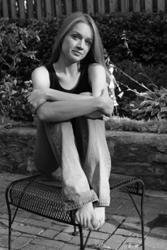 Sarahbeth Purcell is also the author of Love Is the Drug. She was born and raised in Nashville, Tennessee, where she still resides. She is currently at work on her third effort, Somewhere Between Here and There, as well as other multimedia projects. For more info and exclusive pictures, visit her official website at www.sarahbethpurcell.com.

Love Is the Drug

By Sarahbeth Purcell
LIST PRICE $16.99
PRICE MAY VARY BY RETAILER