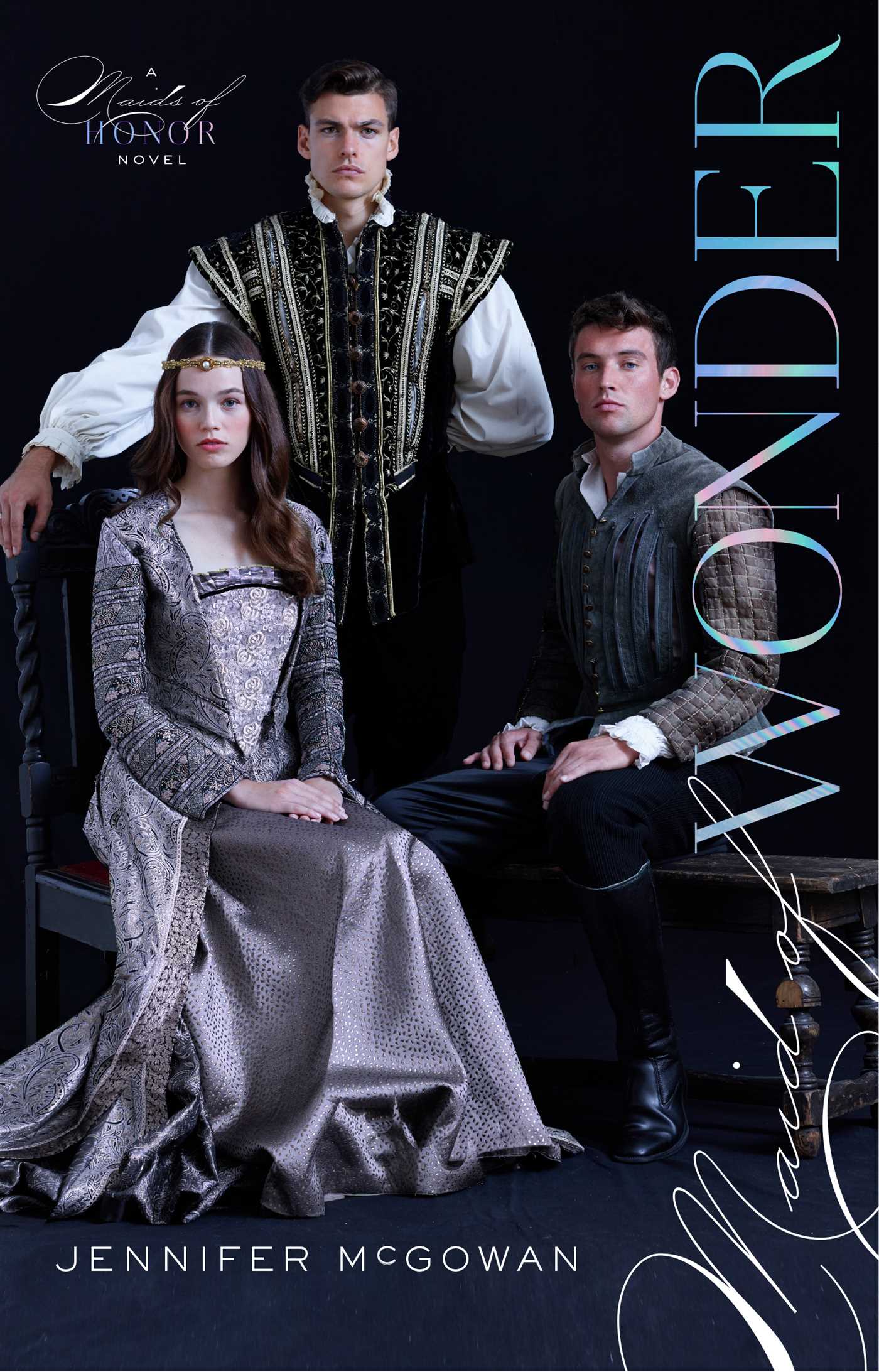 Sophia must master her psychic ability if she is to save the life of Queen Elizabeth and her fellow maids from a dark prophecy, in this third book in the Maids of Honor series.

Sophia Dee, the most unusual spy in Queen Elizabeth’s Maids of Honor, has run out of time for her psychic skills to fully manifest. A terrible prophecy haunts Windsor Castle, and the Queen demands answers before the next doomed soul dies.

Thrust into a dangerous competition to solve the deadly prediction, Sophia finds herself pitted against the most celebrated mystics of Europe: John Dee, her devious uncle and the Queen’s personal astrologer, and Nostradamus, the renowned prophet-seer of France.

In a court where whispers of witchcraft, poisonous plots, and grim assassins threaten her at every turn, Sophia needs answers fast. But does she dare trust Marcus Quinn, her uncle’s striking assistant? Or should she turn to the tortured dark angel of the spirit realm, who whispers to her only of danger and death?

As new dangers surface and the prophecy sweeps toward its final victim, the five Maids of Honor prepare to do battle. Only then will the girl who so often sees the future finally discover if she can save the Crown—and herself.

By clicking 'Sign me up' I acknowledge that I have read and agree to the privacy policy and terms of use. Free ebook offer available to NEW CA subscribers only. Offer redeemable at Simon & Schuster's ebook fulfillment partner. Must redeem within 90 days. See full terms and conditions and this month's choices.
A Reading Group Guide to

A Maids of Honor novel: Maid of Wonder

Unravel the mystery behind the Maids of Honor with the following questions:

1. Sophia’s story starts in a very unusual location. Where is she? Describe the setting in your own words and the individuals she meets there.

2. Sophia is well known to the servants and guards at Windsor Castle, including Master Seton. How does she help Master Seton early in the book, and how does he repay her kindness later in the story?

3. What prediction is made about Queen Elizabeth in Chapter Three? When you read it for the first time, what did you think it meant?

4. In Chapter Three, we also meet Sophia’s friends, the other Maids of Honor. How is Sophia similar to her fellow spies, and how is she different?

5. Drawing examples from the text, describe Sophia’s relationship with the Queen. Are she and the Queen on friendly terms? Does Sophia believe that the Queen will ultimately protect her?

6. Sophia and her fellow Maids of Honor take a lesson from the herb mistress of Windsor Castle. What are the two recipes discussed and what are the ingredients used?

7. Sophia has a privileged position in Queen Elizabeth’s court, but she must be constantly on her guard so as not to seem too “odd.” If Sophia were alive today, do you think she would be able to hide her psychic abilities more easily, or would it be even more difficult? Would you be her friend? Why or why not?

8. Describe Sophia’s relationship with her uncle, John Dee. Is John Dee a positive influence in her life, or a negative one? What examples can you find in the story to support your conclusion?

9. John Dee’s assistant, Marcus Quinn, flirts with Sophia from the moment they first meet. In your opinion, is Marcus trustworthy? What does he do and say to make you feel that way? Why do you think Sophia is drawn to him?

10. Which of the five Maids of Honor do you think has the most useful ability as a spy? Cite examples from the story to support your opinion. What special talent would you want to have if you were a spy?

12. Sophia is forced into a competition with John Dee and Nostradamus to solve the prediction about a death in Windsor Castle. Each of the three competitors uses a different process to solve the mystery. Describe each process. Which one do you think is the most successful in reaching a complete and accurate answer?

13. Not everyone at Windsor Castle is comfortable with the idea of Sophia connecting with the spirit world. Who specifically is opposed to Sophia using any sort of magic, and what do they do to attempt to make her “prove” that she is not a witch?

14. Sir Francis Walsingham, one of the Queen’s advisors, is forced to make a life-or-death decision in this story. What choice does he make, and why does he feel like it was the right decision? Do you agree with his reasoning? Why or why not?

15. After the mystery of the prediction is solved, the Queen believes she is safe. But who else threatens the Queen’s life late in the book, and why? How does Sophia help keep the Queen safe?

16. At the book’s conclusion, Sophia is determined to find answers about the connection between the dark angel and Marcus. Write a brief paragraph about what you think should happen next in Sophia’s story. What would she discover?

This guide has been provided by the author for classroom, library, and reading group use. It may be reproduced in its entirety or excerpted for these purposes. 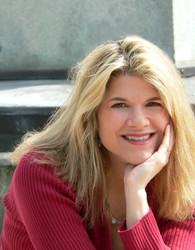 Jennifer McGowan was born in Ohio, grew up in Montana, and studied in Paris. She fell in love with the Elizabethan era as a college student and is now an unrepentant scholar of the period, happily splitting her time between the past and present. An RWA Golden Heart Award winner and multiple finalist, Jenn is the author of the Maids of Honor series. She lives in Ohio. Visit her (and the Maids of Honor) at JenniferMcGowan.com.

"McGowan has created another...authentic, fast-paced page-turner that will appeal to both teen and adult readers. For readers who like their historical romance with a touch of second sight."

"The well-balanced mixture of intrigue, romance, action, and historical setting makes this gripping series entry just as unputdownable as the last."

"Sophia’s engaging narrative adds a measure of sixteenth-century mysticism to the enticing blend of mystery, suspense, and romance that readers enjoy in the Maids of Honor series."

More books in this series: Maids of Honor