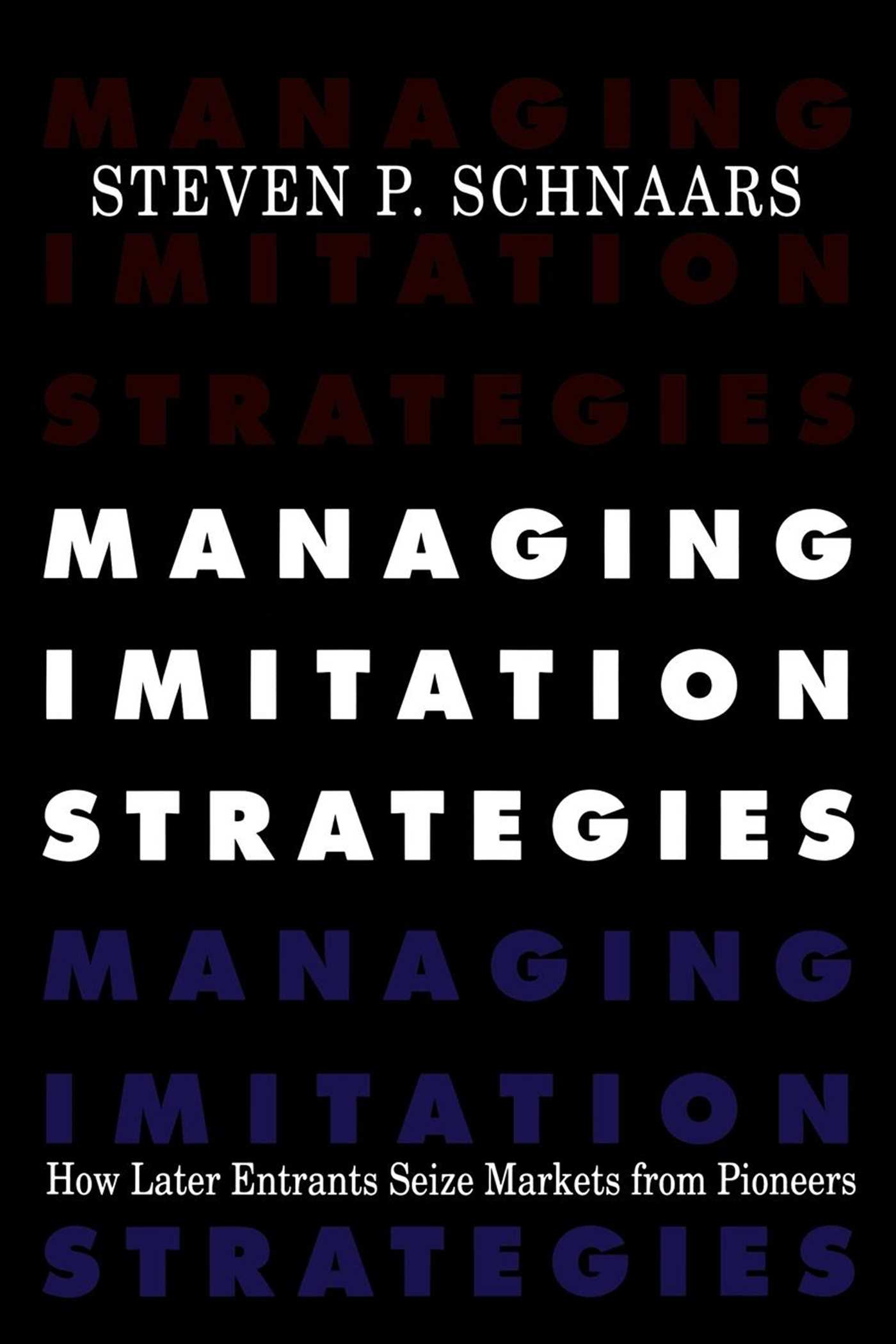 Pioneers -- those innovative "first movers" who enter markets before competitors - are often deified as engines of economic growth while imitators are generally scorned as copycats and shameful followers. But who most often wins? Drawing on seven years of research, Steven Schnaars documents that, in sharp contrast to conventional beliefs, imitators commonly surpass pioneers as market leaders and attain the greatest financial rewards.

How do they do it? In this ground-breaking book -- the first to formulate imitation strategies for managers -- Schnaars systematically examines 28 detailed case histories, from light beer to commercial jet liners, in which imitators such as Anheuser-Busch and Boeing prevailed over pioneers. He describes the marketing wars, court battles, and even personal vendettas that often resulted, and shows that imitators have several clear advantages. Pioneers are forced to spend heavily on both product and market development. They also risk making costly mistakes. Pioneers often aid in their own destruction, thrown into confusion by rapid growth, internal bickering, and the neverending search for expansion capital.

Moreover, imitators do not have to risk expensive start-up costs or pursuing a market that does not exist, enabling them to quickly outmaneuver pioneers once the market is finally shaped. By patiently waiting on the sidelines while the innovator makes the mistakes, imitatorscan also usurp benefits from the test of time -- major defects in the product having been removed by the pioneer at an earlier stage in the game.

Schnaars discusses the three basic strategies that successful imitators such as Microsoft, American Express, and Pepsi have used to dominate markets pioneered by others. First, some imitators sell lower-priced, generic versions of the pioneer's product once it becomes popular, as Bic did with ballpoint pens. Second, some firms imitate and improve upon the pioneer's product; for example, WordPerfect in the case of word processing software. Third, building on their capital, distribution, and marketing advantages that smaller pioneers cannot hope to match, imitators use the most prevalent strategy of all -- bullying their way into a pioneer's market on sheer power. In several cases a one-two-punch, or combination of strategies, is often utilized by the imitator to remove any doubt regarding their dominance in the market and in the eyes of the public.

Schnaars concludes that the benefits of pioneering have been oversold, and that imitation compels recognition as a legitimate marketing strategy. It should be as much a part of a company's strategic arsenal as strategies for innovation.