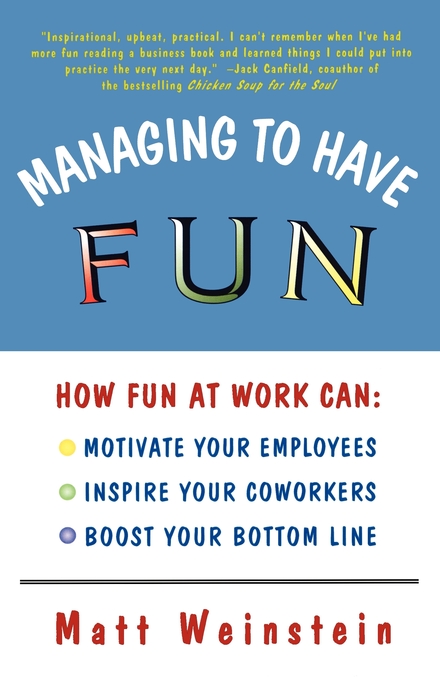 Managing to Have Fun

How Fun at Work Can Motivate Your Employees, Inspire Your Coworkers, and Boost Your Bottom Line

Managing to Have Fun

How Fun at Work Can Motivate Your Employees, Inspire Your Coworkers, and Boost Your Bottom Line