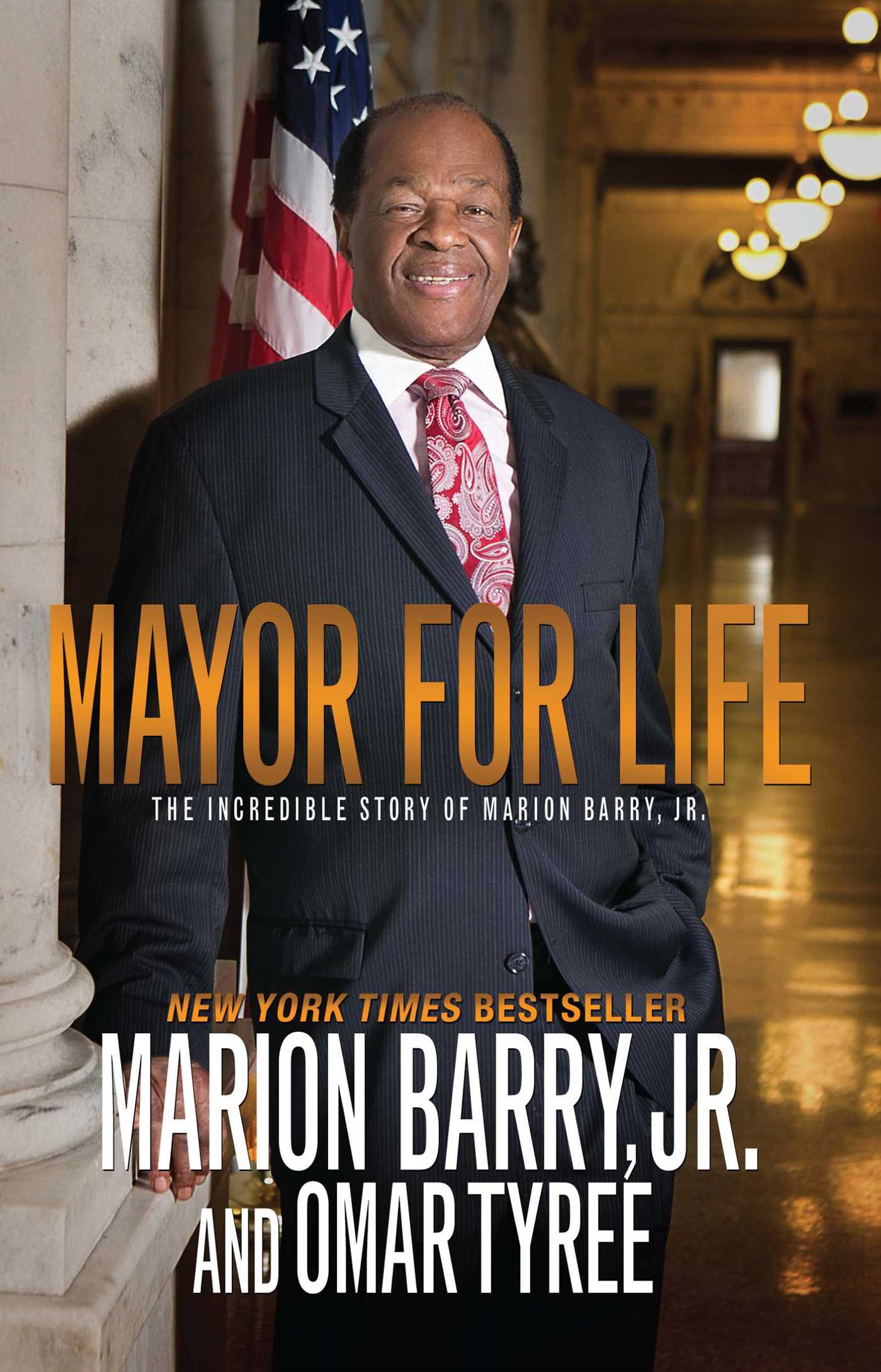 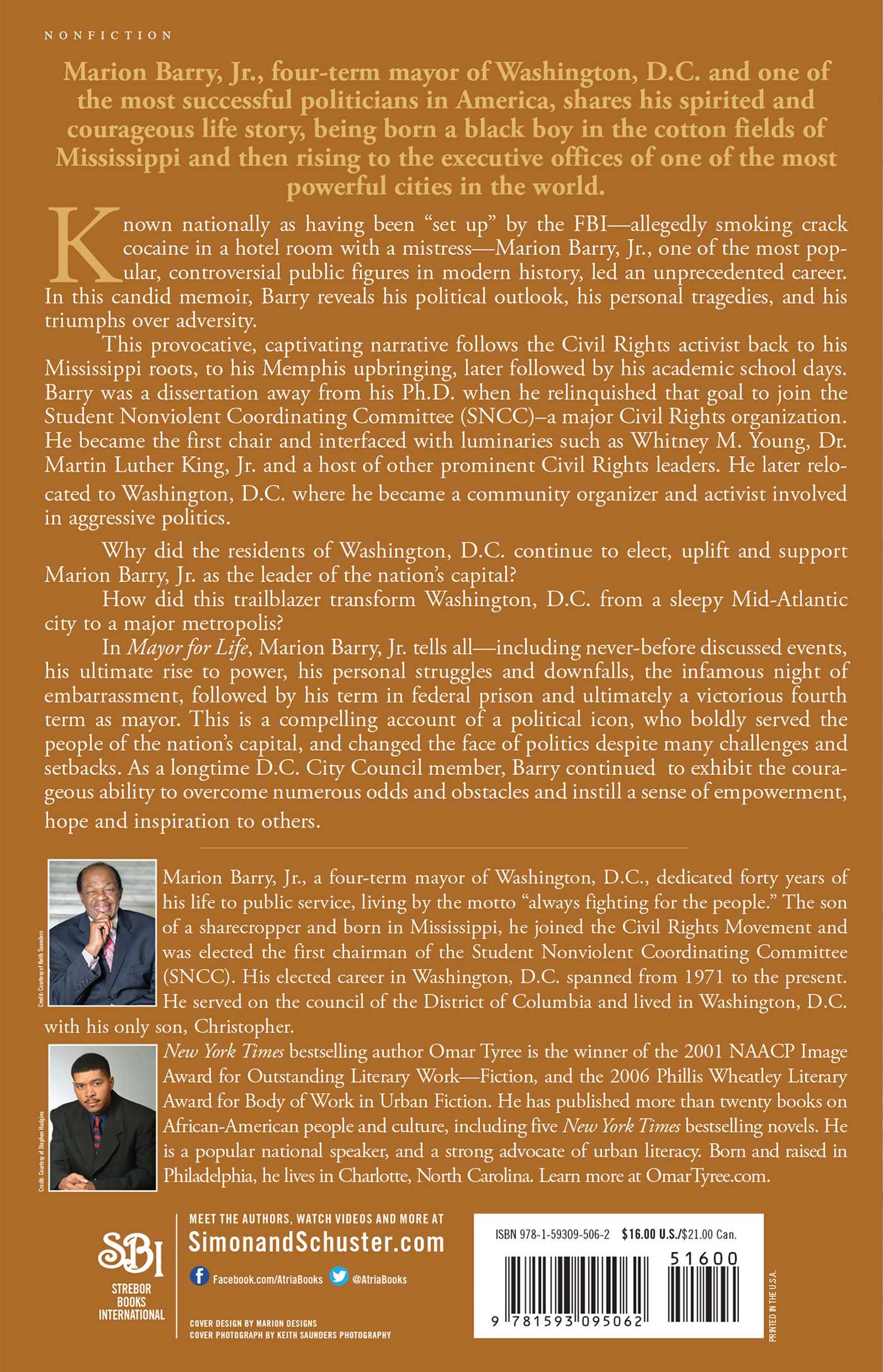 Four-time mayor of Washington, D.C., Marion Barry, Jr. tells his shocking and courageous life story, beginning in the cotton fields in Mississippi to the executive offices of one of the most powerful cities in the world.

Marion Barry fought relentlessly in his life and his career. A near-life threatening bullet wound to the chest, a survivor of cancer, allegations of drug use, political scandal—he had an incredible story to tell. This provocative, captivating narrative follows the Civil Rights activist, going back to his Mississippi roots, his Memphis upbringing, and his academic school days, up through his college years and move to Washington, D.C., where he became actively involved in Civil Rights, community activism, and bold politics.

In the New York Times bestseller, Mayor for Life, Marion Barry Jr. tells all—including the story of his campaigns for mayor of Washington, his ultimate rise to power, his personal struggles and downfalls, and the night of embarrassment, followed by his term in federal prison and ultimately a victorious fourth term as mayor. From the man who, despite the setbacks, boldly served the community of Washington, DC, this is his full story of courage, empowerment, hope, tragedy, triumph, and inspiration.

Marion Barry, Jr., a four-term mayor of Washington, D.C., has dedicated forty years of his life to public service, living by the motto “always fighting for the people.” The son of a sharecropper and born in Mississippi, he joined the Civil Rights Movement and was elected the first chairman of the Student Nonviolent Coordinating Committee (SNCC). His elected career in Washington, D.C., spanned from 1971 to 2014.