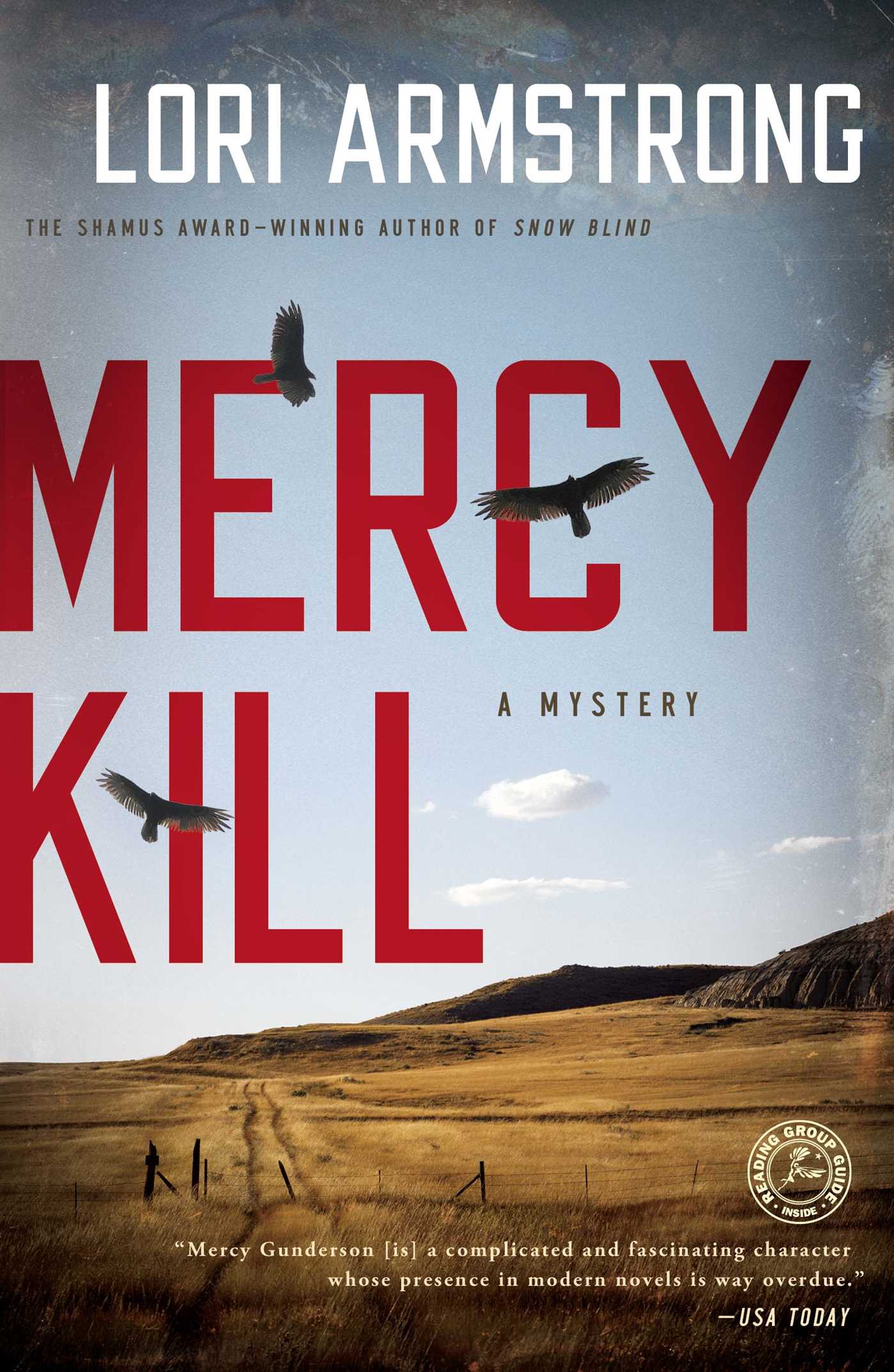 Former Black Ops army sniper Mercy Gunderson isn’t adjusting well to the laid-back rhythm of civilian life on her family’s ranch in South Dakota. To fill her time, Mercy accepts a temporary bartending gig at a local watering hole. Yet her attempts to settle in back home are tested when Titan Oil, a Canadian company proposing to run an underground pipeline through Eagle River County, sends Jason Hawley, Mercy’s former army buddy, to the area to convince ranchers to get behind the project.

While local business owners support the pipeline, Hawley’s presence riles the landowners, and Mercy is torn. After ugly threats and multiple altercations escalate tensions in the county, Mercy discovers Hawley’s brutally mutilated body in the bar parking lot. When it appears Sheriff Dawson cares more about campaigning for reelection than investigating the case, Mercy vows to find Jason Hawley’s killer—even if she has to run against Dawson for sheriff to ensure justice is served.

But Mercy soon learns her former military pal had plenty of secrets. Her search for the truth brings unwanted exposure to the county’s dark side and risks deadly repercussions for the entire community.

By clicking 'Sign me up' I acknowledge that I have read and agree to the privacy policy and terms of use. Free ebook offer available to NEW CA subscribers only. Offer redeemable at Simon & Schuster's ebook fulfillment partner. Must redeem within 90 days. See full terms and conditions and this month's choices.
This reading group guide for Mercy Kill includes discussion questions, ideas for enhancing your book club, and a Q&A with author Lori Armstrong. The suggested questions are intended to help your reading group find new and interesting angles and topics for your discussion. We hope that these ideas will enrich your conversation and increase your enjoyment of the book.


A CONVERSATION WITH LORI ARMSTRONG

This is your second time writing about Mercy Gunderson. Now that you’ve spent more time with Mercy, in what ways do you relate to her?

It’s always a challenge, writing the second book in a series, because I know more about Mercy now than when I started, but in most cases her actions on the page surprise even me. I relate to her in that we both have a low tolerance for b.s., and she and I have the same taste in music.


In what ways do you not relate to her?

Mercy’s tendency to drown her troubles in alcohol is something I don’t relate to at all. Nor do I understand her inability to ask for help. But those types of characters fascinate me just for that reason, because we are so different.

Are any of the characters in the book based on people that you know?

No. I’m a self-admitted people watcher, so I’m constantly observing interactions and mannerisms and physical characteristics. And I will use pieces of what I’ve seen, be it hair or eye color, or a funky mannerism, or a certain way a person speaks or walks, or interacts with others. I’ve leaned a lot about human nature just by watching and listening. But I’ve never based any fictional character on anyone I know personally.


You address many social and racial issues surrounding the Native American culture in America in this book. Why did you choose to incorporate such themes in your writing?

Because it’s such a huge part of our life in western South Dakota and to gloss over it would be a disservice to not only to all the people of my state, but to people who’ve never been to South Dakota, who only know about historical Indian “issues” from what they’ve read in textbooks, detailing things that happened more than 100+ years ago. I get asked a lot on book tours if I know any “real, live” Indians, and I honestly have to stop and think about what that means, because I think some people still think of western South Dakota as the untamed Wild West, where Indians ride horses, wearing elaborate headdresses, live in tipis and hunt buffalo. Although many Native Americans never stopped celebrating their culture, religion and traditions after being relegated to reservations, many hid their practice, or denied their heritage, in some cases—like Mercy—she knows little of her Indian heritage because her mother didn’t deem it important.

I never considered setting the book anyplace else, and that’s not just because the research is easy, since it’s right outside my door. I’m a South Dakota girl and even if readers don’t see the beauty in the area the same way I do, I think it’s obvious I love where I live, and hopefully that’s what gives the books the authenticity I’m striving for.

Many of the male characters in Mercy’s life are kind, thoughtful and gentle (John-John, Jake, and Rollie) turning typical gender roles on their heads. Did you intend for these characters to serve as foils for Mercy?

Yes, and no. Mercy is a tough as nails character, and it’s been a challenge to keep her from becoming a caricature. The loner who doesn’t need anyone, which always seems sadder, somehow, when it’s a female character. I didn’t intentionally set out to ground her with men who might be seen as soft, but I wanted her to interact with men she’d had history with, the best friend, the former lover, the father figure, all men who knew her and loved her in some form, before she became so hard and tough. All these men remind her of who she’s been—as well as who she can become.


What’s next for Mercy Gunderson?

I’m working on the third book, titled DARK MERCY, which will send Mercy in a new direction.

If MERCY KILL was made into a movie, who would play Mercy?

I get this question frequently, so you’d think I’d have an answer…but I really don’t. I can tell you physically what Mercy looks like, but I hear her more than see her. On a purely gratuitous note, I’d love to see North Dakota native Josh Duhamel play Dawson.

Who are your favorite authors to read, mystery or otherwise?

I read widely across many genres, but my must have mystery/thriller authors are JD Robb, Robert Crais, CJ Box.

Whose writing, if anyone’s, would you say has had an influence on your own style?

Sue Grafton, Stephen King, Carolyn Keene and Laura Ingalls Wilder are the biggest influences, which is a pretty eclectic list! But whenever I think of books that’ve had the biggest long term impact, it’s always the first book I read from those authors that have stuck with me. 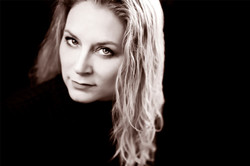 Lori Armstrong is the two-time winner of the Shamus Award given by the Private Eye Writers of America and a New York Times bestselling author of romantic fiction, written as Lorelei James. Her books have won the Willa Cather Literary Award and have been nominated for the High Plains Book Award and the Daphne du Maurier Award. She lives in western South Dakota. Visit her website at LoriArmstrong.com.

“With a gutsy heroine, sharp humor, and a strong sense of place, Armstrong has created a winning series. The female veteran perspective is particularly fresh—not unlike a young V.I. Warshawski gone rural. Craig Johnson and C.J. Box fans should like it, too. Highly recommended” —Library Journal (starred review)

“Another surprisingly twisted tale leads readers into a thicket of relative good and evil.” —Kirkus Reviews

“Sharp…an intriguing new character, FBI agent Shay Turnbull of the Indian County Special Crimes Unit, will leave readers eager to see how their relationship plays out in the next installment.” —Publishers Weekly

“This is a harsh tale filled with hard people but, like the South Dakota landscape, it’s compelling and difficult to walk away from without being changed.” —RT Magazine

“[A] tough-mouth novel…[readers] will enjoy Mercy—tough, funny, and hardly a girl in a guy suit.” —Booklist