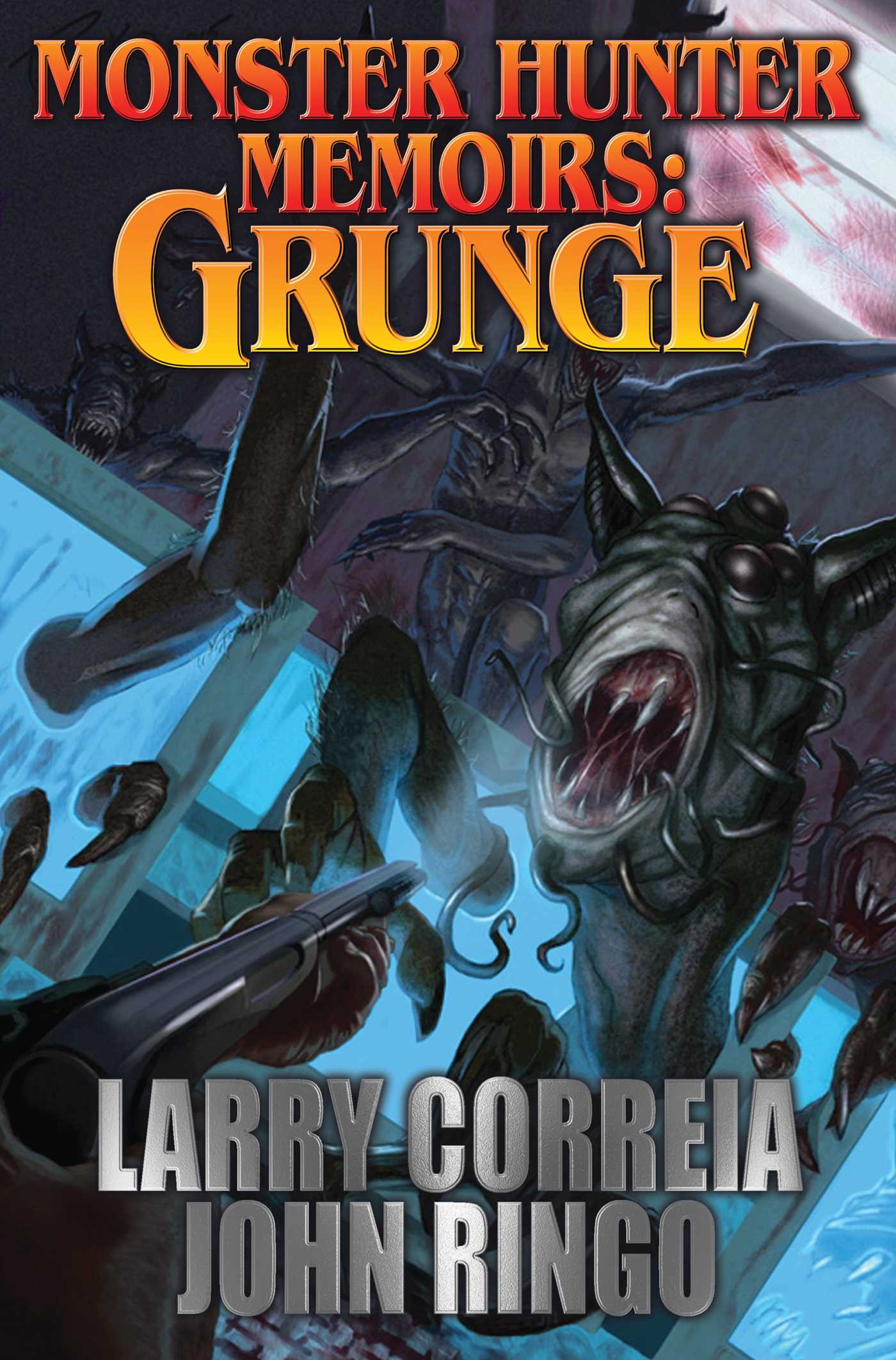 When Marine Private Oliver Chadwick Gardenier is killed in the Marine barrack bombing in Beirut, somebody who might be Saint Peter gives him a choice: Go to Heaven, which while nice might be a little boring, or return to Earth. The Boss has a mission for him and he's to look for a sign. He's a Marine: He'll choose the mission.

Unfortunately, the sign he's to look for is "57." Which, given the food services contract in Bethesda Hospital, creates some difficulty. Eventually, it appears that God's will is for Chad to join a group called "Monster Hunters International" and protect people from things that go bump in the night. From there, things trend downhill.

Monster Hunter Memoirs is the (mostly) true story of the life and times of one of MHI's most effective—and flamboyant—hunters. Pro-tips for up and coming hunters range from how to dress appropriately for jogging (low-profile body armor and multiple weapons) to how to develop contacts among the Japanese yakuza, to why it's not a good idea to make billy goat jokes to trolls.

Grunge harkens back to the Golden Days of Monster Hunting when Reagan was in office, Ray and Susan Shackleford were top hunters and Seattle sushi was authentic.

“If you think the zombie apocalypse will never happen, if you’ve never been afraid of zombies, you may change your mind after reading Under a Graveyard Sky. . .Events build slowly in the book at the outset, but you can’t stop reading because it’s like watching a train wreck in slow motion: inexorable and horrible. And the zombie apocalypse in these pages is so fascinating that you can’t stop flipping pages to see what happens next.”—Bookhound

About John Ringo:
“[Ringo’s work is] peopled with three-dimensional characters and spiced with personal drama as well as tactical finesse.”—Library Journal

“. . . practically impossible not to read in one sitting . . . exceedingly impressive . . . executed with skill, verve, and wit.”—Booklist

“[E]verything I like in fantasy: intense action scenes, evil in horrifying array, good struggling against the darkness, and most of all people—gorgeously flawed human beings faced with horrible moral choices that force them to question and change and grow.”—Jim Butcher

Larry Correia is the Dragon Award-winning, best-selling author of the Monster Hunter International series, the Saga of the Forgotten Warrior series, the Grimnoir Chronicles, and the Dead Six series of military thrillers.

John Ringo brings fighting to life. He is the creator of the Posleen Wars series, which has become a New York Times best-selling series with more than one million copies in print. The series contains A Hymn Before Battle, Gust Front, When the Devil Dances, Hell’s Faire, and Eye of the Storm. In addition, Ringo has penned the Council War series. Adding another dimension to his skills, Ringo created nationally best-selling techno-thriller novels about Mike Harmon (Ghost, Kildar, Choosers of the Slain, Unto the Breach, and A Deeper Blue). His techno-thriller The Last Centurion was also a national bestseller. A more playful twist on the future is found in novels of the Looking-Glass series: Into the Looking Glass, Vorpal Blade, Manxome Foe, and Claws That Catch, the last three in collaboration with Travis S. Taylor. His audience was further enhanced with four collaborations with fellow New York Times best-selling author David Weber: March Upcountry, March to the Sea, March to the Stars, and We Few. There are an additional seven collaborations from the Posleen series: The Hero, written with Michael Z. Williamson, Watch on the Rhine, Yellow Eyes, and The Tuloriad, all written with Tom Kratman, and the New York Times bestseller Cally’s War and its sequels Sister Time and Honor of the Clan, all with Julie Cochrane. His science-based zombie apocalypse Black Tide Rising series includes Under a Graveyard Sky, To Sail a Darkling Sea, Islands of Rage and Hope, and Strands of Sorrow. A veteran of the 82nd Airborne, Ringo brings firsthand knowledge of military operations to his fiction.