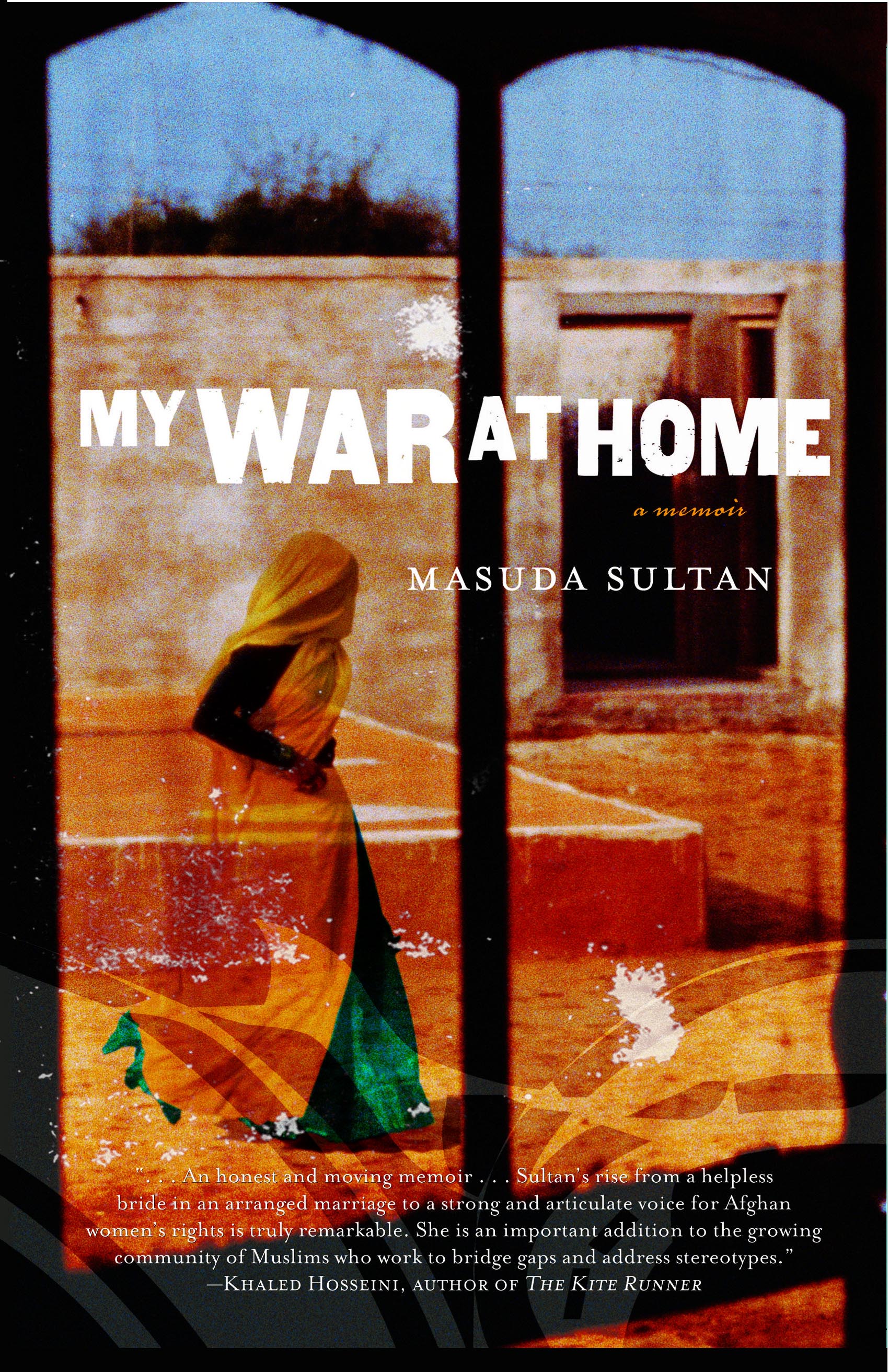 My War at Home

Born in Kandahar in 1978, Sultan fled to the United States at age five with her family. Raised in Brooklyn and Flushing, Queens, Sultan saw her life change when she was married by arrangement at the young age of seventeen to a virtual stranger fourteen years her senior -- a marriage she struggled to maintain and then hastily fought, eventually (after three years) being granted a divorce. This very divorce would become one of the first in her close-knit Afgan community, where the subject is considered rare and taboo.

My War at Home is her memoir of self-discovery, family tradition, and life as a Muslim and feminist with political ideals. It speaks to the younger generation of Muslims in America as they struggle to resolve the ever-present inner conflict about what it means to be an American and a Muslim, while also examining the Muslim-American identity at both personal and political levels.

By clicking 'Sign me up' I acknowledge that I have read and agree to the privacy policy and terms of use. Free ebook offer available to NEW CA subscribers only. Offer redeemable at Simon & Schuster's ebook fulfillment partner. Must redeem within 90 days. See full terms and conditions and this month's choices.
My War at Home
by
Masuda Sultan
Summary
A profound memoir of self-discovery, family tradition, and feminist ideals, My War at Home follows the journey of Masuda Sultan as she transforms from a traditional Afghani-American woman who at seventeen enters an arranged marriage, to her emergence as a committed feminist political activist and Muslim woman.
In August 2001, Sultan visited Afghanistan to meet her extended family and explore how she could reconcile her Afghani Muslim upbringing with her own feminist ideals. One month later, after her return to New York, September 11th devastated the world and the United States invaded Afghanistan. Resolved to find out what had happened to her family, Sultan traveled back to the devastated and war-torn Kandahar, taking a small film crew with her, determined to bring the reality of the war and what it has done to women and children to light.
Discussion Guide
1. My War at Home begins with the Islamic saying, "The pleasure of God is the pleasure of the parents." What does this mean? How does it relate to the author's feelings about her arranged marriage?
2. What are some of the positive aspects of arranged marriages, according to the author? What traits would the couples need to have to make an arranged marriage a success? What was missing from the author's marriage -- why did she eventually get a divorce? Are successful arranged marriages possible in the United States? Why or why not?
3. While in Karachi, Pakistan, for the consummation of her marriage with her new husband, the author receives a white cloth from her mother, so that her mother "could prove my purity to my in-laws, despite the fact that I had grown up in America." What does this indicate that other countries think about Americans, particularly American women? What do you think that first night with her husband was like for the author? What if she couldn't have "proven her purity" -- what do you think would have happened?
4. "When a woman has marital problems, friends and family tried to ease her pain by minimizing its importance or seeking solutions that cause minimal disruption to the husband, even if the husband's words or actions cause immense pain for the woman." How is this different from American women's responses to their female friends' problems? How is it similar?
5. The author felt a tremendous mix of feelings about her new husband: "I wanted to scream, kick, and hurl things at him. But I also felt deeply sorry for him. I cared for him and did not want him to be sad and lonely. Maybe I just needed to try harder." What do the variety of feelings she felt reveal about the author? How do you think the author's American childhood affected her ability to adjust to her arranged marriage?
6. As chronicled by the author, Muslim culture ranges from very conservative, where women and men are kept completely separate from each other, to more liberal, where women and men have equal access to education and political voice. How do conservative Muslim customs compare to conservative Christian, Jewish, and Hindu customs? How are the roles of women similar in each religion? How are they different?
7. The author has fair skin and brown hair, which is different from the majority of Afghanis. How do her looks help her throughout the story? When do they hinder her? In addition to her appearance, in what other ways does the author feel like an outsider -- in both Afghan and American culture? What does she discover about herself when she goes to Kandahar the first time?
8. "Although the burqa sometimes symbolizes restrictions on women, I wanted to see it the way [my mother] would have seen it -- as a protective garment, as one that creates comfort for the woman because she doesn't have to worry about men looking at her body. Putting on the burqa also meant leaving behind the New York woman...." How is the burqa viewed in Western culture? Can wearing a burqa create more freedom for women? If so, how?
9. After September 11th, the author is elected to the Electoral College of Afghanistan-USA, the group that represented the Afghan-American community in Afghanistan's transition to democracy. "Men who didn't let their wives work and arranged marriages for their daughters would let a young woman speak for their interests." What does this reveal about Afghanis living in the United States?
10. After September 11th, many people wanted to "do something" in response. The author chose to return to Afghanistan and film what she found there. Why did she do this? What do her reactions reveal about the author? Do you think she was courageous, foolhardy, or both? Do you think she was successful in her efforts?
11. Sultan indicates how the American war in Afghanistan, with the death of civilians, especially of women and children, will increase the likelihood of terrorism against Americans. Do you agree with her? Why or why not?
12. What does the author say Americans could have done differently to avoid fomenting anger and vengefulness in Afghanis toward Americans? What do you think could have been done differently?
13. Why do you think there is no word in Pashto for "vagina" or "sex?"

Enhance Your Book Club
1. Screen the documentary From Ground Zero to Ground Zero as part of your meeting.
2. Go to an Afghani restaurant or serve Afghani foods to bring more "flavor" to your meeting.
3. Masuda Sultan mentions the Afghani pop singer, Farhad Darya. Download Farhad Darya's music or find other Afghani musicians and listen to their music.
4. Use sheets and quilts as burqa facsimiles to get a sense of what it is like to wear one -- and gain, on a small scale, new understanding of what life for women in Afghanistan is like.
5. Compile a list of customs from the major religions in the world -- Christian, Jewish, Hindu, or others -- and compare the roles of women and men in each of them. 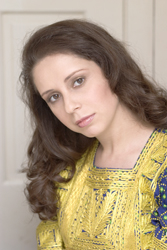 As an entrepreneur and international human rights advocate, Masuda Sultan works with a number of organizations, including Women for Afghan Women and the Business Council for Peace. Just twenty-seven years old, Masuda has a master's degree in public administration from the John F. Kennedy School of Government at Harvard University.

". . . An honest and moving memoir. . . Sultan's rise from a helpless bride in an arranged marriage to a strong and articulate voice for Afghan women's rights is truly remarkable. She is an important addition to the growing community of Muslims who work to bridge gaps and address stereotypes." -- Khaled Hosseini, author of The Kite Runner

"In a time when globalization is bringing people together, but cultural and religious divisions seem starker than ever, My War at Home should be required reading. This engaging memoir reveals the power of the human spirit in bridging even the widest divides." -- Swanee Hunt, former U.S. ambassador to Austria and current director of Harvard University's Women and Public Policy Program

My War at Home