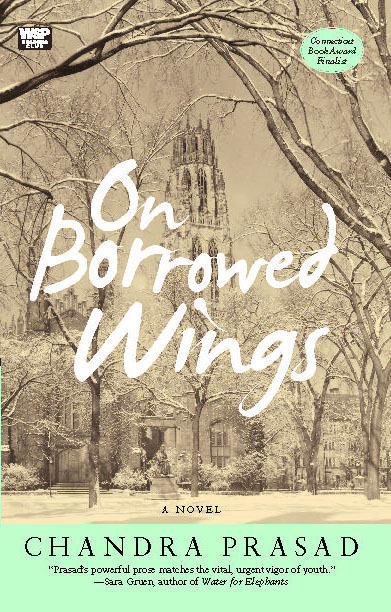 By Chandra Prasad
LIST PRICE $17.99
PRICE MAY VARY BY RETAILER

Adele Pietra has heard her mother say that her destiny is carved in the same brilliantly hued granite her father and brother cleave from the Stony Creek mine: she is to marry a quarryman. But when Adele's brother, Charles, dies in a mining accident, Adele sees the chance to change her life. Enrolling at Yale as Charles, Adele assumes his identity -- and gender -- as a way to leave behind her mother's expectations and the limitations of her provincial Connecticut town.

To her own surprise, hair chopped and chest bound, Adele falls in naturally with a lively crew of undergraduates: the Jewish Harry Persky with his slick Manhattan know-how, the quiet and mysterious legacy student Phineas, and the lanky, charismatic Wick. And in many ways, Adele faces her freshman year at Yale as would any undergraduate boy: she dreads invasive PE examinations and looks forward to dances, experiments with cigarettes and reads the classics. Through her work with a questionable eugenics professor and her friendship with a local Italian family, Adele confronts her class and ethnicity as never before, all the while fearing that both her crush on Wick and her mother's well-meaning interventions will put an end to her delicate masquerade.

One part social history, one part comingof-age tale, On Borrowed Wings is an impeccably researched first novel that transports us to 1930s Yale, showing us around through the eyes of an unlikely, appealing female narrator.

By clicking 'Sign me up' I acknowledge that I have read and agree to the privacy policy and terms of use. Free ebook offer available to NEW CA subscribers only. Offer redeemable at Simon & Schuster's ebook fulfillment partner. Must redeem within 90 days. See full terms and conditions and this month's choices.
On Borrowed Wings by Chandra Prasad
Reading Group Guide

On Borrowed Wings is the impeccably researched and imaginatively written story of Adele Pietra, a bright and restless girl raised by an unhappy couple in the granite town of Stony Creek, Connecticut. Determined not to follow in her mother's footsteps and marry a quarryman, Adele spends the summer of 1936 dreaming of escape and adventure. When her brother Charles is killed in a mining accident she sees her chance and, assuming Charles's identity and gender, enrolls as a freshman at Yale. Adele befriends a lively crew of undergraduate boys, including charismatic troublemaker Wick Foster. Despite her admirable navigation of Yale's rigorous social and academic pressures, great obstacles spring up along the way. Her work with a mentally unsound eugenics professor, her inconvenient crush on Wick, and her mother's unexpected meddling threaten to put an end to Adele's masquerade and her chance for a better life.

Questions for Discussion
1. On Borrowed Wings contains rich and historically accurate detail about a place few people have experienced firsthand. What did you learn about the collegiate experience in the first half of the 20th century, and about Yale in particular? What interested you most? What aspects of Yale's history would you have liked to have seen explored more?

2. When Amelia Earhart gives her speech at Yale, the students ask her pointedly personal questions about her home life and whether she plans to have children. What does this scene reveal about the expectations of women in the 1930s? Does this change your attitude toward the risks Adele takes by impersonating a man? Discuss the issue of gender roles in the book.

3. Discuss the various meanings of the book's title. Consider recurring motifs such as birds, flight, and the ways in which several characters borrow other identities.

4. Early in the novel Adele speculates on Mother's reasons for trying to force her to marry a stonecutter: "I'd think that maybe she couldn't envision my life as different from hers because she was confined by her own exampleŠ.I didn't know at that moment, and even later, to be honest, I'd never know for sure" (p. 15). What do you think of Mother's motives?

5. Mother is an extremely complicated character -- she's haughty, intimidating, and ambitious -- but she displays unexpected moments of kindness. She ultimately has a stormy relationship with Adele. What is your opinion of her by the book's end? Do you find her a sympathetic character?

6. Discuss the role of deception in the book. Do you think the author believes deception is acceptable when directed toward the right cause? Consider the evidence Adele alters in Professor Spang's study, Adele's work with the DiRisios, and her falsified identity at Yale.

7. Why does Adele follow the stranger to the burlesque show? Why does she feel compelled to have contact with him?

8. Wick thinks that falling in love will cure him of his phoniness. Do you think that it will? Can love help people correct their shortcomings?

9. When Adele discovers Phin in the library, she learns that he has a secret that might be nearly as damning as her own. How do these secrets create a bond between the two? What are the similarities in their situations? How would the consequences of their exposure differ?

10. What is the significance of the story behind Pa's "brother" Francisco? Given Mother's relationship with Pa, why do you think she withholds the secret about Francisco until the end of the book? How does this change Adele's feelings about her family? How does this revelation affect Adele's understanding of her own situation and her own character? What does it seem to say about societal limitations versus the limitations of our own character?

11. Harry is Jewish, Phin is gay, Adele is in disguise, and Wick feels his whole personality is fraudulent. Discuss how these friends are all outsiders. What is the significance of their status? How are other characters outsiders in their own ways?

12. When Mother tells Adele the truth about her "uncle" Francisco and calls Adele's father a coward, Adele makes a decision: "Even if what she was saying were true, even if she managed to contaminate my memories, I wouldn't let her denigrate Pa any further. I understood where my loyalties lay, and where hers lay, too" (p. 296). How does the book explore the issue of loyalty? Consider the various alliances between Adele's family members and friends.

13. Were you satisfied with the book's ending, and the way things were left with Wick? Do you agree with Adele's decision to cut ties with her mother and return to Yale? Given the many questions left unanswered at the book's end, what do you think will happen? Will Adele be able to re-enter society as a female, or will she be caught before completing her studies? What might the consequences of her deception be? Aside from going to Philadelphia, what might Adele's other options have been?

Tips to Enhance Your Reading Group

1. Read other coming-of-age, "Ivy-lit," such as F. Scott's Fitzgerald's This Side of Paradise (Princeton) or Thomas Wolfe's Of Time and the River (Harvard).

2. Prepare a delicious Italian potluck like the DiRisio family's, including such favorites as artichoke risotto, pasta, lamb, and ricotta pie. Find great recipes in Every Night Italian by Giuliano Hazan or on http://www.foodnetwork.com/food/recipes. 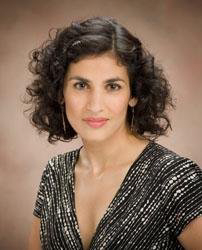 Chandra Prasad is the originator and editor of -- and a contributor to -- W. W. Norton's Mixed: An Anthology of Short Fiction on the Multiracial Experience, which includes original pieces by Ruth Ozeki, Danzy Senna, and Rebecca Walker. Her other works include the novella Death of a Circus, which Tom Perrotta hails as "narrated with Dickensian verve, a keen eye for historical detail, and lots of heart," and the careers guide Outwitting the Job Market. Prasad is also the author of numerous articles, which have been published by the Wall Street Journal and New York Times Magazine, among others. A graduate of Yale, she lives and works in Connecticut.

"In Adele, Chandra Prasad has created an inspired and timeless heroine whose intelligence, imagination, and determination has you rooting for her from the very first page. Prasad's powerful prose matches the vital, urgent vigor of youth, particularly the bond of friendship. Her novel combines drama and a strong sense of place that provides both a lesson in history and a fine read." -- Sara Gruen, author of Water for Elephants

"Authentically and beguilingly, with admirable daring and wit, Chandra Prasad has written a modern fairy tale that transports her readers to a very particular era and place. She reminds us, importantly, about which things in our world remain constant -- and which have changed so swiftly in so little time." -- Julia Glass, author of Three Junes and The Whole World Over

"On Borrowed Wings is an intriguing and moving debut. Prasad writes with the skill and confidence of an already seasoned author." -- Cristina Garcia, author of Dreaming in Cuban

"Written in spare, elegant prose, this gem of a book is both rhetorically and dramatically compelling. It is, in short, a finely crafted page-turner." -- Jake Halpern, commentator on NPR's All Things Considered and author of Fame Junkies

"In Chandra Prasad's compelling debut novel, Adele Pietra, a poor yet ambitious girl from a Connecticut granite quarry town in the 1930s, assumes the identity of her deceased brother and attends Yale University. Throughout this page turner, Adele faces the normal challenges of freshman year that any undergraduate would: meeting buddies, falling in love, keeping up with schoolwork; except she also carries the burden of keeping her true identity concealed. Prasad develops each character beautifully and we soon begin to think of the intrepid heroine's friends as our own. This coming of age story is a great read and I look forward to reading more of the writer's work in the future." -- Melissa Kagan, Lifetime TV

"A story of race, class, gender, and family -- though you so root for the young woman's dream of ambition that you don't notice until the novel is done. That's great, believable storytelling." -Faith Middleton, NPR's Faith Middleton Show

"On Borrowed Wings is an impressive debut for Chandra Prasad" -- Drew Gallagher, The Free Lance-Star

"In her splendid debut novel On Borrowed Wings, Hamden author Chandra Prasad explores the theme of identity in all its myriad forms -- gender, race, class and ethnicity -- in a poignant tale about a young woman whose fate is forever changed when tragedy takes the lives of her father and brother." -- Patricia D'Ascoli, The New Haven Register

By Chandra Prasad
LIST PRICE $17.99
PRICE MAY VARY BY RETAILER