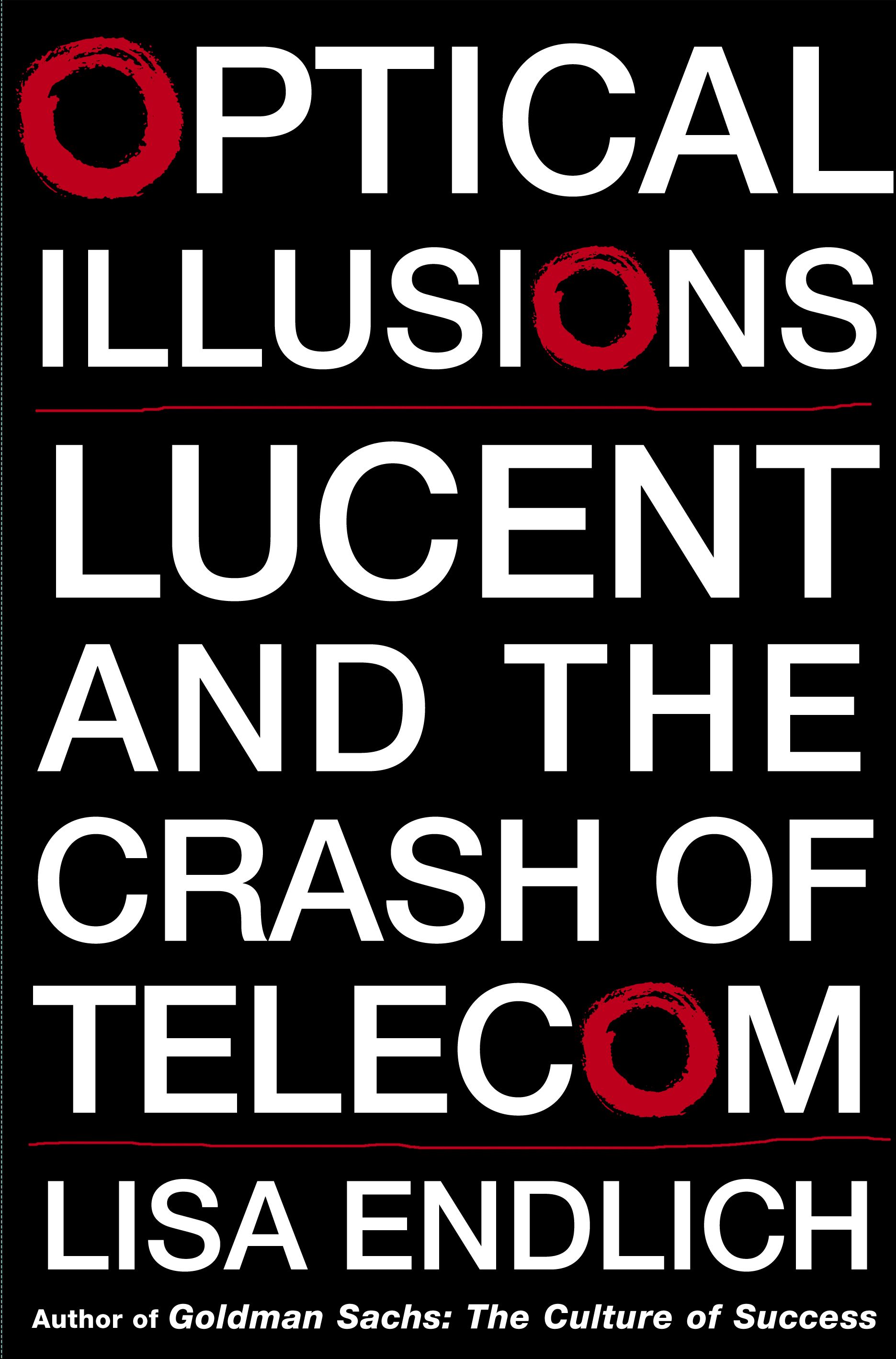 Lucent and the Crash of Telecom

When Lucent Technologies was spun off from AT&T in 1996, the new company was full of promise. An old-line manufacturer, it quickly became a sizzling hot stock thanks to the emergence of the Internet and the build-up of telecommunications. The stock market was soaring, and Lucent flew with it. Within a few short years it became the sixth-largest corporation in America and the most widely held stock in the country. Yet only months later, Lucent was gasping for life, victim of the greatest stock-market bubble in history.
Optical Illusions is the story of a financially sound company steeped in world-class talent, dominant in one of the fastest-growing industries, that in the space of two years found itself downgraded to a junk-bond credit rating, under investigation by the SEC for its accounting practices, the value of its stock reduced to the price of a cup of coffee. Lisa Endlich tells the fascinating tale of the company that epitomized the misfortunes of the telecom industry, leaving investors and employees shocked and confused.
In writing this book Endlich had access to more than a hundred people who played a role in the drama, as well as previously sealed courtroom documents. She explains how the conflicting styles of CEOs Henry Schacht and Rich McGinn contributed to Lucent's woes, and she shows how the loss of skilled executives such as Carly Fiorina hurt the company at a crucial moment. When it was all over, Schacht -- Lucent's first CEO, who was later brought back to right the listing ship -- acknowledged that Lucent had allowed itself to be swept up in the market mania, distorting its corporate values in the process.
Although the stock-market mania of the late 1990s is remembered as "the Internet craze" or "the dot-com madness," as Optical Illusions shows, the damage was more widespread and lasting. In fighting for its survival, Lucent laid off more than 70 percent of its employees, wrecking retirees' savings and investors' portfolios alike.

Chapter One: Looking Back

The underpinnings of the emerging telecom bubble were a phenomenal miscalculation. At the time it seemed like a logical progression of history: cellular, the Internet, the new thing. It was bold, it was risky, it was expensive. And it was wrong.

The stock market bubble of the late 1990s will undoubtedly be remembered as the "Internet craze" or "dot-com mania," but this would be selling the madness short. While the fortunes of individual dot-coms have provided journalists and financial historians with some of the most dramatic, colorful, and apocryphal tales, they form only a peripheral portion of a much larger and more significant tale. No industry looked more promising or bled more money than telecommunications. With a collapse in market capitalization of more than $4 trillion and job losses in excess of 500,000 between 1999 and 2002, the telecom meltdown ranks as the greatest stock market debacle ever.

Lucent embodied the transformation in telecommunications. Born in April 1996 as a spin-off of the foundering telecom giant AT&T, Lucent had once been part of the largest regulated monopoly in the United States and thus was protected from the vagaries of the marketplace.

Lucent was the largest initial public offering ever, and because each AT&T shareholder became a Lucent shareholder (along with the new investors attracted by Lucent's stellar performance), it was not long before Lucent was the most widely held stock in America.

Market booms and busts have been studied over time from a macro perspective, with the observer stepping back to examine their insidious effects on the economy as a whole. Perhaps some light can be shed on the boom and bust at the turn of the century by adopting a micro point of view, by studying the path that leads to madness through the actions of a single company that in every way embodied its times. Lucent was born at the inception of the greatest market bubble ever, at the outset of an investment boom that poured billions of dollars into the telecommunications industry. And while understanding this mania in investment is essential to comprehending the company, the reverse may be true as well.

Lucent's startling transformation from an obscure division of AT&T to the sixth-largest corporation in America and then to a company gasping for its financial life left investors and observers by turns delighted, shocked, confused, and finally dismayed as they sought an explanation for the company's descent. The speed of Lucent's decline was as staggering as its magnitude. In the space of twenty-four months, the market capitalization of the company dropped by a quarter of a trillion dollars as its stock price plummeted by 99 percent. Lucent went from spending $100 million to advertise its new name to turning off lights and shuttering bathrooms to save pennies. This is the story of a financially sound company steeped in world-class talent, dominant in one of the world's fastest-growing industries, that in the space of two painful years found itself branded with a junk-bond credit rating, under investigation by the SEC for its fraudulent accounting practices, fighting off rumors of insolvency, and, hat in hand, begging its bankers for a little more time.

Situated on the seam where the new economy met the old, Lucent's prominence alone might have made its downfall a moderately interesting tale. But the story is surprisingly dramatic for a telecom equipment vendor, complete with a boardroom coup, a stock rise and fall in the shape of Mount Everest, and a series of financial and product decisions that left the company enfeebled. This is not a tale that can be charted over decades by pointing to a corporate culture decaying from within or a market in, say, buggy whips or bonnets disappearing in its entirety. Nor is it the story of teenagers popping out of a garage with an invention that would earn them billions, yet finding themselves unable to run the company they built. Lucent's leaders were the men and women of AT&T, the people who practically invented the modern corporate structure. As an old-world stalwart turned new-world bellwether, Lucent experienced the fallout from this historic event with as much force as any ethereal dot-com. When it was over, CEO Henry Schacht was forced to admit that the frenzy that engulfed the stock markets had badly distorted the company's value structure, tampered with its moral compass, and led to decisions that would never have been made in saner times.

The moment of inflection for Lucent came when the U.S. government passed the Telecommunications Act of 1996, igniting competition and forever shattering the rigid confines of this cozy, quasi-monopolistic industry. For Lucent, this regulatory change was a godsend. While Lucent remained inside AT&T, its customers had been AT&T itself and the local Bell phone companies. Soon hundreds of upstart telecom carriers were in a race to build their own state-of-the-art networks, relying almost entirely on borrowed funds. A spending free-for-all broke out, and as the world's largest purveyor of telecommunications equipment, Lucent could not have been better situated to take advantage of this investment binge.

Henry Schacht is known for his business wisdom, and in his earliest days as CEO, he accurately foretold the difficulties that would plague his company and its industry in this unsettled environment: "The pace of change is escalating dramatically at a time when visibility and predictability are declining dramatically." Management would need to pick up the pace, and for those coming from AT&T "the future is getting more opaque. My analogy is that it is the equivalent of a racecar driver accelerating in an increasingly dense fog. This is not a description that human beings find very comforting. We instinctively shy away from rapid destabilizing change; an element of fear is introduced." Even he would be surprised at the prescience of his predictions. 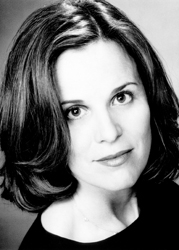 Lisa Endlich holds master's degrees from MIT in management and in urban planning, and was a vice president and foreign exchange trader for Goldman Sachs. She was raised in Los Angeles and lives in England with her husband and their three children.

Lucent and the Crash of Telecom