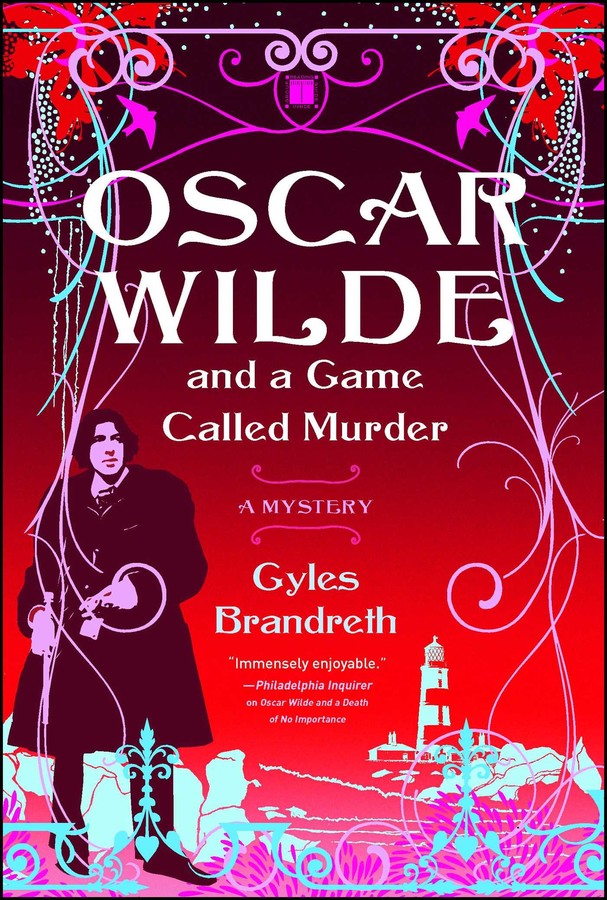 It's 1892, and Wilde is the toast of London, riding high on the success of his play Lady Windemere's Fan. While celebrating with friends at a dinner party he conjures up a game called "murder" that poses the question: Who would you most like to kill? Wilde and friends -- including Arthur Conan Doyle, Bram Stoker, and poet Robert Sherard (the novel's narrator) -- write the names of their "victims" on pieces of paper and choose them one by one. After leaving the party, Wilde scoffs at the suggestion that he may have instigated a very dangerous game indeed....

The very next day, the game takes an all-too- sinister turn when the first "victim" turns up dead. Soon Wilde and his band of amateur detectives must travel through the realms of politics, theatre, and even boxing to unearth whose misguided passions have the potential to become deadly poisons...not only for the perpetrator of the seemingly perfect crimes but also for the trio of detectives investigating them.

Richly atmospheric and as entertaining as Wilde himself, this book is the second in a series destined to delight mystery readers and fans of historical fiction alike.

Questions For Discussion
1. The book begins with this quote: "Would you like to know the great drama of my life? It is that I have put my genius into my life...I have put only my talent into my works" (p. ix). What might Oscar Wilde have meant by this? Are there instances in the book where the fictional Wilde demonstrates this genius?
2. "Young people imagine that money is everything; when they grow older, they know it" (p. 194). In his daily interactions, how does Oscar demonstrate the truth of this remark? Compare Sherard's and Pearse's opinions of money with Oscar's.
3. To Oscar, ugliness is a sin he labels "the devil's work" (p. 155). In your opinion, why is he so distressed by things that are not beautiful? How does his quest for beauty color his life and daily interactions?
4. When Sherard asks Oscar why he deliberately makes an enemy of Charles Brookfield, Wilde says, "Because I cannot make him my friend" (p. 222). Do you agree that Oscar lacked the power to make a friend of Brookfield? Why weren't they friends? What does this say about Wilde's character? About Brookfield's?
5. Discuss the role of class in the book. How does Oscar differ from Alphonse Byrd and David McMuirtree in social rank? In particular, what does the book say about being a gentleman?
6. What are Sherard's first descriptions of Byrd when he is introduced to the story? How does our knowledge of this secretive man change as the mystery unfolds?
7. Sherard's infatuation with Constance is clear from the moment the book begins. What qualities does she possess that draw him (and Edward Heron-Allen) to her? Do these qualities apply to women today or are these traits specific to that time period?
8. As he begins to unravel the mystery behind five murders, Oscar offers a few clues to Robert Sherard. Did any of these hints lead you to incorrectly guess the murderer's identity? Immediately before the dinner when Oscar solves the mystery, who were the most likely suspects?
9. Oscar's boredom with Constance is apparent throughout the novel. He also appears to have strong feelings for Bosie. How does he rationalize his lack of affection for Constance? How does the book approach the issue of Oscar's homosexuality and his relationship with Bosie?
10. The novel's Postscript tells us of Oscar Wilde's unfortunate end. At which points in the book does Oscar foreshadow his own demise? Does he seem bothered by the prospect of what his future holds? Why or why not?
Enhance Your Book Club
1. Bring in a copy of Oscar Wilde's "Phrases and Philosophies for the Use of the Young" or a copy of the Marquess of Queensberry's boxing rules for discussion. Both references are short and can be found on the Internet at www.kingkong.demon.co.uk/gsr/phrphi.htm and http://en.wikipedia.org/wiki/Marquess_of_Queensberry_rules.
2. Bram Stoker, the author of Dracula, is introduced to the reader in this novel. Choose one of his works as your next book club assignment. Or rent a DVD version of Dracula to watch with your group.
3. The story takes place during the successful run of Oscar's play Lady Windermere's Fan. Research both Oscar Wilde and Lady Windermere. Bring in copies of the script and stage a reading of the play with the members of your book club.
4. Arrange your own version of the meal that takes place at the beginning of the story. You'll need a well-planned menu, including wine pairings, as well as a seating chart. Scan the book for examples of the rich foods that Oscar and his friends enjoyed and see which ones you can prepare yourself. Most important, choose a question that can be asked anonymously of the guests at the end of the meal. And just for fun, have everyone suggest a who-would-you-kill nominee, maybe based on bad book club selections or characters. 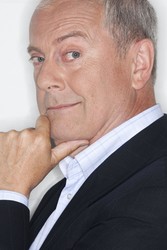 Gyles Brandreth is a prominent BBC broadcaster, novelist, biographer, and a former Member of Parliament. He is also the author of the Oscar Wilde Mystery series. Find out more at GylesBrandreth.net.

"One of the most enjoyable crime series around." -The Scotsman