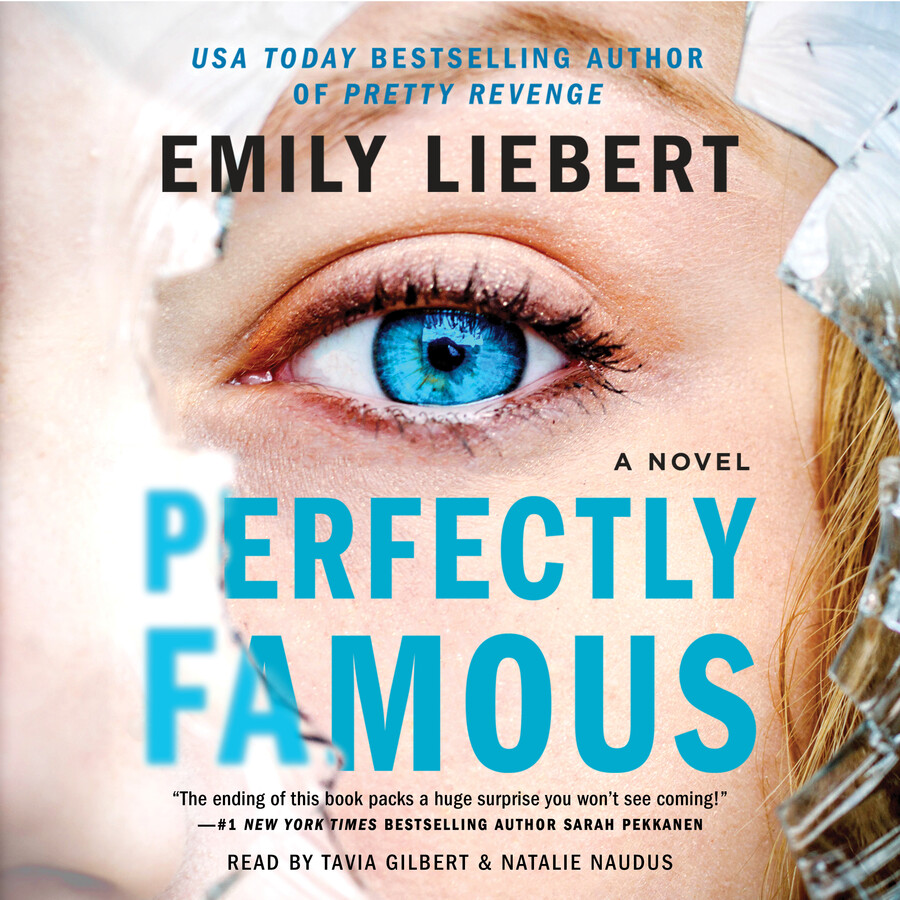 From the USA TODAY bestselling author of Pretty Revenge—a “gripping tale of subterfuge, betrayal, and retribution” (Liv Constantine, bestselling author of The Last Mrs. Parrish)—comes the story of a journalist obsessed with finding a crime novelist who disappears after a deadly attack on her beloved daughter.

As a mother and a famous author, Ward DeFleur has it all. She lives in a beautiful estate in picture-perfect Connecticut, along with her teenage daughter, Stevie, where nothing can go wrong. Until, one night, when Stevie is brutally murdered and Ward’s entire world is shattered. Consumed by panic and grief, Ward vows never to put pen to paper again.

Bree is a recently-divorced, former-journalist-cum-housewife, desperate to fill her days with something other than Pilates classes and grocery shopping. So she decides to start writing for the town newspaper. What begins as Bree’s effort to tell Ward’s tragic narrative turns into a fixation with finding her favorite author. Unfortunately, Ward doesn’t want to be found. Even worse, Stevie’s killer is still on the loose…

This harrowing tale of one woman’s infatuation and another woman’s fear is full of explosive surprises, perfect for fans of The Night Olivia Fell and Then She Was Gone.

By clicking 'Sign me up' I acknowledge that I have read and agree to the privacy policy and terms of use. Free ebook offer available to NEW CA subscribers only. Offer redeemable at Simon & Schuster's ebook fulfillment partner. Must redeem within 90 days. See full terms and conditions and this month's choices.
This reader’s guide for Perfectly Famous includes an introduction, discussion questions, and ideas for enhancing your book club. The suggested questions are intended to help your reading group find new and interesting angles and topics for your discussion. We hope that these ideas will enrich your conversation and increase your enjoyment of the book.

Ward DeFleur has it all—an incredibly successful writing career and a picture-perfect estate in Connecticut, which she shares with her beautiful teenage daughter, Stevie. Nothing can go wrong. Until, one night, Stevie is brutally murdered and Ward’s whole world comes crashing down. Grief-stricken and panicked, Ward withdraws from the public eye, vowing never to put pen to paper again.

Enter Bree Bennett, a recently divorced former-journalist-turned-housewife. Bree is desperate to bring some excitement back into her life after years of Pilates classes and grocery shopping. So she decides to start writing for the town newspaper. What begins as Bree’s effort to tell Ward’s tragic narrative turns into a fixation with finding her favorite author. Unfortunately, Ward doesn’t want to be found, and Stevie’s killer is still on the loose.

Perfectly Famous is a harrowing tale of one woman’s infatuation and another woman’s fear, full of explosive surprises.

“‘There can’t be any . . .’ She paused, careful to select the least offensive word. ‘Issues’” (page 5). Ward’s publicist, Gwen, hints that there have been problems with previous book signings. How does this set the stage for the chapter and the book as a whole? After the big plot twist reveal, go back and reread the first chapter. How has your perception of it changed now that you know how it ends?

Bree’s best friend, Maggie, is a psychologist. How do you think that affects their friendship dynamic? Do you think overall it is a positive thing? How do Bree’s conversations with Maggie help drive the plot?

Analyze the two main female characters, Bree and Ward. How are they different, and how are they similar? Do they complement each other in any way? Why is Bree so drawn to Ward’s disappearance in the beginning? Does Bree see herself in Ward on some level?

Discuss the male characters. Many of them who appeared caring, helpful, and harmless at first turn out to be just the opposite. Why do you think Liebert decided to develop her male characters this way? Do you think it was a purposeful decision? Which character ends up being a surprise hero?

Bree becomes entangled with two very different men: Scott, who is reliable and kind, and Evan, who is mysterious and passionate. What is it about Evan that makes Bree so smitten with him? Do you think her attraction is rooted in the fact that he’s helping her find Ward or does she actually like his personality? Do you think she is really attracted to the danger after her life of being a stay-at-home mom?

“Remarkable how one tragic incident can change your entire outlook” (page 169). Ward is describing how Patricia never used to be suspicious of others until the Stevie incident. Do you think it’s true that one moment can impact everything? Has there ever been a moment—either good or bad—that completely changed the way you look at the world and those around you?

What were some of the clues that foreshadowed the twist about what really happened to Stevie? Were you completely taken by surprise or were there moments when you were able to piece it together? If so, what were those moments?

Discuss Ward’s decision regarding Stevie’s safety. Do you think it was the right choice for the time or do you think it ended up causing more damage, stress, and complications? What do you think you would have done in Ward’s situation? Would you have gone in a similar direction?

What are some of the tools that Emily Liebert uses toward the end to increase the pacing of the book?

When did you begin to suspect that Christopher and Evan were the same person? How does Liebert hint at it beforehand? Go back and analyze the parts where Bree brings up Christopher’s name in Evan’s presence. Are the clues easier to spot now that you know the truth?

In the flash-forward at the end, Bree and Ward have almost reversed roles. Bree is now the star author signing the book she and Ward cowrote. Discuss how—in some ways—everything has come full circle by the end.

Talk about the very last scene. How does it change the way you interpret every interaction that Ward had with Alex? Does it make you question Evan’s involvement at all? Do you think Ward should have been more cautious of Alex when she found out that he was at the same bar as Stevie on the night she was attacked?

Ward DeFleur is one of Bree’s favorite writers and she desperately wants to help Ward tell her personal story. It’s this infatuation that drives Bree throughout the whole book. Pick a writer you would want to collaborate with on a project. Why would you choose them? What would your project be called?

Bree’s whole investigation begins when she starts working at the Fairfield Chronicle. Bring a few different local newspapers and flip through them to see some of the stories that they highlight. Do any of them overlap? Are there any that seem similar to the ones that Bree had to cover? Did you learn anything new about your town?

Visit Emily Liebert’s website, www.emilyliebert.com, to learn more about Emily and connect with her on social media. 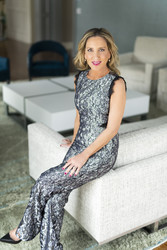 Emily Liebert is the author of six books and has been featured on the Today show and in publications such as The New York Times, The Wall Street Journal, Ladies’ Home Journal, People, The Washington Post, and many more. Emily lives with her husband and their two sons in Connecticut.

"Liebert's latest, and quite intriguing, audiobook thriller features two skilled narrators. Tavia Gilbert voices Ward DeFleur, a famous author who retreats from public life after her teenage daughter, Stevie, is attacked and murdered. A fan of DeFleur's writing, the journalist Bree Bennett, voiced by Natalie Naudus, tries to find the elusive author and solve Stevie's murder. . . . Naudus stands out with her chilling portrayal of a male suspected killer shouting in an explosive rage. The author confesses to changing the novel's last line and, hence, the ending, at the very last minute. Hearing this final horrific scene unfold in audio makes for a bombshell of an ending."