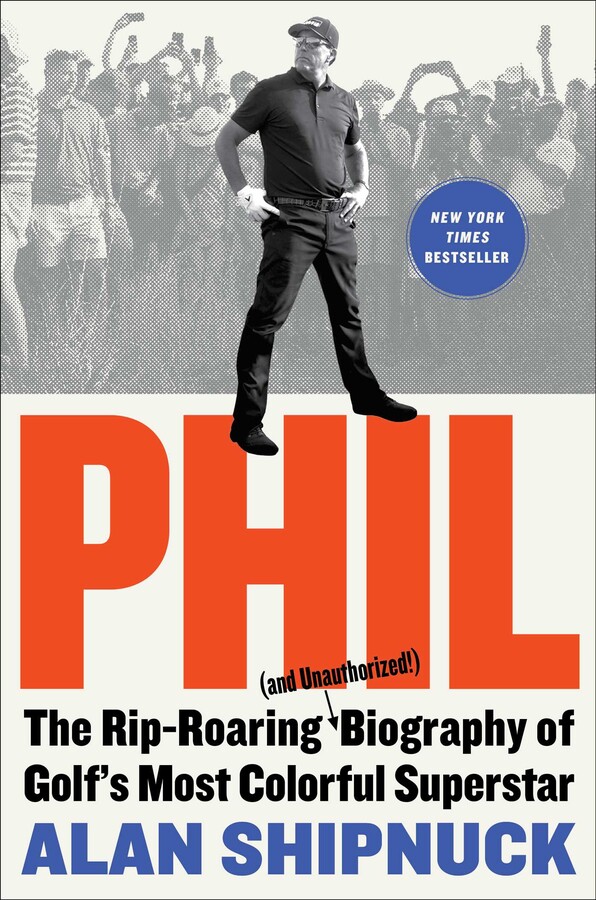 The Rip-Roaring (and Unauthorized!) Biography of Golf's Most Colorful Superstar

Phil Mickelson is one of the most compelling figures in sports. For more than three decades he has been among the best golfers in the world, and his unmatched longevity was thrown into sharp relief in May 2021, when Mickelson, on the cusp of turning fifty-one, became the oldest player in history to win a major championship. In this raw, uncensored, and unauthorized biography, Alan Shipnuck captures a singular life defined by thrilling victories, crushing defeats, and countless controversies. Mickelson is a multi-faceted character and all of his warring impulses are on display in these pages: He is a smartass who built an empire on being the consummate professional; a loving husband dogged by salacious rumors; a compulsive gambler who knows the house always wins but can’t tear himself away; an intensely private person cravenly building his brand on social media.

Mickelson’s career and public image have been defined by the contrast with his lifelong rival, Tiger Woods. Where Woods is robotic and reticent, Mickelson is affable and extroverted, a consummate showman whom many fans love and some can’t stand because of his overwhelming Phil-ness. For over a decade, Mickelson lacked Tiger’s laser focus and discipline, leading Tida Woods to call her son’s rival “the fat boy,” among other things. Yet as Woods’s career has been curtailed by scandal, addiction, and a broken body, Mickelson sails on, still relevant on the golf course and in the marketplace.

This book is the perfect marriage of subject and author. Shipnuck has long been known as the most fearless writer on the golf beat and he goes deep on all the rumors and controversies that have forever dogged Mickelson. But he spends nearly as much time celebrating Mickelson’s random acts of kindness and generosity of spirit. Shipnuck has been on the ground at Mickelson’s most memorable triumphs and crack-ups and he takes readers inside the ropes with a thrilling immediacy. His access through the years to Phil, his wife, his famous caddie Bones, and other insiders gives the story a deep intimacy. Phil is the juiciest and liveliest golf book in years, full of heart, humor, and unexpected turns. 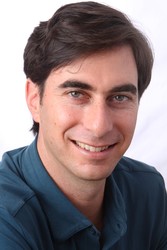 Alan Shipnuck wrote his first cover story for Sports Illustrated in 1994 as a twenty-one-year-old intern, and in the ensuing quarter-century he typed two dozen more. He is the author of eight books, including the national bestsellers Bud, Sweat & Tees and The Swinger (with Michael Bamberger). Shipnuck has received twelve first-place awards in the annual writing contest conducted by the Golf Writers Association of America, breaking the record of Dan Jenkins, a member of the World Golf Hall of Fame. He is a partner at the golf media company the Fire Pit Collective, where all of his writing, podcasts, and video storytelling can now be found. Shipnuck lives in Carmel, California.

Praise for Michael Bamberger and Alan Shipnuck's The Swinger:

“Hilarious . . . A sensational novel of life on Tour.” —Golf Magazine

“A devilishly fun summer read for sports fans, celeb-gawkers, or anyone that just likes a good story . . . If you had any interest at all in the Woods saga as it played out, you’re nearly guaranteed to love this novel.” —Daniel Roberts, Fortune

“An entertaining, revealing, thought-provoking, and cautionary tale . . . It’s easy to catch yourself wondering: Is this what really happened? No one may ever know exactly what happened to Woods, and the book is fiction — keep repeating that with each turned page — but it provides invaluable insight into the life and times of Woods. . . . The Swinger is a golf book, but it is a 21st-century sociology lesson, too.” —Bill Pennington, The New York Times

“Will leave you howling . . . Surprisingly poignant . . . Bamberger and Shipnuck’s knowledge of the game gives the book a reality rarely seen in golf fiction outside of Dan Jenkins.” —Garry Smits, Florida Times-Union

"In their roman à clef about Tiger Woods, Shipnuck and Bamberger thinly disguise as fiction plenty of gossip they've heard over their four decades, combined, covering the PGA Tour. . . . What’s more relevant to the story, and to the reader—including, possibly, Tiger Woods himself—is the way Tree approaches his post-scandal life. The authors’ idealized version of Woods comes totally clean about his past mistakes. There are no staged interviews, no clipped or dodgy answers. Tree Tremont lets his guard down, even cracks a few jokes about the absurdity of his situation. He starts enjoying the company of his fellow players and—gasp—the fans. Tree wins that Masters, his game even gets better, and yes, fans fall for him all over again. . . .When reading The Swinger, you can’t help but wonder: what if Tiger were more like Tree?” —Time magazine

The Rip-Roaring (and Unauthorized!) Biography of Golf's Most Colorful Superstar