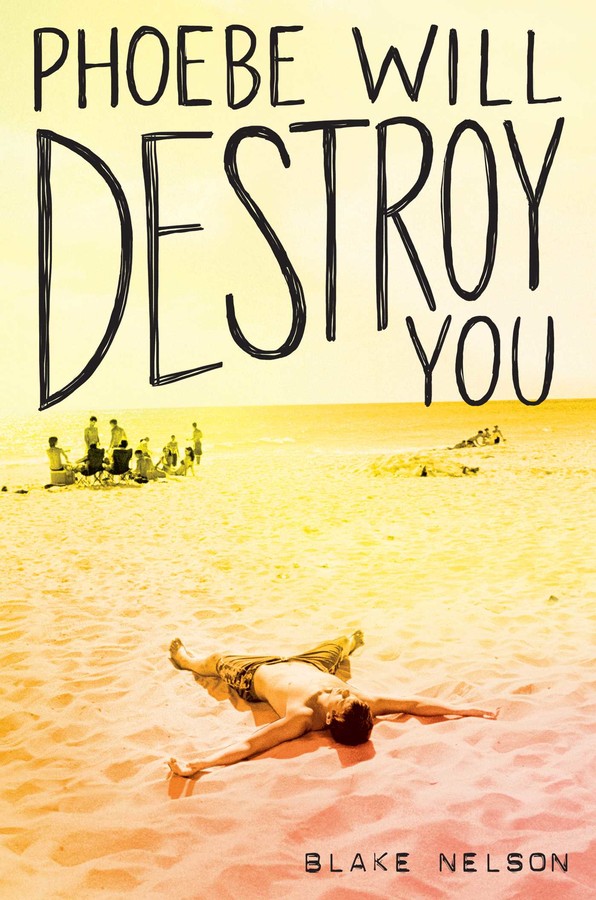 From the author of Girl, Boy, and Paranoid Park comes a new novel about the obsessive vortex of falling in love in an impossible time and place.

The summer I was seventeen I met this girl…

Nick has the best of moms and the worst of moms. On the upside, she’s a distinguished professor and bestselling author. On the downside, she’s a serious alcoholic, with no clue how to relate to her son or husband.

Nick, meanwhile, has finished his junior year and needs a break from his stressful home life. What better place to spend the summer than Seaside, Oregon, a sleepy beach town where he can chill out, meet girls, and work at his Uncle’s car wash.

Why does Nick love her so much? Will he survive this obsession? And who can he turn to for help?

From the author of the classic novels Girl and Paranoid Park comes a story of the joy, the pain, and the madness of growing up.

Phoebe Will Destroy You 1
I arrived in Seaside at dusk. The bus let me off on the side of the highway. There wasn’t an official bus stop, just a bench that said GREYHOUND on it, next to an old gas station that had its windows boarded up and a FOR SALE sign in the front.

I was supposed to call Aunt Judy when I got there, but I’d been on the bus for five and a half hours and I didn’t feel like calling right away. It felt good to be outside, in the open air, in a place that was new and unfamiliar. I walked around on the crumbly asphalt and stretched my legs. I breathed in the cool ocean breeze.

There was a store across the two-lane highway called the Quick-Stop. I waited until the traffic cleared and crossed, rolling my suitcase behind me. A little bell jingled when I pushed open the door. The Quick-Stop was a bit run-down: dirty floors, a sticky soda machine. The beer signs and other advertisements on the walls looked like they’d been there for decades. I walked around, rolling my suitcase up and down the aisles, looking for something to eat. They had some strange stuff in that store: rifles, bear traps, camouflage vests, every kind of knife you could imagine. There was homemade jerky and dried-out corn dogs under a heat lamp. I decided on some Hostess mini donuts and a pint of milk and went to the counter. The creepy lady stared at me while she rang me up. I stared back. She gave me my change, and I rolled my suitcase outside and stood in the parking lot and ate my donuts.

I’d been to Seaside before, visiting the same aunt and uncle, but that was four years ago. My mom didn’t like the Reillys, was the reason we hadn’t been back for so long.

I didn’t remember much about the town. It wasn’t very big; I knew that. Across the highway you could see the Coast Range mountains. They’d been clear-cut, and the treeless spots, ragged and bald, looked like a bad buzz job. In the other direction was the Pacific Ocean. You couldn’t see it from the Quick-Stop, but you knew it was there. You could smell the salt spray in the air. And the sun had set, so the sky was turning a bright red and pink.

I finished the six donuts. I could have used a couple more, since they were mini donuts and hardly bigger than a bite each. But I didn’t buy any more. I drank my milk and watched the cars pulling in and out of the parking lot. I felt good and relaxed for a change, since I was in a new place and I wasn’t attached to anybody or anything. Nobody knew me or what my deal was.

I checked my phone. Aunt Judy would be expecting my call. Just a few more minutes of freedom, I thought. I watched the Quick-Stop customers. They were mostly local people. Seaside was a pretty rough town, I could see. It wasn’t a college town like Eugene, where I lived. None of these people were professors or visiting scholars or college students. But that was okay. Maybe that made it better. Seaside was more rugged; it was a town of loggers and fishermen, more “salt of the earth” types. Maybe I needed some of that in my life.

There were other good things: my aunt and uncle were pretty cool, as far as I could remember. And I’d get to hang out with my cousins, who would be older now. Since I was seventeen, that meant that Kyle was eighteen and Emily was fifteen. Kyle had become a serious baseball player, according to my dad. He’d been given a full scholarship to play for the Oregon State Beavers next year. I didn’t know what Emily was into. My main memory of her was she was bossy, and she always had to be the banker when we played Monopoly.

Whatever happened here in Seaside, it would be different. And at least I wasn’t home. At least I was far away from whatever trouble might eventually happen with my mom.

Blake Nelson is the author of many young adult novels, including Recovery Road (now a TV series), the coming-of-age classic Girl, Boy, Phoebe Will Destroy You, and Paranoid Park, which was made into a film by Gus Van Sant. He lives in Portland, Oregon.

"Another insightful revelation of a teenage boy living a not-so-wonderful life . . . Nelson writes with emotion and understanding. The characters are real and poignant."