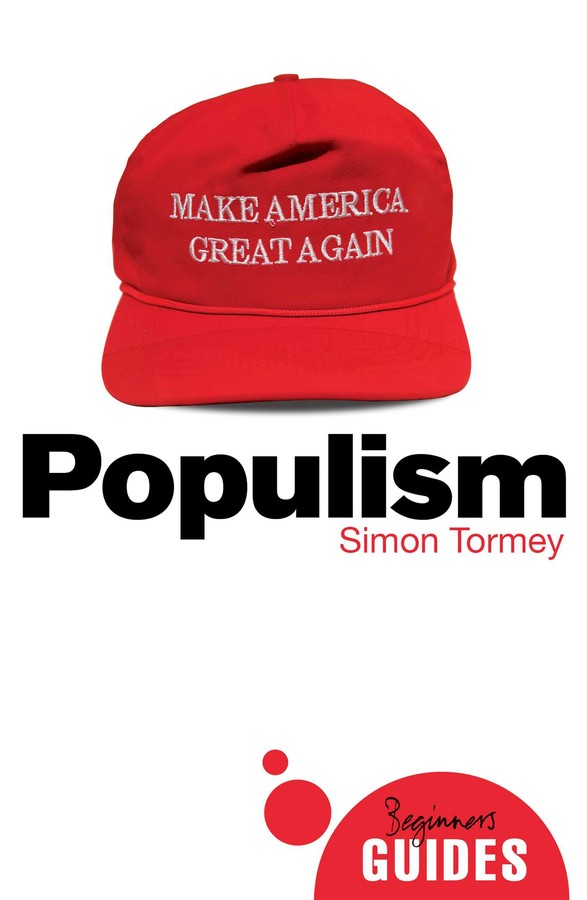 Every day we hear that the rise of populism threatens democracy around the world, but is this really true? Did populism cause the current crisis, or is it the other way around?

To understand the state of our politics right now, we must get to grips with this contested concept.

Simon Tormey breaks down the defining aspects of populism, what sets it apart from other styles of politics, and what – if anything – we ought to do about it.

‘In this provocative, well-written new book, Tormey argues that populism can be both a threat to democratic values and process, but equally a means for the expansion of democracy… Essential reading for those seeking to understand one of the most important, but often misunderstood, political phenomena of the twenty-first century.’

‘An important dissenting voice in today’s chorus of populist critics, Tormey casts populism in a new light, inviting readers to consider whether it might not be a threat to democracy but rather something democracy needs for its renewal.’

‘The world is changing. Democracy is under threat. Simon Tormey’s Populism: A Beginner’s Guide provides a wonderfully sophisticated yet beautifully accessible guide to these changing times.’

– Matthew Flinders, Professor of Politics, University of Sheffield, and President of the Political Studies Association of the United Kingdom

‘While we all think we know what populism means, if we dig a little deeper we find ourselves lost in definitional problems and ambiguities… Tormey navigates through these…with admirable clarity and perception, drawing upon historical and contemporary examples of populist movements, and exploring key factors that explain their rise.’