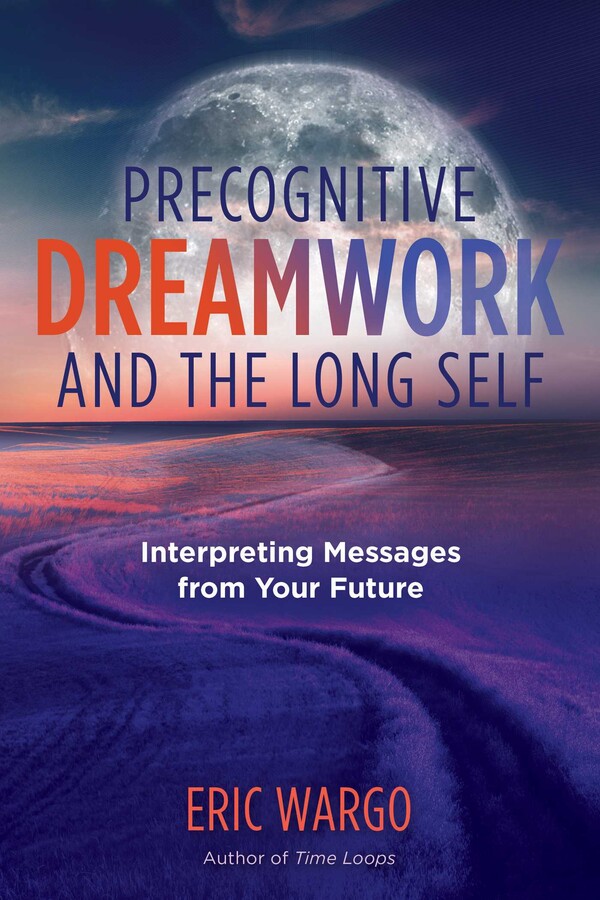 Precognitive Dreamwork and the Long Self

Interpreting Messages from Your Future

A guide to dream precognition and its implications

A guide to dream precognition and its implications

• Shows how to detect precognitive dreams through their characteristic features, explaining how dreams relate to memory and why dreams about future experiences are often symbolic or distorted

• Explores the mind-blowing implications of precognition for our lives, including how our present thoughts actually shape--or shaped--our past

In this accessible exploration of precognition, precognitive dreamwork, and a radically new biographical sensibility, the Long Self, that precognition awakens us to, Eric Wargo shows how dreamworkers can play the role of citizen scientists, adding to our understanding of this fascinating, almost unexplored dimension of human life. Wargo outlines a set of clear principles to guide dreamworkers, each illustrated through real dreamers’ experiences. Drawing on psychoanalysis and contemporary sleep science, he explores how precognition relates to memory, explaining why dreams of future experiences are often distorted and what those distortions probably mean. He discusses never-before-described dream features, including “time gimmicks” (symbols hinting at time distortion) and “calendrical resonance” (the tendency of dreams to foretell experiences exactly a year or years later). He describes why an understanding of precognition augments Jung’s theory of synchronicity by highlighting our own role in producing meaningful coincidences in our waking lives. He also shows how precognition manifests in other states of consciousness like lucid dreams, out-of-body experiences, trance states, sleep paralysis, meditation, and hypnagogia.

We are at a major turning point in science’s understanding of time, causality, and the self. We are more than who we think we are from moment to moment--we are our past, present, and future simultaneously. When we understand this, a dream journal becomes a personal time machine, with mind-blowing discoveries in store for the traveler.

From Chapter 2. Vaal and Redemption

How a Star Trek Episode Taught Me Memory Goes Backwards

After the Star Gate remote viewing program was closed and declassified in 1995, some of its guiding lights took their show on the road, teaching classes and workshops in remote viewing. Several now have published memoirs as well as guidebooks teaching their methods.1 Like many who get interested in psychic phenomena and ESP research, I also wanted to try my hand at it--who isn’t interested in finding out if they are psychic? So, in the years after my semi-conversion experience reading Daryl Bem’s “Feeling the Future,” I devoured these guides and followed their instructions, interested to explore and exercise my own remote-viewing abilities.

Remote viewers love “protocols,” so for an easy, beginner’s protocol, I asked my wife to print out random pictures from the internet while she was at work during the day, seal them in envelopes, and set one on the table next to my bed each evening I wanted to do a trial. It is before sleep at night that it is easiest for me to relax into a hypnagogic state, when psychic flashes are liable to arise, so that was when I attempted to sketch my impressions of what was in the envelope.

I’ll confess: I had very few “hits” doing this at first. Not to be discouraged, though, on my next attempts instead of going ahead and opening the envelope right after trying to psychically peer inside it, I waited until the next morning, seeing if my dreams might deliver useful images or information overnight. This produced interesting and, in a couple cases, amazing results.

. . . As I reveled in my strange, oblique dream-remote-viewing success and enjoyed watching the Star Trek episode “The Apple,” I realized that what I’d been doing hadn’t really been “remote viewing” at all, at least as the practice is ordinarily assumed to operate--and this is the point I want to make with this story. My dreaming mind hadn’t peered into the shut envelope; instead, it had picked up on the most emotionally salient event in the landscape of my near future: watching an old Star Trek episode in a state of eager excitement to confirm a psychic “hit.” The dream had been about precisely what I was right then doing, hours after the dream.

My second attempt at dream remote viewing, a few days later, followed the same pattern and the result was almost as striking. I placed another of my wife’s sealed envelopes next to my bed and again mentally requested a dream about what was inside it. I woke up the next morning and recorded some images of a sandy cave with some artifacts, including a long object that seemed to be a bone flute. After breakfast that morning, I drew from the envelope a photograph of an enormous white dog sitting next to a teenage girl in front of a warehouse--again, seemingly nothing to do with my dream. But again, just a moment’s free association on the picture came to the rescue.

The picture immediately called to mind a memory of a book I hadn’t read since my childhood: Island of the Blue Dolphins, by Scott O’Dell. I couldn’t remember O’Dell’s story very well at all--just that it was about an Indian girl who fended for herself for years after being abandoned on an Island in the Pacific, along with her dog companion. But I’d never forgotten the cover of the Dell paperback from the 1970s, which showed the Indian girl standing holding a spear, with the big white dog sitting beside her.

A quick Google search was able to confirm my recollection of the book’s cover, and publisher. I was also able to read part of the book online, and one of the first scenes I read--which I had not remembered at all from childhood--was about the girl, Karana, and her dog, Rontu, being trapped overnight in a spooky cave that contained idols and a skeleton of one of her ancestors. The skeleton was holding a pelican-bone flute.

So here again, it was a distinct “hit” from my dream. And, despite my conscious intention to peer directly into a closed envelope and see what was inside it, my dream had showed me instead a surprising and rewarding reading experience the next morning, one that had been stimulated by the target of that remote viewing attempt.

A skeptic would likely try to claim that my watching Star Trek and my reading a random chapter or two from The Island of the Blue Dolphins on the mornings after my dreams were only an effect of those dreams and not their cause. They might point out that, at least in the Star Trek case, my dream images could have been drawn from memory since I had remembered many aspects of the episode from my childhood, and even could suggest reasonably that the scene of Karana and Rontu in the cave with the bone-flute-playing skeleton had somehow been retained in my unconscious for nearly a half century. But that would leave unexplained why I specifically had those two dreams when I did--in each case, on the night before a previously unseen picture drawn from an envelope made me think of that TV episode, and that book, for the first time in decades.

Subsequent experiences replicated this pattern: When attempting to remote view a target using my dreams, my dream sometimes contained objects or themes that associated to what I did in the process of interpreting my results, not (directly) to the image in the envelope. In short, I wasn’t “perceiving” anything, either with the senses or with any “extrasensory” faculty. What it seemed to be was something more like memory, but in the wrong direction.

These experiences did more than help confirm for me the reality of psychic functioning. They also taught me a lot about the counterintuitive way dream precognition really works.
Eric Wargo

Eric Wargo has a Ph.D. in anthropology from Emory University and works as a professional science writer and editor in Washington, D.C. He is the author of the acclaimed book Time Loops. In his spare time, Wargo writes about science fiction, consciousness, and parapsychology at his popular blog, The Nightshirt.

Precognitive Dreamwork and the Long Self

Interpreting Messages from Your Future