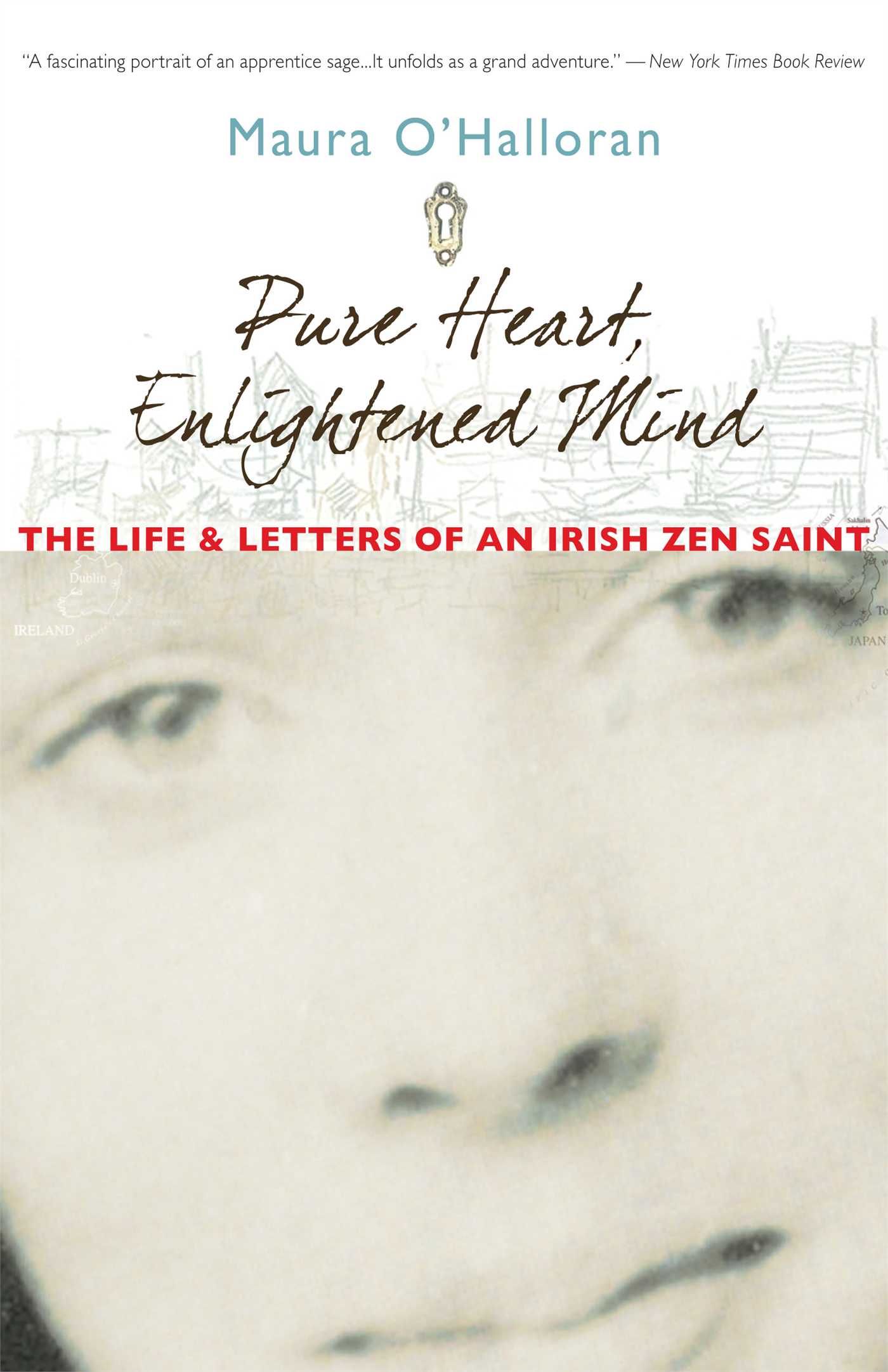 The Life and Letters of an Irish Zen Saint

One of the most beloved Buddhist books of all time-having inspired popular musicians, artists, a documentary film, and countless readers-is now in an expanded, new edition, loaded with extras. Absolutely absorbing from start to finish, this is a true story you might truly fall in love with.

At only 24, Maura O'Halloran left her Irish-American family stateside and traveled to Japan, where she began studying under an inscrutable Zen master. She would herself become recognized as a Zen master-in an uncommonly brief amount of time. Pure Heart, Enlightened Mind is Maura's beautifully-written account of her journey. These journal entries and letters home reveal astonishing, wise-beyond-her-years humor, compassion, wisdom, and commitment.

This expanded edition includes never-before-seen entries and poems, the author's unfinished novel, and an afterword that discusses the book's cultural impact. It will be a must-have for Maura's previous fans--and will surely find her thousands of new ones.

In 1979 Maura O'Halloran left a waitressing job in Boston and traveled to Japan, only to find herself studying Zen at an old temple tucked into a Tokyo backstreet. There, and in the remote countryside of northern Japan, Maura began a compelling journey into the depths of her own heart and mind. Her journals and letters home reveal the gentle humor, compassion, and profound wisdom won only by intense hardship. Insightful and absorbing, Pure Heart, Enlightened Mind offers an unmediated glimpse into her endless commitment to awakening. Published nearly twenty-five years after Maura's tragic death, this commemorative edition includes her previously unpublished letters and unfinished novel, adding new insight and rich detail to what is already one of the most-loved dharma books of all time.

"'I want to be a Zen master,' declared the 24-year-old, altruistic Irish scholar Maura O'Halloran; and these letters and journal entries chronicle her experience in pursuit of that goal from 1979 through 1982 in Japan. Her pages provide a clear window for those curious about the reality of Zen training. Profound episodes co-exist with lighter moments. Her account is all the more poignant for the fact that she met an untimely death at 27 in a bus accident in Thailand while on her way home to start a Zen center in Ireland. Her substantial gift of insight is a fine legacy."

"A rare and valuable window into the world of intensive Zen training as experienced by a Western woman. Maura began her Zen study in 1979 at the age of twenty-four. Westerners had done this training before, but as a Western woman, Maura was an oddity in the hyper-male world of monastic Japanese Zen. Her beautiful writing is full of unexpected phrases and word-pictures and overall, a sense of such uncloying positivity that it is a truly joyful read. Read her book and you will be astonished."

"Some of the most important lessons I've learned about Buddhism haven't come from the Dalai Lama or Thich Nhat Hanh. Rather, they came from Maura O'Halloran. [Pure Heart, Enlightened Mind] brought the Buddhist experience into my mind and psyche in a way that no dharma book or doctrine ever had.... For me, Maura's book is a gift, offering guidance and inspiration. Reading about her life, I'm able to reflect more clearly on my own experience, and to glimpse what I do not yet now or understand. While other books have helped me to appreciate the concept of enlightenment, reading Maura's account of her awakening made the possibility of it much more real. I come back PH,EM often. Every time I read it I break down into heaving sobs, unable to finish. To this day, I'm unable to explain why I'm moved so deeply."

"A fascinating portrait of an apprentice sage. The book unfolds as a grand adventure."

"Among the many titles recounting personal experiences in Buddhist schools, O'Halloran's stands out as particularly clear and moving and unique: she was the first of few Western women allowed to practice in a traditional Japanese Zen monastery."

"'Maura-san," or 'Soshin'--celebrated during her lifetime in the Japanese media as an anomaly of anomalies, a female Irish Zen monk--has come to be regarded as a Buddhist bodhisattva or saint of compassion. [Pure Heart, Enlightened Mind is] a remarkable record of a life fully lived, a unique and inspiring and even heartbreaking book. [...] Like Virginia Woolf in her diaries or Elizabeth Bishop in her letters, Maura O'Halloran appears on the page singular and whole. So this is a person! She is a Zen monk, yes, but she is also a splendidly educated Irish-American from a large and loving family, intellectually ambitious, attractive and attracted to men of all sorts, hungry for the world's goods. These aspects of herself fulfill one another rather than cancel each other out. While it is called Pure Heart, Enlightened Mind, the book is full of Maura's soul. [...] the journal itself is personal, sometimes abstruse, but rarely myopic; as a writer, Maura O'Halloran can't help but communicate. It is complemented perfectly by the letters to her family interspersed throughout. In them she is unusually confident and clear-headed about her search for enlightenment. She makes no apologies, gives no defenses. [...] How sad I felt as I finished this book, which I will read again: sad that Maura O'Halloran didn't survive to return and enrich our culture, and sad that she had to go away from us in the first place."

"The writings contain insightful observations of Japanese family life, particularly of the Zen master and his family. A book that will appeal to YAs interested in religion, contemplation, and/or interaction with other cultures. The tone is light, and there is not much doctrinal explanation. A quiet, relaxing read."

"Many have gone to the East in search of enlightenment but none has told the story as vividly and honestly as Maura O'Halloran. Her tragic death was a great loss but she has left us the legacy of this marvelous book."

"The sincerity of Maura's journals and the difficulty of her journey place in sharp contrast contemporary notions of Zen in ten easy audio-tapes."

"A beautiful book which presents Maura's diaries and journals during her time in Japan. It is a wonderful tribute to Maura. I felt a bond with Maura reading the book, and wrote the song, 'Soshin'."

The Life and Letters of an Irish Zen Saint