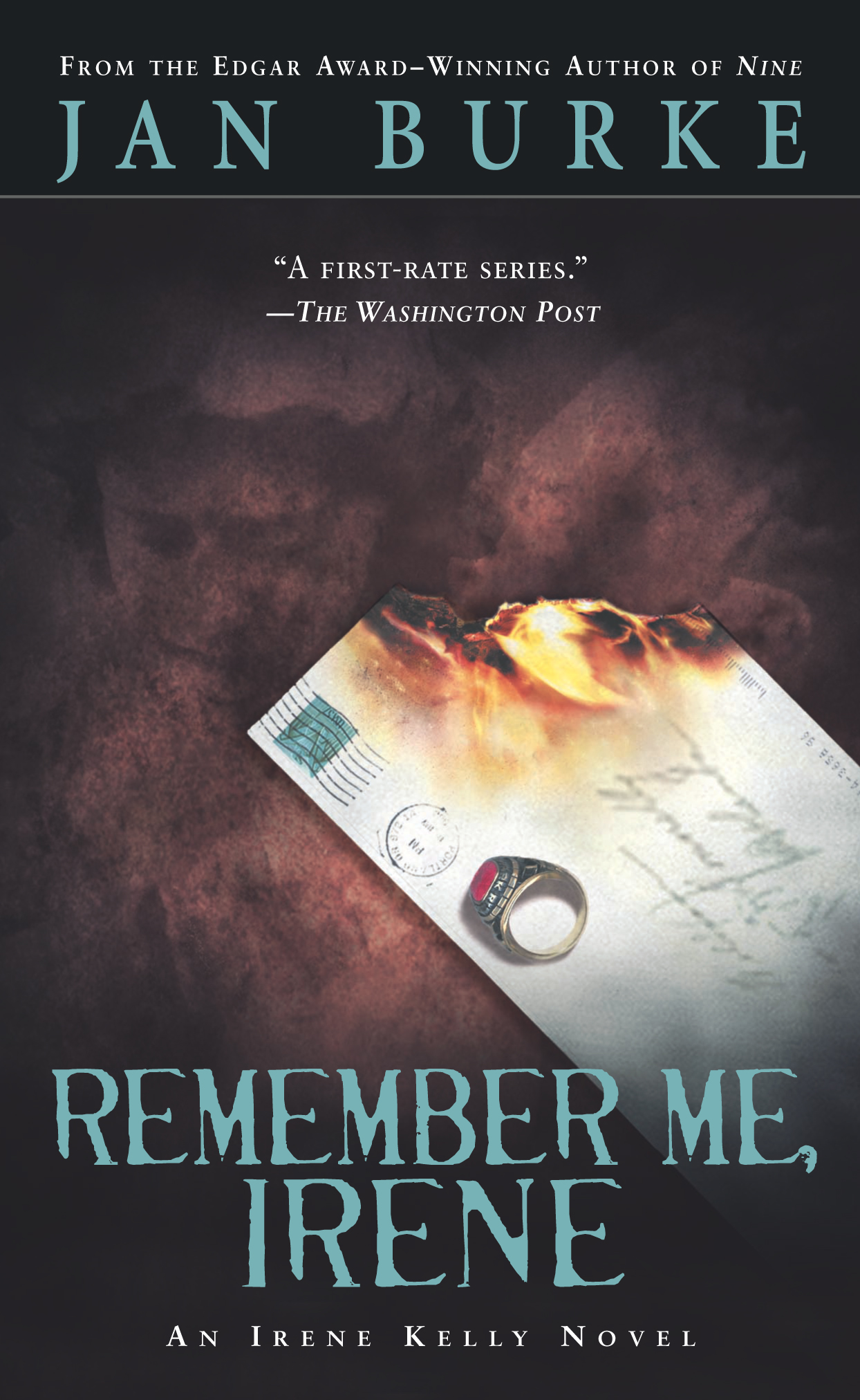 I'm not who I used to be....The remark, whispered by a stranger on the street to Irene Kelly, becomes all the more unnerving when the newswoman realizes she knows the man. He's Lucas Monroe, her former college instructor who had looked forward to a brilliant future. Now he's a derelict in hiding, an unlikely suspect in blackmail and murder. What happened to Monroe's life strikes Irene as bizarre. But it's what happens to him in death that fills her with dread. Her long-lost mentor is found murdered, and whatever the picturesque town of Las Piernas is hiding has made some people very rich, very guilty, and very dangerous.

His last address was his own body, and what a squalid place it was. Someone told me he cleaned up just before he died, and I now know it's true. But when I last saw him, the place was a mess.

He was sprawled on a bus bench, stinking of alcohol and urine, drooling in his sleep. He was an African American man, and while it was hard to guess his age, I judged him to be in his fifties. His skin was chapped and one of his cheeks was scraped and swollen, as if he had been in a fight. I took more than a passing interest in him: noted his matted hair, his rough beard, his rumbling snores, the small brown paper sack clutched to his chest like a prayerbook. The last prayer had been prayed out of it sometime ago, judgingby the uncapped screwtop bottleneck.

I stood to one side of the bench, studying him, thinking up clever phrases to make the readers of my latest set of stories on public transportation in Las Piernas smile at my description of my predicament, smile over coffee and cereal as they turned the pages of the Express at their breakfast tables. I would be ruthless to the Las Piernas Rapid Transit District -- perhaps call it the Rabid Transient District. My small way of repaying it for forcing me to be two hours late getting back to the paper.

I had been on buses all day. My back ached and my feet hurt, and one more ride would take me back to the Express. I was tired and frustrated. I felt a righteous anger on behalf of the citizens who had to use the system every day. I had yet to see a bus pull up at the time it was scheduled to make a stop. I could see exactly why the regular riders were angry. This was one day's story for me; for them it would mean being late to work, to doctors' appointments, to classes, to job interviews. One missed connection led to another, turning what was planned to be my four-hour, see-it-for-myself test ride into six hours of hell on wheels.

My series of rides had taken me all over the city, and the man before me now was not the first drunk I had encountered, not even the first sleeping drunk.

Perhaps the guilt I've felt since that day now colors my memory of my attitude at the time. There is, in any job that requires a person to observe other people and publish the observations, an aspect of being...well, a user. I used the man on the bench. Took notes on him.

He awoke suddenly, and I took a step back. Awake, he was a little more fearsome. He looked bigger. Stronger. He yawned, wiped a dirty sleeve across his face, and moved to a slumped sitting position. When he noticed me, he cowered away, tucking the bottle closer, eyeing me warily.

He was afraid of me. That startled me more than his abrupt awakening. I looked at the swollen cheek again as I stopped taking notes.

"Hello," I said, and stuffed my pen and notebook into the back pocket of my worn jeans. (No, I wasn't wearing high heels and a tight skirt. A day on buses. I do have a little sense left, even if I am still working for the Express.)

He just studied me, as if trying to fit me into the scheme of things, as if I were someone familiar and yet unfamiliar to him. His eyes were red and he blinked slowly and nodded forward a little, not past the danger of passing out again.

After a time, I wished he would pass out. The relentless stare began to unnerve me. I stepped a little farther away, balanced my stance, looked for potential witnesses to whatever harm he might intend. No one. This stop was along a chain-link fence surrounding an old abandoned hotel. No cars in the parking lot. Windows broken. Redevelopment, almost.

A few blocks down the way, Las Piernas could show off the benefits of its redevelopment plan. But at this end of the street, there were no polished glass skyscrapers, no new theaters or trendy nightspots. Just empty lots and crumbling brick buildings. Weeds pushing up through the neglected asphalt, curbs and sidewalks cracked. The sporadic traffic along the street moved quickly, as if the drivers wanted to get their passage along this blighted block over and done with.

I watched longingly for the bus. No sign of it.

"My picture sometimes runs in the paper," I said. "I'm a reporter."

"Yes, really," I said, taking another step back. "I'm a reporter for the Express."

Where the hell was that bus?

With fumbling fingers, he started to unbutton his worn denim jacket. I was mapping out the safest place to run to when he reached down beneath several layers of T-shirts and pulled out something truly amazing: a large, gold school ring with a red stone in it, dangling from a long metal chain. He held it out toward me, swinging it back and forth like a hypnotist's watch, and beckoned to me.

"I see," I said, in the tone one might use in speaking to a child holding a jar full of wasps. I wasn't going to venture close enough to see which school the ring came from.

He looked up at me again and his eyes were misty. He turned away, curled his shoulders inward, as if afraid I might hit him after all.

He shook his head, still keeping his back to me.

Where the hell was that bus?

I didn't say anything for a moment. "I'm not who I used to be, either," I said, ashamed.

I didn't say anything.

It only took me aback for a moment. "Yes, I'm Irene Kelly."

He grinned his misshapen grin. "I told you!"

"Yes, well, that's what I was saying before. You've probably seen my picture near one of my columns in the paper."

He shook his head and batted a hand in dismissal of that notion.

Uh-oh, I thought, here it comes. "I don't even have fare money," I said, holding up the transfer that would take me back to the parking lot at the paper. And my beloved Karmann Ghia. My nice, safe, private transportation. I looked up the street, and to my delight, one of Las Piernas's diesel-belching buses was in sight.

Yeah, right, I thought, moving to put the bench between us. "That's good. Well, nice talking to you. Here's my bus."

He glanced toward the bus, which was trundling slowly up to the stop. It passed us and stopped just beyond where we stood. I moved toward the forward door.

I paused at the open door, staring back at him. Two passengers alighted from the rear door, ignoring us.

"You're good at math!" the man called again, as if it were a password between us, one that would cause me to embrace him as a compatriot.

"You gettin' on this bus, lady?" the driver asked.

I nodded and started to step aboard.

"No!" the man cried, stumbling toward me. I rushed up the steps, shoving my transfer at the driver, dismayed to find the bus so full that I could not retreat back into it. The man drew closer.

"Not today, Professor," the driver said, snapping the door shut in his face.

The driver pulled away.

For a moment, my fear of the man turned into fear for him. But peering into the side mirror, I saw him stare after the bus, then turn away in defeat.

"The Prof didn't scare you, did he?" the driver asked. When I didn't reply, he said, "I haven't ever seen him like that. Usually he's real easygoing, even when he's drunk. I've never known the Professor to hurt anybody."

"Why do you call him that? Was he a professor?"

"Oh, I don't think so. But he gives little informal tours to the passengers when he gets on the bus. If he cleans up a little, people enjoy it. Don't let it out to my supervisor, but I sort of let the Prof ride around with me, you know, stay warm when it gets chilly out. Naw, he's no professor. Just a bum. But he knows all about this area. Grew up in the neighborhood, back when it was one. You ask him about any building on this street, and he'll tell you when it was built, what it was used for, how many people lived in it, all kinds of stuff like that. I think it's the only part of his brain that still works. Remembers old buildings."

Remembers old faces, I thought. By then, the Professor seemed vaguely familiar to me. Why? I couldn't have told you then.

But he was right: I'm good at math.

I just hadn't yet put two and two together 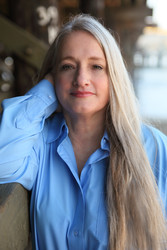