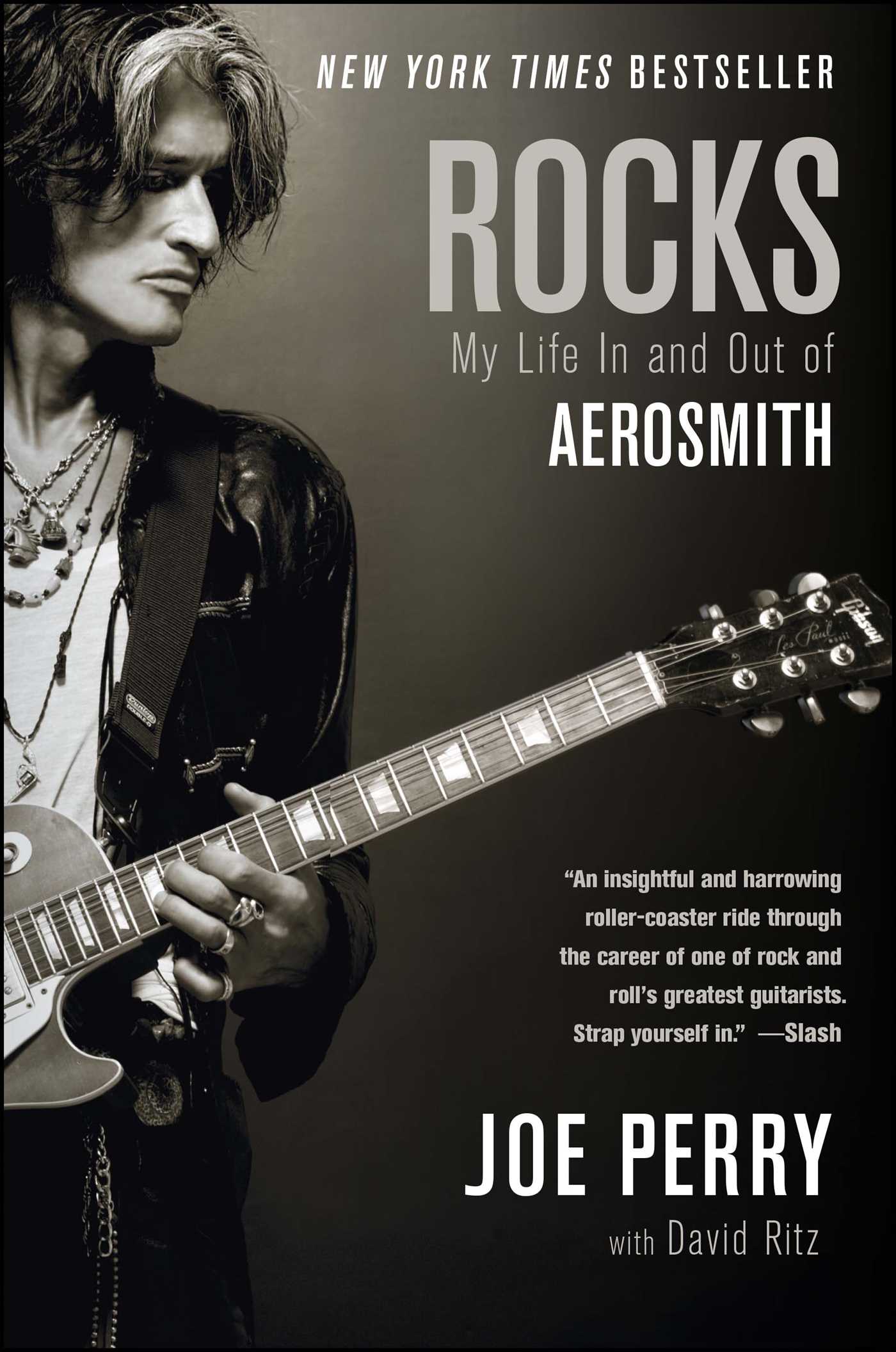 My Life in and out of Aerosmith

By Joe Perry
With David Ritz
LIST PRICE $18.99
PRICE MAY VARY BY RETAILER

Joe Perry’s New York Times bestselling memoir of life in the rock-and-roll band Aerosmith: “An insightful and harrowing roller coaster ride through the career of one of rock and roll’s greatest guitarists. Strap yourself in” (Slash).

Before the platinum records or the Super Bowl half-time show or the Rock and Roll Hall of Fame, Joe Perry was a boy growing up in small-town Massachusetts. He idolized Jacques Cousteau and built his own diving rig that he used to explore a local lake. He dreamed of becoming a marine biologist. But Perry’s neighbors had teenage sons, and those sons had electric guitars, and the noise he heard when they started playing would change his life.

The guitar became his passion, an object of lust, an outlet for his restlessness and his rebellious soul. That passion quickly blossomed into an obsession, and he got a band together. One night after a performance he met a brash young musician named Steven Tyler; before long, Aerosmith was born. What happened over the next forty-five years has become the stuff of legend: the knockdown, drag-out, band-splintering fights; the drugs, the booze, the rehab; the packed arenas and timeless hits; the reconciliations and the comebacks.

Rocks is an unusually searching memoir of a life that spans from the top of the world to the bottom of the barrel—several times. It is a study of endurance and brotherhood, with Perry providing remarkable candor about Tyler, as well as new insights into their powerful but troubled relationship. It is an insider’s portrait of the rock and roll family, featuring everyone from Jimmy Page to Alice Cooper, Bette Midler to Chuck Berry, John Belushi to Al Hirschfeld. It takes us behind the scenes at unbelievable moments such as Joe and Steven’s appearance in the movie of Sgt. Pepper’s Lonely Hearts Club Band (they act out the murders of Peter Frampton and the Bee Gees).

Full of humor, insight, and brutal honesty about life in and out of one of the biggest bands in the world, Rocks is “well-paced, well-plotted…a mini-masterpiece” (The Boston Globe).

Lead guitarist Joe Perry and singer Steven Tyler wrote the majority of the songs that form the backbone of Aerosmith’s catalogue. In 2013, they were inducted into the Songwriters Hall of Fame.

“A mini-masterpiece . . . Just as the preeminent Stones book was an autobiography from its guitarist, Aerosmith ax man Joe Perry has now given us the best book on [Aerosmith]. . . . The meat of the book proves to be the relationship between Perry and frontman Steven Tyler, a rock ’n’ roll partnership with all of the carnage, love, backbiting, separations, and reunions you’d expect. Perry’s anecdotes could have been flown in from some acerock ’n’ roll-centric novel, and do more than amuse; the best enlighten, notjust about this band and the partnership at the core of it, but the very natureof creativity itself.” —The Boston Globe

“An excellent read . . . There are times when Perry’s descriptions of Tyler’s interactions with himself and others are laced with near-hatred and disgust . . . but there are also the moments when you realize that if Shakespeare had ever written a play about rock ’n’ roll blood brothers, the two male leads would’ve been Joe Perry and Steven Tyler.” —Guitar World

“Thrilling . . . An intimate narrative . . . This is the raw Aerosmith . . . Perry discusses every detail of the creative process . . .[and] takes you through every developmental stage of his journey in becoming the guitar legend he is today.” —Rebeat magazine

“A story of friendship and love. Since the Aerosmith chronicles have already been brought to vivid life in the band’s Walk This Way, it left Perry room to contemplate things from a deeper core inside of himself. . . . What Rocks gives to his fans is a rare look into thepsyche of a man who always heard the music and let the music do the talking.” —Glide magazine

“An insightful and harrowing roller coaster ride through the career of one of rock and roll’s greatest guitarists. Strap yourself in.” —Slash

“Joe Perry has been the AxeMeister longer than some of you have been alive. He’s been there, and done that. He has been the consummate six-string gunslinger for a band that has always done things their own way. Joe never went Hollywood. Joe never looked over his shoulder to see who was running behind him. Ever the gentleman rocker, Joe sits high atop of rock royalty. Admit it. You’re jealous. When I grow up, I want to be Joe Perry.” —Gene Simmons

"One might guess that I, Perry Farrell, would admire Joe Perry because he is a legendary guitar ripper, and you'd easily be right on the button—however, what you wouldn't have guessed is that I admire, respect, and have looked up to Joe Perry for years because he is a mad passionate, devoted husband and loving daddy who rocks. Viva familia Joe!" —Perry Farrell

“Joe Perry describes with amazing detail and passion the virtual odyssey of his life as the quintessential rock star in America’s most famous rock band of all time. Like his riffs, his story is inspired, crisp, and packs a punch. Joe Perry has done for rock and roll what the human genome project and stem cell technology have done for medicine—broken it wide open to inspire and shape our music for many decades to come. I could not stop reading this book!” —Rudolph Tanzi, professor of neurology at Harvard Medical School and New York Times bestselling coauthor (with Deepak Chopra) of Super Brain

My Life in and out of Aerosmith

By Joe Perry
With David Ritz
LIST PRICE $18.99
PRICE MAY VARY BY RETAILER