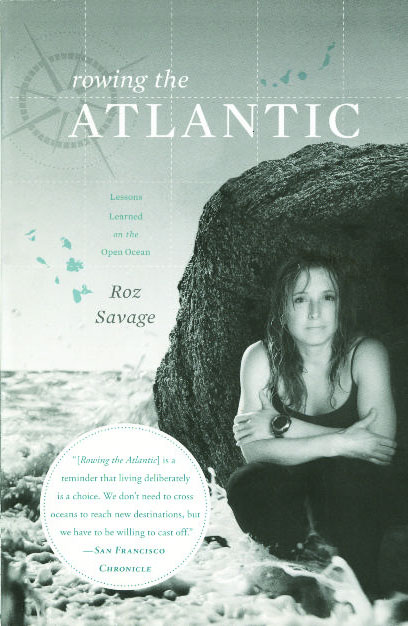 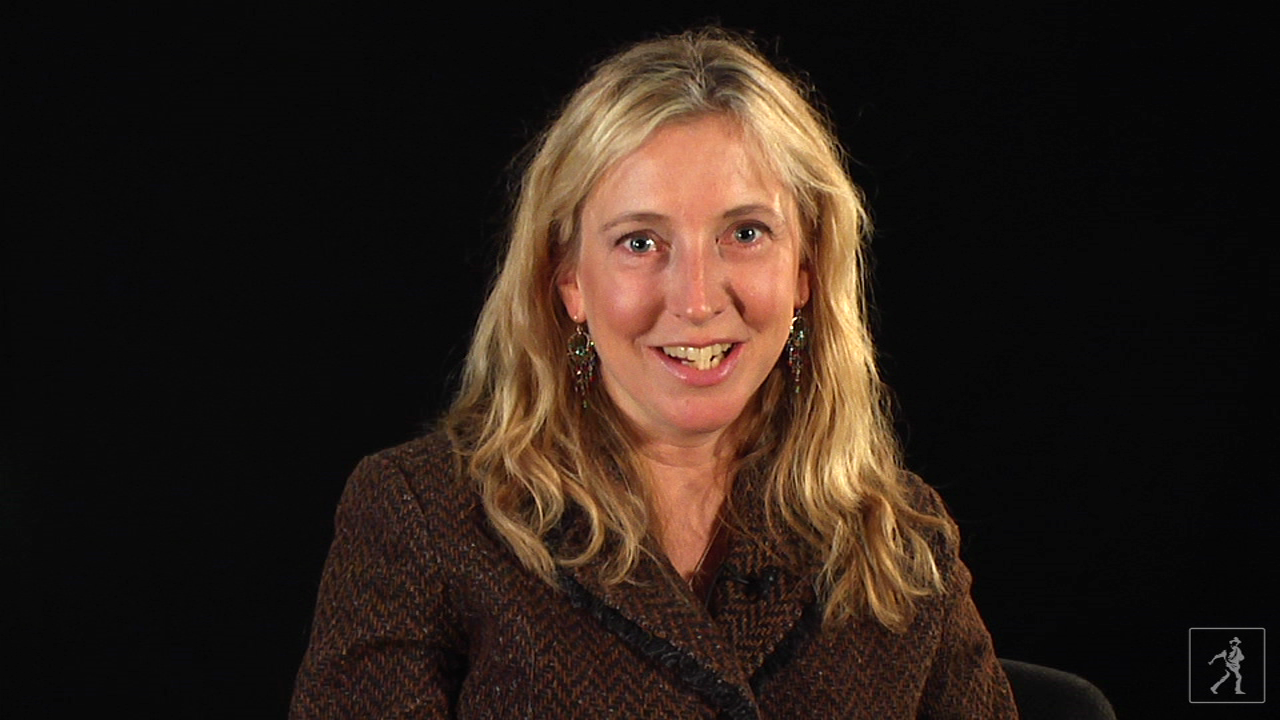 Adventurer Roz Savage reveals the most Overused words in her w...

Lessons Learned on the Open Ocean

Stuck in a corporate job rut and an unraveling marriage, Roz Savage realized that if she carried on as she was, she wasn’t going to end up with the life she wanted. So she turned her back on an eleven-year career as a management consultant to reinvent herself as a woman of adventure. She invested her life’s savings in an ocean rowboat and became the first solo woman ever to enter the Atlantic Rowing Race.

Flashing back to key moments from her life before rowing, she describes the bolt from the blue that first inspired her to row across oceans, and how this crazy idea evolved from a dream into a tendonitis-inducing reality. Savage discovers in the rough waters of the Atlantic the kind of happiness we all hope to find.

By clicking 'Sign me up' I acknowledge that I have read and agree to the privacy policy and terms of use. Free ebook offer available to NEW CA subscribers only. Offer redeemable at Simon & Schuster's ebook fulfillment partner. Must redeem within 90 days. See full terms and conditions and this month's choices.
This reading group guide for Rowing the Atlantic includes an introduction, discussion questions, ideas for enhancing your book club, and a Q&A with author Roz Savage. The suggested questions are intended to help your reading group find new and interesting angles and topics for your discussion. We hope that these ideas will enrich your conversation and increase your enjoyment of the book.

In Rowing the Atlantic, Roz Savage gives us an intimate look at life alone on the open ocean in a tiny rowboat. We follow this nervous first-time adventurer as her watermaker malfunctions, when she dreams of feasts instead of another freeze-dried meal, when her gloves wear through, when her headlamp is the only light on a pitch black night ocean and when her communications system fails. She flashes back to key moments from her old life to explain what led to her transformation from office worker to ocean rower. The reader is there as, stroke by stroke, she discovers there is much more to life than a fancy sports car and a power-suit job. and ultimately rows her way to the kind of happiness we all hope to find.

Sedna is the name of the Inuit Eskimo and Alaskan goddess of the ocean who provides sustenance for both the body and soul. It is said that when Sedna lost the tips of her fingers in a tragic boating accident, the digits transformed into whales, seals and other sea-creatures alike. As a result, Sedna is intimately connected with the sea's inhabitants. The Eskimos believe that she can be called upon for plentiful supplies and can help with any ocean-related ventures, including interacting with whales and dolphins.

She is very appreciative of those who give time, money or efforts to protect the sea and those creatures who inhabit its waters.

Sedna has now been renamed the Brocade, for my title sponsors. I have completed 2 out of 3 stages of a solo row across the Pacific Ocean. In 2008 I rowed from San Francisco to Hawaii. This year I rowed from Hawaii to Kiribati, where my boat is now in storage awaiting next year’s third and final stage to Australia. If successful I will be the first solo woman ever to row the Pacific.

Books continue to be very influential in my life, and have helped form the way I perceive reality. In particular I have been influenced by The Celestine Prophecy, The Alchemist, the books of Deepak Chopra, The Perennial Philosophy, and Ishmael. I have also been listening to audiobooks during my Pacific voyage – approximately 140 books so far between San Francisco and Kiribati!

I hope that my book might help a child to believe that almost anything is possible, given enough determination and commitment, and that their life is very much what they choose to make it.

By juxtaposing the past and the present, I hoped to emphasize the contrast between my old life and the new. I felt as if I was re-born when I decided to take the leap of faith into the life I believed I deserved, and even now I look back and marvel at the scale of the transformation. But I hope that the flashbacks are sufficiently sequential to explain how my transformation came about, so the reader has a guide to how to change their life – if they want to. Divorce and rowing oceans not compulsory, though!

I was looking for any venture that accorded with my newfound values. It could have been almost anything that was challenging, character-building and environmentally low impact. I considered creating an organic coffee shop, renovating a tugboat to be a liveaboard “eco-boat”, or traveling across land by veggie-oil vehicle. But rowing oceans happened to check more boxes than any of the other options – with the added attractions of solitude and good old-fashioned adventure.

Yes, that reality was very discouraging, and I really struggled to adapt to it. Ultimately the lesson I learned was acceptance. There was no point in fighting the way that things were. I had to trust that everything would turn out exactly as it was supposed to. I am not actually convinced that everything happens for a reason, but it certainly makes life easier if I tell myself that it is so, and forces me to look for the positive in every situation – both on and off the water.

I believe that I have been successful in incorporating the best of the new Roz with the best of the old. I now get a marvelous feeling of integrity in myself, whereby I see that everything that has happened in my life – all the skills and experiences, even the ones that seemed bad at the time – have helped to form this person that I am now. It is as if everything was leading up to this point, equipping me with exactly what I needed to do what I now do.

Anything is achievable if you break it down into small enough steps. If you have a big dream but it seems almost impossibly daunting, make a list of everything that you would need to do to achieve it. What skills would you need? Who would you ask for advice? What money and resources will it require? Then look at the list and see if there is anything that still seems too daunting. If so, then you haven’t broken it down far enough. Take it to the next level of detail, and repeat until your whole list is do-able. And when the going gets tough, remind yourself that nothing great is ever easy, and the feeling of achievement when you reach your goal is directly proportional to the effort you’ve gone through to get there.

I’ve done 2 more major ocean rows since the Atlantic, the last one finishing less than 3 weeks ago. So I have had regular refresher courses in not taking things for granted!

I have become much better at disconnecting while on dry land. In fact, I’ve become much better generally at focusing my thoughts so that I can tune out unwanted distractions and mental clutter. One of my favorite rituals is to retreat to a coffee shop with my journal and for the hour or so that I’m there I’ll be totally focused on what I’m writing. No matter how busy I am, or what is going on, that time is sacred. There is nothing as good as a bit of coffee shop therapy to help me keep my sense of perspective.

“Whatever you do, put your whole heart into it.” My father used to say that. There is a purity and a power in complete commitment to a task that overcomes almost any obstacle.

I’m working on a book called “Pulling Together: An Ocean Rower’s Vision for a Greener Future”. Based on the lessons learned on the ocean, with particular references to my trans-Pacific row, it’s a very personal view on why and how we can address the challenges of climate change. It’s a positive and optimistic message that we are all empowered, and indeed obligated, to make a difference in the world. 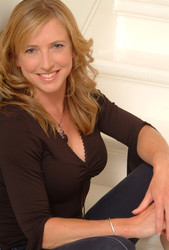 A latecomer to the life of adventure, Roz Savage was previously a management consultant and investment banker, before realizing at the age of thirty-four that there might be more to life than a steady income and a house in the suburbs. In 2005, she was the only solo female competitor in the Atlantic Rowing Race, the first solo woman ever to compete in that race and the sixth woman to row an ocean solo. In 2010, Roz was selected as an "Adventurer of the Year" by National Geographic.

“[Rowing the Atlantic] is a reminder that living deliberately is a choice. We don't need to cross oceans to reach new destinations, but we have to be willing to cast off.”
–San Francisco Chronicle

Lessons Learned on the Open Ocean