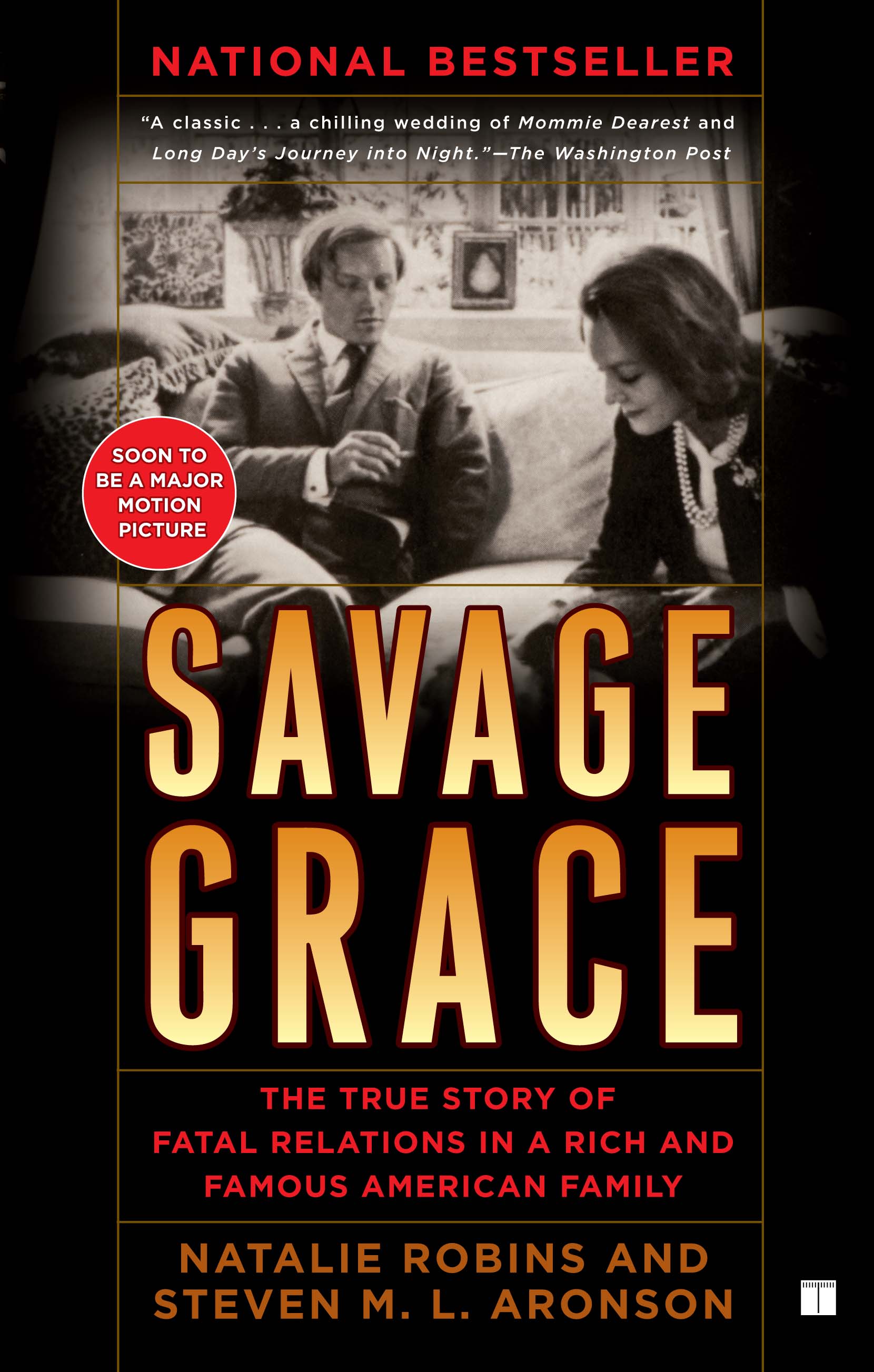 A spellbinding tale of money and madness, incest and matricide, Savage Grace is the saga of Brooks and Barbara Baekeland -- beautiful, rich, worldly -- and their handsome, gentle son, Tony. Alternately neglected and smothered by his parents, he was finally driven to destroy the whole family in a violent chain of events.

Savage Grace unfolds against a glamorous international background (New York, London, Paris, Italy, Spain); features a nonpareil cast of characters (including Salvador Dalí, James Jones, the Astors, the Vanderbilts, and European nobility); and tells the doomed Baekelands' story through remarkably candid interviews, private letters, and diaries, not to mention confidential hospital, State Department, and prison documents. A true-crime classic, it exposes the envied lives of the rich and beautiful, and brilliantly illuminates the darkest corners of the American Dream.

Natalie Robins's books include Copeland's Cure, The Girl Who Died Twice, and Alien Ink. She lives in New York City.

Steven M. L. Aronson is the author of HYPE. A former book editor and publisher, he lives in New York City.

"The true and harrowing story of an Upper East Side New York family whose cultivation of taste, pursuit of social distinction, and fashionable expatriatism led its members to drugs, to apparent incest, to murder, and to suicide." -- E. L. Doctorow

"Jet-set expatriates in a murder case -- how fast we turn the pages. Savage Grace has to be the best oral history to come out since Edie." -- Norman Mailer

"A classic...a chilling wedding of Mommie Dearest and Long Day's Journey into Night." - The Washington Post

"The sizzling, spellbinding story of the rich and powerful Baekeland clan, who owed their money to Bakelite, the original plastic. A snake pit of love triangles, sexual betrayal, and incest, culminating in the crime of crimes, matricide. Features a dazzling cross section of society, literature, and the arts." -- Daily News (New York)

"An epic portrait of a family.... The Baekelands, on a collision course with disaster, typify the American dream gone sour.... A sobering and sordid story, with the incestuous mother and son as its stars." -- The Milwaukee Journal

"A story of spectacular decadence -- of money, madness, and matricide....The cast of brilliant characters includes James Jones, William Styron, Patricia Neal, Alastair Reid, Brendan Gill and Francine du Plessix Gray....Seldom has there been so devastating an exposure of consequences, for the most sophisticated people, of failure in the simplest duties of love." -- William F. Buckley, Jr.

"The story is evoked with arresting detail...the power of horror." -- Time