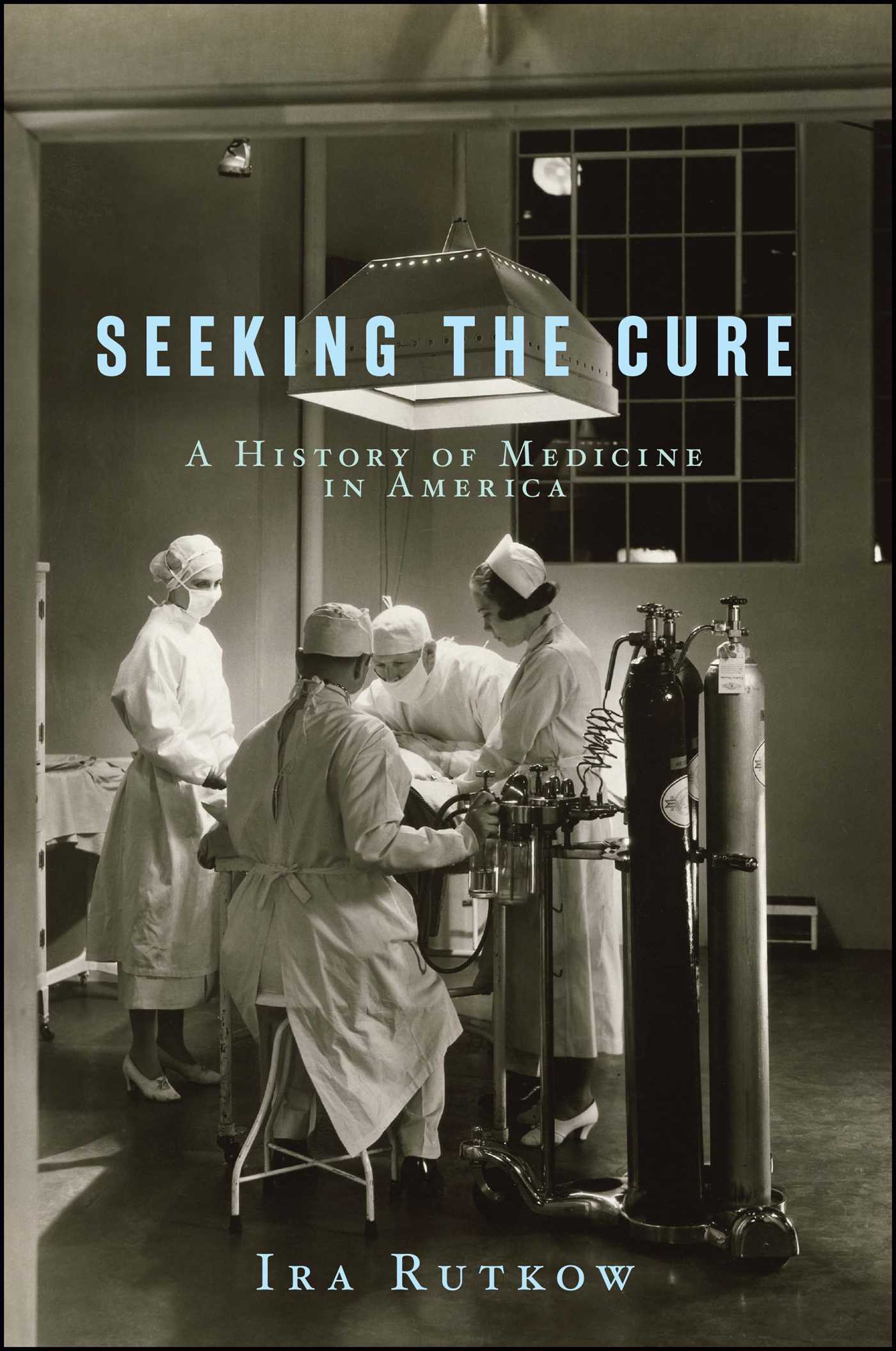 A History of Medicine in America

A timely, authoritative, and entertaining history of medicine in America by an eminent physician

Despite all that has been written and said about American medicine, narrative accounts of its history are uncommon. Until Ira Rutkow’s Seeking the Cure, there have been no modern works, either for the lay reader or the physician, that convey the extraordinary story of medicine in the United States. Yet for more than three centuries, the flowering of medicine—its triumphal progress from ignorance to science—has proven crucial to Americans’ under-standing of their country and themselves.

Seeking the Cure tells the tale of American medicine with a series of little-known anecdotes that bring to life the grand and unceasing struggle by physicians to shed unsound, if venerated, beliefs and practices and adopt new medicines and treatments, often in the face of controversy and scorn. Rutkow expertly weaves the stories of individual doctors—what they believed and how they practiced—with the economic, political, and social issues facing the nation. Among the book’s many historical personages are Cotton Mather, Benjamin Franklin, George Washington (whose timely adoption of a controversial medical practice probably saved the Continental Army), Benjamin Rush, James Garfield (who was killed by his doctors, not by an assassin’s bullet), and Joseph Lister. The book touches such diverse topics as smallpox and the Revolutionary War, the establishment of the first medical schools, medicine during the Civil War, railroad medicine and the beginnings of specialization, the rise of the medical-industrial complex, and the thrilling yet costly advent of modern disease-curing technologies utterly unimaginable a generation ago, such as gene therapies, body scanners, and robotic surgeries.

In our time of spirited national debate over the future of American health care amid a seemingly infinite flow of new medical discoveries and pharmaceutical products, Rutkow’s account provides readers with an essential historic, social, and even philosophical context. Working in the grand American literary tradition established by such eminent writer-doctors as Oliver Wendell Holmes, William Carlos Williams, Sherwin Nuland, and Oliver Sacks, he combines the historian’s perspective with the physician’s seasoned expertise.

Capacious, learned, and gracefully told, Seeking the Cure will satisfy armchair historians and doctors alike, for, as Rutkow shows, the history of American medicine is a portrait of America itself.

Ira Rutkow is a general surgeon and historian of American medicine. He also holds a doctorate of public health from Johns Hopkins University. Among Dr. Rutkow’s books on medical history, his Surgery: An Illustrated History was selected as a New York Times Notable Book of the Year. Dr. Rutkow’s recent works include Bleeding Blue and Gray, a narrative history of Civil War medicine, and James A. Garfield, a political biography and reappraisal of the medical aspects of Garfield’s assassination. Dr. Rutkow and his wife divide their time between New York City and their farm in the Hudson Valley.

A History of Medicine in America