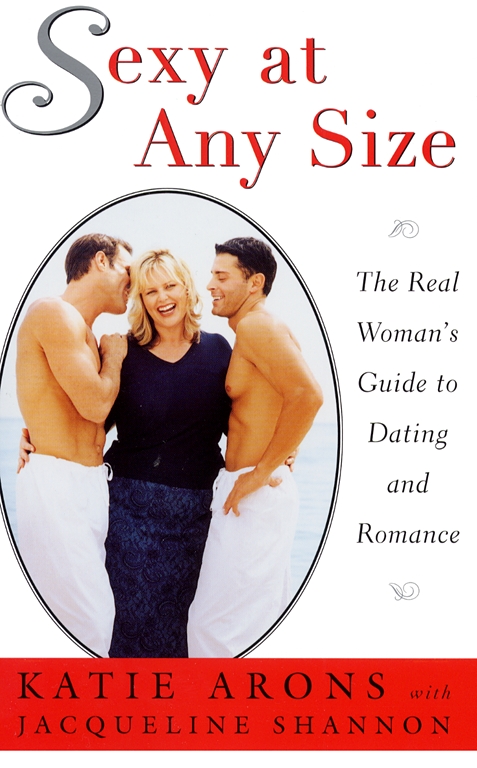 Sexy at Any Size

The Real Woman's Guide To Dating and Romance

Sexy Is as Sexy Does...
Bigger is definitely better, as Katie Arons -- one of the fifty million American women who wear a size 12 or larger, and a world-famous Ford model -- knows. Without a single word about losing weight, Arons offers the encouragement, confidence, and techniques needed to attract smart, good-looking, and successful men. Here, readers of all sizes will welcome the way Katie defies the expectations of a society obsessed with thinness and offers up tried-and-true advice on:
* How to accept yourself as you are
* Where to go, what to say, and how to find the "right" type of man
* The best cities where real women are truly appreciated
* Alternative ways to meet men -- personal ads, the Internet, invitation-only parties (and how to get invited!)
* Style tips: makeup, hair, and clothing
* "How to make love to a man big time"
* Plus lots more!
And Katie has put together the ultimate resource guide to organizations, clubs, books and other publications, and on-line support groups. You name it -- if it's out there, Katie's found it. When it comes to love, the bigger the better!

I'd like to tell you that I became the Queen of Self-Esteem that day. But let's be real. I had a lot of hard work in front of me. Suffice it to say that if you'd known that sullen non-New-Yorker-in-New-York of the early 1990s and then met up with me again in L.A. today, you'd be amazed. You'd be convinced that I'd undergone major attitude transplant surgery.
In fact, not too long ago, I ran into my "New York mom" and modeling mentor, the Ford Agency's Mary Duffy, for the first time in four years. We were attending a three-day Ms. Plus U.S.A. convention. Six times that weekend, Mary approached me, nodding her head with approval, and saying, "Katie, I like your new look. I like the woman you've grown into." I thanked her again and again, and the last time she said it, I told her, "I know who I am, I know where I'm going, and I'm doing it myself."
That attitude, I found, was a key factor in finding my sexiness and in revving up my love life. I learned about other vital ingredients, as well, and I'll share them throughout this book. But, first, let's hear why men are ready and willing to rev up your love life.
Copyright &copy; 1999 by Katie Arons and Jacqueline Shannon
Katie Arons

Sexy at Any Size

The Real Woman's Guide To Dating and Romance