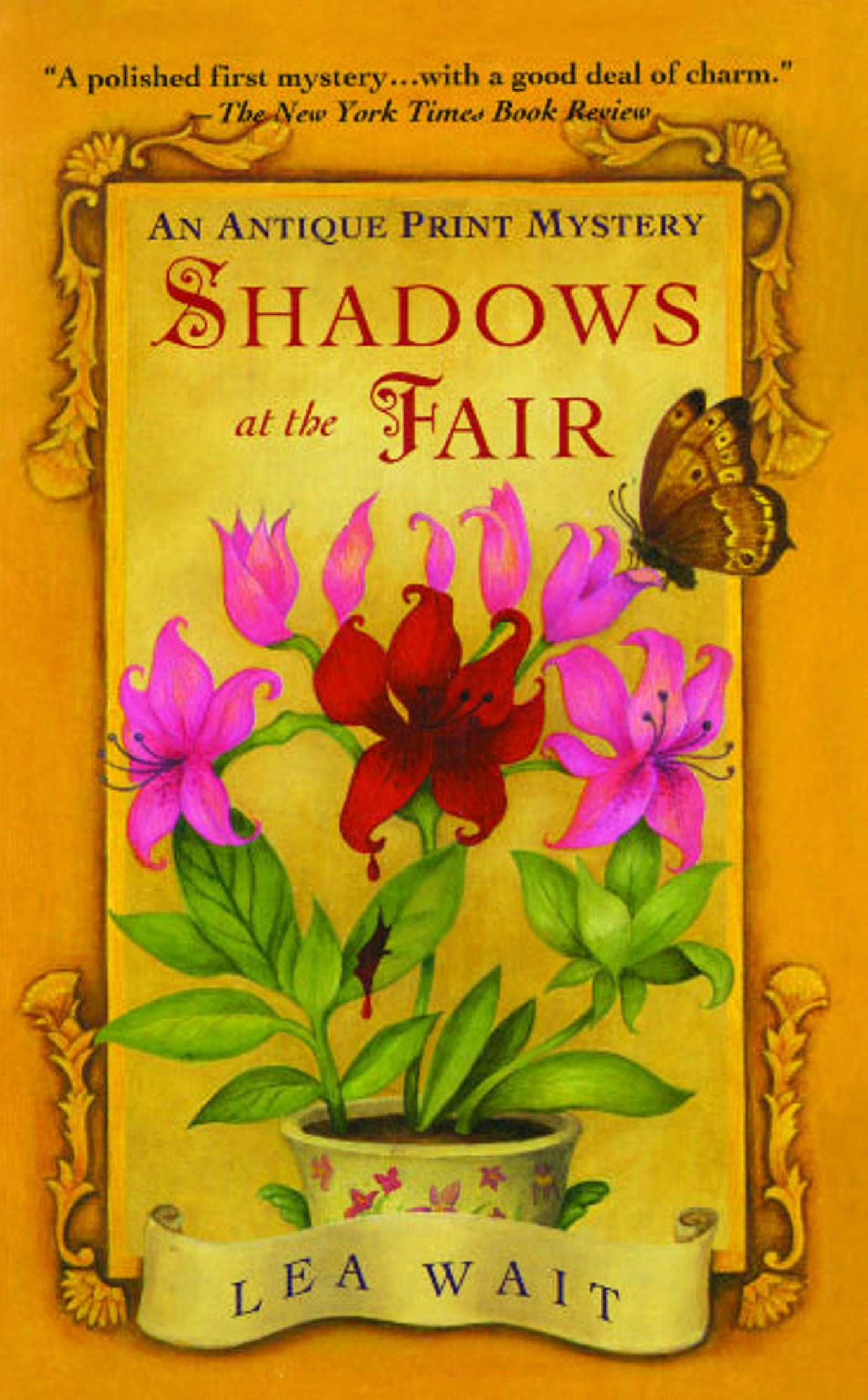 Shadows at the Fair

By Lea Wait
LIST PRICE $16.99
PRICE MAY VARY BY RETAILER


Ignorance is truly bliss for recently widowed Maggie Summer, owner of Shadows Antiques, when she arrives at the prestigious Rensselaer County Spring Antiques Fair. Sadly, she won't remain ignorant of the suspiciously high mortality rate among her fellow antiques dealers for long.
Rumors are everywhere. The most recent victim, John Smithson, died of poison at a show just last week, and many of the same dealers are here at Rensselaer. They make the identical circuit year after year, so they know each other well. Or do they?
Murder is still far from Maggie's mind as she arranges her Shadows booth: some Currier & Ives prints here, Winslow Homer wood engravings on the hack wall, other prints arranged on tables and easels by category. With eleven years' experience, she knows her stock. So far the worst thing that has happened was putting the wrong price tag on a Homer engraving and having to sell it for $170 instead of $1,700.
Maggie doesn't intend for that to happen again, and she doesn't intend to worry about murder. This show's security is tight. But she can't help observing her colleagues with fresh eyes. Some, Eke Gussie White in the booth next door, are dear friends, and Gussie's assistant, her twenty-year-old nephew, Ben, who has Down's syndrome, is a delightful new acquaintance. Others, however, even people she's known for years, suddenly seem suspect.
The opening night wine has hardly stopped flowing when death claims another victim. Maggie will still sell a few antique prints, but she'll spend most of her time looking for a killer and trying to save a vulnerable young friend. Will Maggie herself become a potential victim? The answer may be in one of Maggie's prints, but she has hundreds in her booth. Where should she begin?
With its riveting behind-the-scenes glimpse of antiques shows and its revealing data on antique-print values, Shadows at the Fair introduces a captivating new series that unveils the powerful mysteries of antique prints even as it entertains.
Chapter 1

Snap-the-Whip, wood engraving by noted American artist Winslow Homer (1836-1910). The most famous of Homer's wood engravings, published by Harper's Weekly, September 20, 1873. Double page. Country boys playing a game outside their schoolhouse, with mountains beyond. Notable because it was the basis for two later Homer oil paintings also called Snap-the-Whip, often pointed to as most representative of Homer's accurate depiction of nineteenth-century American life. Price: $1,700.

The man looking through Maggie's van window was a far cry from the student in faded jeans and Grateful Dead T-shirt whom Vince usually hired to check in vans at the dealer entrance to the Rensselaer County Spring Antiques Fair. This man was a cop.

He looked down at his clipboard. "Name?"

"Maggie Summer. Security seems a bit heavy this year." A brass nameplate was pinned on his chest. The chest's name was Taggart.

"Yes, ma'am. After that incident at the antiques show in Westchester last week, we wanted to make sure there were no problems here. Admittance card?"

"Dealer murdered. Poisoned. It was in all the local papers."

"I'm from New Jersey. I hadn't heard." Maggie swallowed hard. Was it someone she knew? A poisoning at an antiques show? Bizarre. "Has anyone been arrested?"

"Not that I know of. Westchester police are investigating."

"Why the concern here?"

"Just insurance. A lot of the same dealers who were in Westchester last week are here today. Don't want the public to be worried." He looked at her. "Or the dealers. Nothing for you to be nervous about. We've doubled security. Only authorized people are allowed in." He looked down at the paper she'd handed him. "Maggie Summer...Shadows Antiques. Do you have a picture ID?"

"If I'd been heading for an airport, I'd have brought my passport. What about an employer ID with a picture?" She searched through her bag again. The ID was at the bottom. As she pulled it out, coins, tissues, and pencils fell onto the floor. A truck behind her beeped. "Just a minute!"

He looked at the photo, then at her, and grinned. "You've colored your hair. Looks good."

She smiled and reached for the card. Maggie's long, dark brown hair was her one vanity. She tucked back a strand that had escaped her braid.

"Decided to go back to school when your kids left home, Ms. Summer?"

"No kids. I teach at Somerset County College."

"That must be why it says 'faculty' on the card."

A droll fellow, Officer Taggart. The truck in back of her was beeping steadily now.

"Here's your entrance permit." He taped a green label printed SPRING SHOW -- DEALER just above the inspection sticker on the inside of her windshield. "Park over in the south field. As soon as you've finished unpacking, move your van to the back of the lot so other dealers can unload. You staying on the grounds tonight?"

"No. Living it up at Kosy Kabins." They weren't so cozy and they weren't exactly cabins, but the motel was just across the street and had indoor plumbing.

"Okay, then. Your vehicle must be off-premises by ten tonight, after the preview, and you may not reenter the fairgrounds until eight A.M."

Maggie nodded. Same routine as always. With one difference this spring -- a dealer had been murdered at a show ninety miles down the road in Westchester last week. She put her faded blue van in gear and felt a surge of anticipation as she passed the brilliant pink and red azaleas separating the driveway from the exhibit buildings on her left and the fairground track on her right. It was spring, she loved this show, she was about to see some of her favorite people, and she might even make some money. Many people who lived in New York City, two and a half hours south, had second homes in this area or made it their weekend getaway spot. Their purchases alone made the show worthwhile.

She'd done it for eleven years; so far the worst thing that had happened had been putting the wrong price tag on a wood engraving of Winslow Homer's Snap-the-Whip, the most famous of his wood engravings, and having to sell it for $170 instead of $1,700. She still winced at the memory. It was good to be back. And if strengthening security meant more Officer Taggarts, then she had no complaints. This was her time for some spring sunshine and fun. She didn't intend to worry about anything. 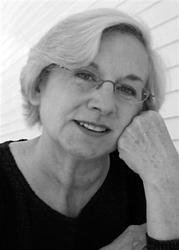 Lea Wait made her mystery debut with Shadows at the Fair, which was nominated for an Agatha Award for Best First Novel. Shadows on the Ivy, the third novel in her acclaimed series featuring Maggie Summer, is forthcoming in hardcover from Scribner. Lea comes from a long line of antiques dealers, and has owned an antique print business for more than twenty-five years. The single adoptive mother of four Asian girls who are now grown, she lives in Edgecomb, Maine. In addition to the Antique Print mysteries, Lea Wait writes historical fiction for young readers. Her first children's book, Stopping to Home, was named a Notable Book for Children in 2001 by Smithsonian magazine.
Visit her website at LeaWait.com.

Shadows at the Fair

By Lea Wait
LIST PRICE $16.99
PRICE MAY VARY BY RETAILER