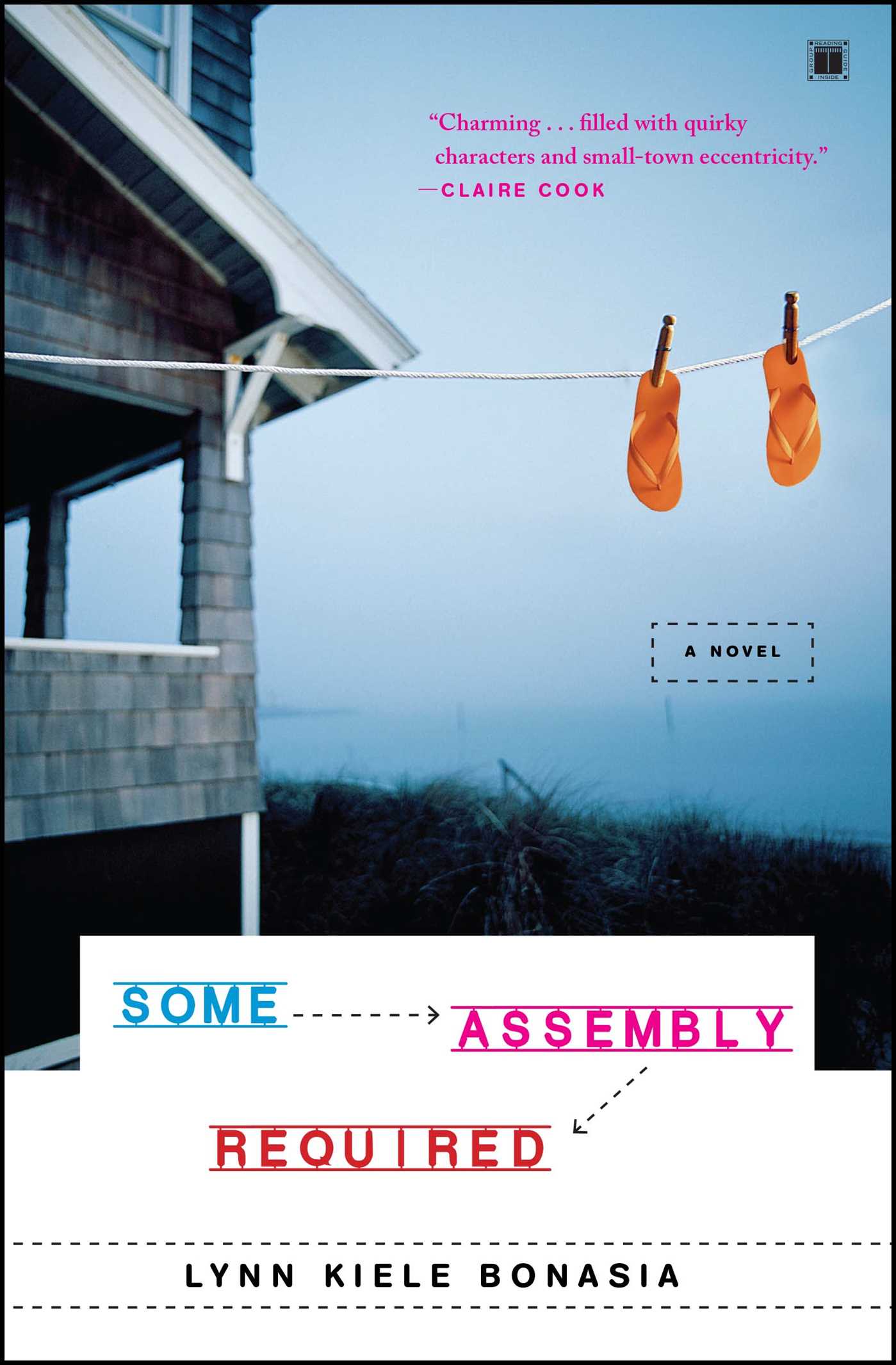 Thirty-nine-year-old Rose is content with her safe life: both her job writing manuals for appliances and her long-term boyfriend are reasonably satisfying. But when Mr. Almost Right betrays her, Rose decides there has to be more to it than writing succinct descriptions about how to use the timer on a Pause 'n Serve coffeemaker. Lured by the therapeutic promise of Cape Cod's sand, salt, and waves, Rose abandons her careful past and leaves the city far behind.

Rose wants only to heal her broken heart. But with the help of a few eccentric neighbors, a fulfilling new job as the world's oldest cub reporter, and a compellingly odd new man, she comes to realize that her past is the furthest thing from her mind -- and she may just have stumbled upon her future happiness.

By clicking 'Sign me up' I acknowledge that I have read and agree to the privacy policy and terms of use. Free ebook offer available to NEW CA subscribers only. Offer redeemable at Simon & Schuster's ebook fulfillment partner. Must redeem within 90 days. See full terms and conditions and this month's choices.
1. "Nauset has a secret" is a slogan invented by Zadie to promote the opening of the time capsule, but it seems to apply to other things as well. What are some of Nauset's other secrets?
2. Describe the two main characters, Rose and Simon. Why do you think they are attracted to each other?
3. "Instructions. Rose hadn't just written them, she'd followed them all her life" (6). How does being a reporter differ from being a writer of instruction manuals? What is the significance of Rose's decision to switch careers? How does leaving her "safety net" influence her development as a character?
4. Describe Cooper and Val's relationship.
5. "In the end, all Simon knew was this: he and Noel were damaged goods. Two peas in a pod. They needed each other" (97). Are there other characters in Some Assembly Required who might be considered "damaged goods" or who "need each other"? Why? What does the author suggest about human fallibility?
6. Discuss Simon and Segundo's differing views of God. What role does faith play in the novel?
7. Defining the term "washashores," Val says that it "just means people from away. Not born and raised here" (10). Like any small town, Nauset has its insiders and its outsiders. Who are the outsiders in Some Assembly Required and how are they perceived by the insiders?
8. Each of the major characters in Some Assembly Required is affected by Lino's disappearance. Describe the way this event has shaped the lives of Cooper, Val, and Mike in particular.
9. Loss is a major theme in the novel. Rose, Val, Cooper, Simon, and Noel each have different ways of coping with the losses they have experienced. How did their various coping mechanisms affect your perceptions of these characters?
10. "It's all right there in the painting," Dorie says about Noel's portrait of her. "The pain, the lies, the secrets we had to keep" (290). What does Noel capture in his paintings? What role do the paintings play in the novel?
11. Discuss some instances in the novel in which characters are judged or misjudged by other characters. What conclusions do you draw from these instances? Which character(s) do you find most sympathetic? Why?
12. The past plays a powerful role in the lives of all of the characters in Some Assembly Required. What is the impact of the past on the present?
13. Discuss the major themes in the novel. Does Some Assembly Required have a central theme or message? If so, what is it?
14. Discuss the epigraphs at the beginning of each chapter. How do they relate to each chapter and to Rose?
Enhance Your Readers' Group:
1. Learn more about autism and autistic artists. AutismArts.com and Autism.org are two good places to start.
2. Check out what's going on today on the Cape. Visit CapeCodVoice.com, the website of Cape Cod Voice, a local paper similar to the one where Rose works.
3. Hold your discussion over a seafood dinner! Try out some of the recipes at EdibleCapeCod.com.
Lynn Kiele Bonasia

Lynn Kiele Bonasia has been a freelance advertising copywriter for more than twenty years. She has published short fiction in The Seattle Review and The Miami Herald, among others. She and her family spend summers on Cape Cod and live outside Boston during the winter. Please visit her website at www.lynnbonasia.com

"Reading Some Assembly Required is like getting an instruction manual for a new life: dump the boyfriend, move to Cape Cod, and breathe in all that great salt air. You'll feel better in no time!" -- Claire Cook, author of Life's a Beach, Summer Blowout, and Must Love Dogs

"A delightful, astutely observed novel about love, friendship, and forgiveness. Rose's journey to becoming a Rosie was full of heart and very satisfying." -- Leslie Schnur, author of Late Night Talking and The Dog Walker

"Bonasia's portrait of a waterfront community's triumphs and squabbles is as endearing as it is convincing." - Publishers Weekly

"First-time novelist Bonasia delivers a sweet and idiosyncratic portrait of small-town life with a wit and levity that suggest good things to come." - Booklist

"In Some Assembly Required Lynn Bonasia gives us an intriguing outsider's look at Cape Cod, jam-packed with 'trapezoidal,' as she puts it, or 'multi-sided, complex, slightly askew' characters, who will linger with you long after the book is closed." - Sally Gunning, author of Bound and The Widow's War

"Lynn Kiele Bonasia's hilarious and heartfelt tale of redemption, romance, and mystery is an irresistible one. I loved these people and this wise and luminous book." - John Dufresne, author of Louisiana Power & Light