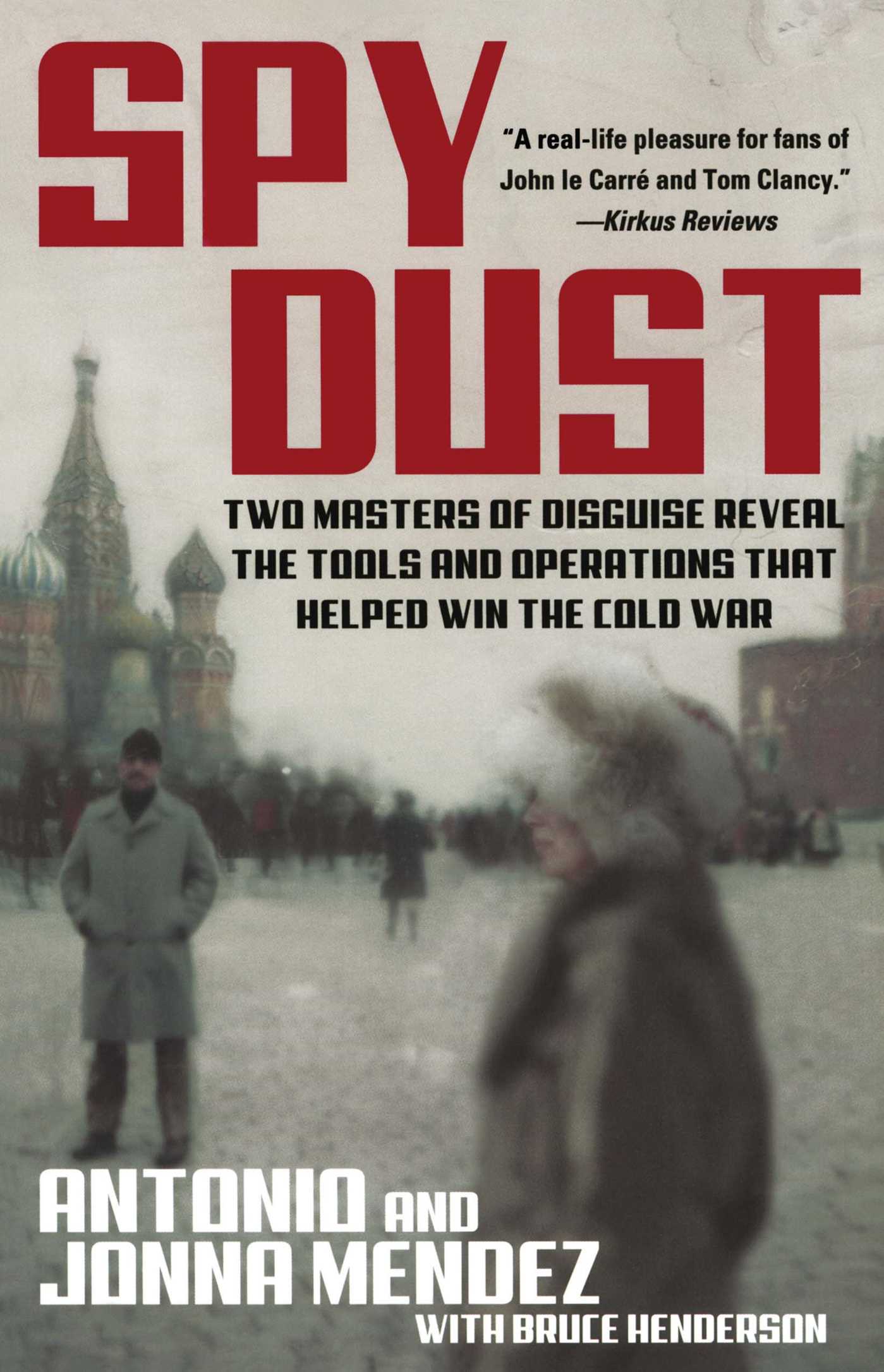 From the author of the Golden Globe winner and Oscar nominated Argo, a true-life thriller set against the backdrop of the Cold War, which unveils the life of an American spy from the inside and dramatically reveals how the CIA reestablished the upper hand over the KGB in the intelligence war.

From the author of the Golden Globe winner and Academy Award winner Argo...

Moscow, 1988. The twilight of the Cold War. The KGB is at its most ruthless, and has now indisputably gained the upper hand over the CIA in the intelligence war. But no one knows how. Ten CIA agents and double-agents have gone missing in the last three years. They have either been executed or they are unaccounted for.

At Langley, several theories circulate as to how the KGB seems suddenly to have become telepathic, predicting the CIA's every move. Some blame the defection of Edward Lee Howard three years before, and suspect that there are more high-placed moles to be unearthed. Others speculate that the KGB's surveillance successes have been heightened by the invention of an invisible electromagnetic powder that allows them to keep tabs on anyone who touches it: spy dust.

CIA officers Tony Mendez and Jonna Goeser come together to head up a team of technical wizards and operational specialists, determined to solve the mystery that threatens to overshadow the Cold War's final act. Working against known and unknown hostile forces, as well as some unfriendly elements within the CIA, they devise controversial new operational methods and techniques to foil the KGB, and show the extraordinary lengths that US intelligence is willing to go to protect a source, then rescue him when his world starts to collapse. At the same time, Tony and Jonna find themselves falling deeply in love.

During a fascinating odyssey that began in Indochina fifteen years before and ends in a breathtakingly daring operation in the heart of the Kremlin's Palace of Congresses, Spy Dust catapults the reader from the Hindu Kush to Hollywood, from Havana to Moscow, but cannot truly conclude until its protagonists are safely wedded in rural Maryland.

I was being buffeted around in the backseat of a dilapidated gray Austin as Jack Maxwell drove quickly through the pitch black night. He spun the steering wheel back and forth with one beefy hand, and with the other deftly shifted gears like a race car driver as we sped down the narrow, winding streets of this moldering tropical city.

I knew that even though we couldn't see them in the dark, every structure we passed was mildewed and slowly crumbling back into the black loam and teeming vegetation from where it had come long before the British carved out their colonial outpost here more than a century ago.

Maxwell, a large man with sloping shoulders, was slouched against the right-hand door, on the driver's side of the old car. He had borrowed this wreck from one of the office secretaries for his nighttime forays. He was wearing a pair of tortoiseshell glasses, a Band-Aid mustache, and a floppy hat, one of the many quick-change disguises that I had devised for him and his intelligence sources to use for their meetings after dark. Such subterfuge was the only way CIA officers could meet their assets -- locals recruited by U.S. intelligence -- in this hostile environment.

Maxwell would sometimes have eight or nine operational meetings a night, which pushed the bounds of good security practices. Most meetings took place in the old car while he drove his asset around on the back streets, debriefing them while continuing to run surveillance-detection runs -- SDRs, as they are known in the spy trade -- to ensure they weren't being followed.

Tonight was a special trip. We would be breaking new ground on this case, and thanks to my disguises, Maxwell would be bringing his best agent home for a sit-down meeting in the civilized surroundings of his house, an almost unheard of luxury.

We were approaching a double corner as we passed the swimming club where Maxwell would execute a rolling car pickup. He slowed down, pressed on the brake pedal long enough for the forward motion of the car to be interrupted for half a heartbeat. He timed this stop to occur just as he passed behind the hedge on our left, next to the corner of the club building.

A dark figure moved out from behind the hedge at the same instant and entered the left front passenger door as I opened and closed it in one motion. The dome light had not come on.

The figure crouched safely on the floorboard of the car as Maxwell released his pressure on the brake pedal and our momentum carried us forward again. He pressed smoothly on the accelerator, and we continued on a circuitous route to the residential district out by the lake to our first destination.

The top-secret GAMBIT disguise was positioned on my lap. I had created it for the man at an earlier meeting, and I hoped to conduct a final fitting tonight. I planned to do this in the dark car as we moved along, in case we passed someone who knew him.

We started down a deserted stretch, and the man code-named SAPPHIRE had crawled up off the floor and was now sitting up directly in front of me. He knew what to expect as I reached over to show him how to put on the disguise. By the time Maxwell arrived at his cover stop, I had made final adjustments to SAPPHIRE's new persona and was handing him a small leather-bound credential, which he reviewed, then slipped into his pocket.

The houseboy and gate man at the cover stop didn't give us a second look as we waited in the car chatting while Maxwell made his phantom delivery to a friend, the cover reason for this trip.

Shortly, we were headed back to Maxwell's house, where I had been staying since my arrival from Washington, D.C. We had rounded a corner and were proceeding down a side street behind an enormous golden stupa, a Buddhist shrine, that marked the center of town.

Suddenly we were caught in the high beams of a vehicle blocking the center of the road. There were two uniformed and armed soldiers standing in front of the headlights of a camouflaged scout car. They signaled us to halt.

Maxwell stood on the brakes, and the ancient car lurched to a stop.

One of the military men approached the car on the passenger side and rapped on the glass with his swagger stick. SAPPHIRE rolled down the window, and the officer leaned his head so far into the car I was sure they would touch noses.

But he was not looking at SAPPHIRE at all. Instead, his gaze was focused on Maxwell.

"Evening, sir. May I see your papers?"

Maxwell presented his credential, handing it over in front of SAPPHIRE.

The officer shined his light on it, and then returned it. "Very good, sir. And what about these two gentlemen?"

Both SAPPHIRE and I were ready with our documents as well. His were in the credential case that I had given him minutes earlier.

After a quick look, the officer handed both of them back to SAPPHIRE and snapped to attention. "Thank you, Excellency," he said.

SAPPHIRE saluted back, and we were soon on our way.

A little later, we were relaxing over drinks at Maxwell's place, reliving the events of the evening. Maxwell suddenly turned to me. "By the way," he said, "that officer was awfully impressed with SAPPHIRE. What was that all about?"

"I knew the disguise would make him look older and distinguished," I said, "so I made him an attaché from an Eastern European country -- with the rank of general."

SAPPHIRE smiled, enjoying the promotion that he had carried off perfectly.

Antonio Mendez is the former chief of disguise for the CIA. A recipient of the CIA's Intelligence Star of Valor and the Trailblazer Award, he is the author of Argo and The Master of Disguise. Visit his website at TheMasterofDisguise.com.

Jonna Mendez is a twenty-seven year veteran of the CIA who served as a technical operations officer and chief of disguise. She and her husband Tony live in Maryland with their son, Jesse. Learn more at TheMasterofDisguise.com.

Bruce Henderson is the author of Fatal North and the coauthor of the #1 New York Times bestseller And the Sea Will Tell. He lives in California.

Admiral Stansfield Turner former head of the CIA A true story of spying with all the suspense and intrigue of a James Bond novel.

Publishers Weekly An entertaining thriller with the added virtue of being true.

Booklist An endlessly fascinating book, one that spy buffs will return to again and again.

Hayden B. Peake curator of the CIA's Historical Intelligence Collection For CIA staffers, the changed names will be both frustrating and challenging as they attempt to sort out individuals and operations. For those who want a sense of what really takes place in the field when magicians from the Office of Technical Services are involved, Spy Dust is a rewarding experience.