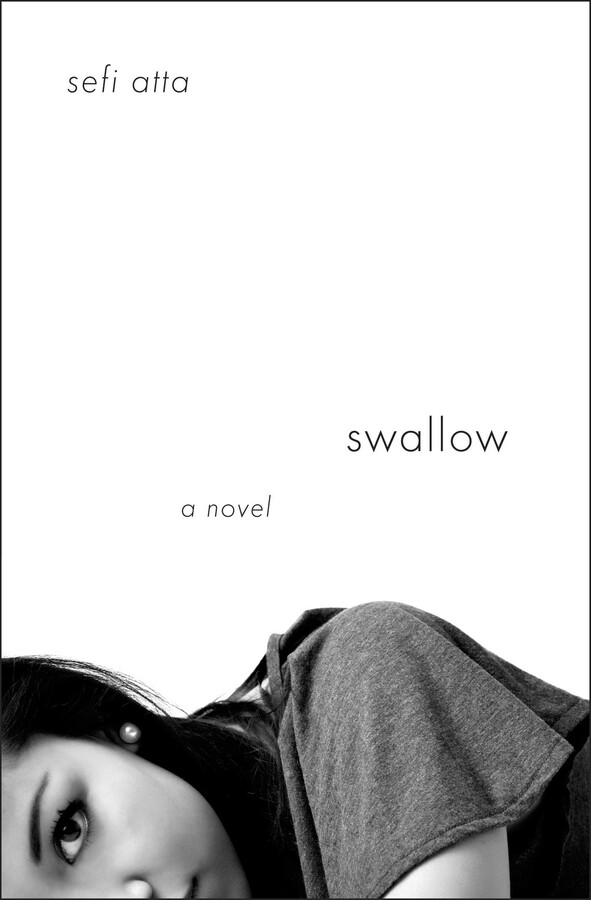 In the 1980s in Lagos, the government’s War Against Indiscipline and austerity measures are in full swing. A succession of unfortunate events leads Tolani, a bank secretary, to be persuaded by her roommate Rose to consider drug trafficking as a way to make a living. Tolani’s subsequent struggle with temptation forces her to reconsider her morality—and that of her mother Arike’s—as she embarks on a turbulent journey of self-discovery.

Sefi Atta was born in Lagos, Nigeria, in 1964. She is the author of Everything Good Will Come, Swallow, News from Home, A Bit of Difference and Sefi Atta: Selected Plays. Atta has received several literary awards, including the 2006 Wole Soyinka Prize for Literature in Africa and the 2009 Noma Award for Publishing in Africa. Her radio plays have been broadcast by the BBC and her stage plays have been performed internationally. She divides her time between the United States, England and Nigeria.

"In Atta's spirited and largehearted second novel (after the collection, "News from Home"), two young woman office workers navigate the rapids of the urban jungle of Lagos. Rose, and the narrator, Tolani, live and work together, making the long, arduous daily commute by bus and sharing "seats, sweat, and gossip." They often don't agree: Rose, at 30, flits from man to man to avoid falling into what she calls "the black hole" of dependency and inertia, and disapproves of Tolani's longtime boyfriend, Sanwo, who won't propose. However, Rose's irrepressible temper gets her fired, leaving her vulnerable to the manipulation of a new boyfriend, OC, who convinces her to mule drugs to England. Tolani has her own woes: she breaks up with Sanwo after he loses her savings; she has to work with a new, lecherous boss; her aging mother is ever more fragile; and she learns her father, now dead, may not have actually been her father. But will she take OC up on his offer of quick money? Tolani's tale encompasses towns and villages, corruption and superstition, deceit and loyalty, all beautifully layered and building toward a wallop you never see coming."

No contemporary Nigerian writer is better than Sefi Atta at evoking the smells, sounds and the sheer madness of this sprawling cosmopolitan city of Lagos.

– Toni Kan Onwordi, author of 'Nights of the Creaking Bed'

Tender, fierce, vivid and memorable-a bold, distinctive novel from a writer who doesn't compromise her integrity.

In this unique novel, outstanding new literary talent Sefi Atta takes great strides in style and form, to bring wit and passion to the heartbreaking story of Tolani and Rose, two young women struggling, not always successfully, to make an honest living in contemporary Nigeria... Atta tells in an eminently readable voice the irreconcilable nature of the two friends' fates.

Sefi Atta has woven a quietly intricate powerful tale that pulls from problems of gender, class, and Lagosian life. It's a novel whose many colorful characters, compelling story, distinct place and turbulent time will stay with you long after you've read the last word.

The bustle, chaos and fast rhythm of Lagos jump from the pages of 'Swallow', Sefi Atta's new book. It is fiction steeped in life.

– Veronique Tadjo, author of 'As the Crow Flies'

Sefi's 'Swallow' is a triumph of the terse. It throbs with laconic intelligence and the veritable Sefi Atta denouement.

– Tade Ipadeola, author of A 'Time of Signs'

In Swallow, Mississippi-based Sefi Atta travels the distance to 1980s Lagos, Nigeria, where she grew up, to offer a picture of how gender oppression reproduces itself over time through the imposed act of swallowing. ...Atta makes the act of forcing oneself to swallow the unswallowable, the deadly, vivid in the body of the reader.

Recommended Reading... Sefi Atta's Swallow wakes up in dusty, hazy Lagos and sets its sights on Rose and Tolani, a pair of young women whose intertwined fates argue the power of matrilineal ties in modern Africa... the girls live the slim privileges of the employed- in a city whose poverty, government crackdowns, and quick, senseless losses lend the novel an apocalyptic air. Against this stark backdrop, Rose and narrator Tolani emerge as two halves of a butterflied Rorschach blot: nearly identical, but with one side webbed and shadowed, the other precise, distinct. What sets them apart is their people- more particularly, the women who buoy them up: Rose's hedging, prostituting, city-clinging mother and half-sisters, and Tolani's village-tied mother, the last of a matriarchal adire-dying, husband-defying line. As the novel's tragic action draws both young women into desperate attempts to evade poverty, this familial distinction grows all the more significant, stark and elegant, but warmly humorous and lively... For both women, it seems, the greatest fear is the loss of the other, which would equal a loss of the self. Atta's skillful handling is a relief and a gift.