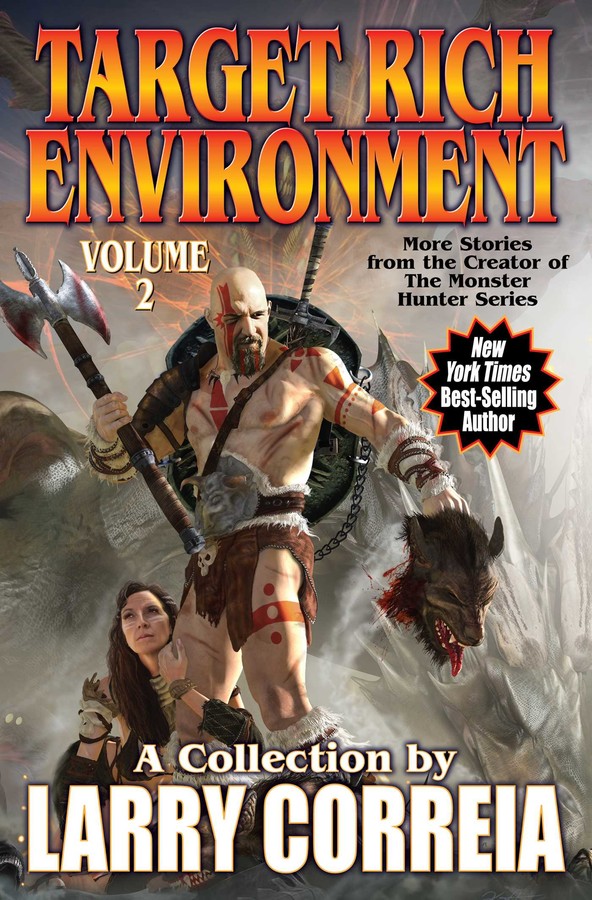 MONSTERS—AND THE CHAMPIONS WHO SLAY THEM!

More stories from the creator of Monster Hunter International, The Grimnoir Chronicles, and the Saga of the Forgotten Warrior. The second volume collecting all of best-selling author Larry Correia’s short stories, novelettes, and novellas. Correia’s novels are known for their hard-hitting, no-holds-barred action sequences, in-depth worldbuilding, and vivid characterization. Now, Correia turns to the short form to deliver stories that take no prisoner.

“Tokyo Raider” pits giant robots against very big monsters in the Grimnoir Universe. “The Testimony of the Traitor Ratul,” set in the Saga of the Forgotten Warrior series, lets a man who has been called a fanatical rebel, despicable murderer, and heretical traitor tell his side of the story. And “Reckoning Day” gives an insider view into the day-to-day life of some of the most popular characters from the Monster Hunter International series.

Plus, stories set in the world of both Aliens and Predator; an Agent Franks /Joe Ledger mash- up cowritten by best-selling author Jonathan Maberry; a V-Wars story; a story set in Michael Z. Williamson’s Freehold series—and more.

Finally, Tom Stranger, Interdimensional Insurance Agent, is back in “A Murder of Manatees,” appearing in print for the first time!

So strap in for a collection of stories as only the Monster Hunter himself could tell them.

“[E]verything I like in fantasy: intense action scenes, evil in horrifying array, good struggling against the darkness, and most of all people—gorgeously flawed human beings faced with horrible moral choices that force them to question and change and grow.”—Jim Butcher on Son of the Black Sword

Larry Correia is the creator of the Wall Street Journal and New York Times best-selling Monster Hunter series, with first entry Monster Hunter International, as well as urban fantasy hardboiled adventure saga the Grimnoir Chronicles, with first entry Hard Magic, and epic fantasy series The Saga of the Forgotten Warrior, with first entry Son of the Black Sword and latest entry, House of Assassins. He is an avid gun user and advocate and shot on a competitive level for many years. Before becoming a full-time writer, he was a military contract accountant, and a small business accountant and manager. Correia lives in Utah with his wife and family.

SEE ALL
See more by Larry Correia
Thank you for signing up, fellow book lover!