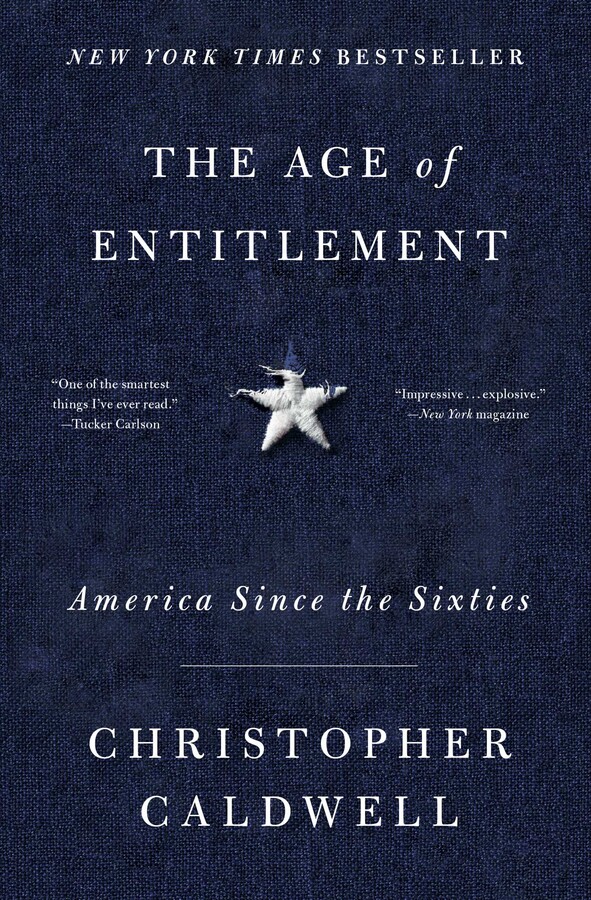 By Christopher Caldwell
LIST PRICE $13.99
PRICE MAY VARY BY RETAILER

A major American intellectual and “one of the right’s most gifted and astute journalists” (The New York Times Book Review) makes the historical case that the reforms of the 1960s, reforms intended to make the nation more just and humane, left many Americans feeling alienated, despised, misled—and ready to put an adventurer in the White House.

Christopher Caldwell has spent years studying the liberal uprising of the 1960s and its unforeseen consequences and his conclusion is this: even the reforms that Americans love best have come with costs that are staggeringly high—in wealth, freedom, and social stability—and that have been spread unevenly among classes and generations.

Caldwell reveals the real political turning points of the past half-century, taking you on a roller-coaster ride through Playboy magazine, affirmative action, CB radio, leveraged buyouts, iPhones, Oxycotin, Black Lives Matter, and internet cookies. In doing so, he shows that attempts to redress the injustices of the past have left Americans living under two different ideas of what it means to play by the rules.

Essential, timely, hard to put down, The Age of Entitlement “is an eloquent and bracing book, full of insight” (New York magazine) about how the reforms of the past fifty years gave the country two incompatible political systems—and drove it toward conflict. 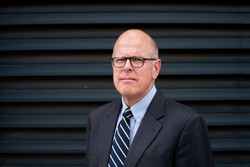 Christopher Caldwell is a contributing editor at the Claremont Review of Books and a contributing opinion writer for The New York Times. He was previously a senior editor at the Weekly Standard and a columnist for the Financial Times. He is the author of The Age of Entitlement: America Since the Sixties and Reflections on the Revolution in Europe: Immigration, Islam and the West.

"The Age of Entitlement is a work of history, not a work of sociological analysis. It does not conclude with a list of solutions or proposals. But this is no ordinary work of history. It engages and dazzles the reader in the way the histories of A.J.P. Taylor once did. Caldwell, as those who know his journalism and his 2010 book Reflections on the Revolution in Europe will know, has a marvelous talent for pointing out the unacknowledged contradictions and perversities in the outlooks of both left and right."
—Commentary

“American conservatism’s foremost writer… This is a heretical, unsettling work"
—The Irish Times

"The Age of Entitlement is an eloquent and bracing book, full of insight."
— New York Magazine

“Scholarly, provocative, insightful: this is history-writing at its best. Readers of Caldwell’s journalism will instantly recognize his capacity to use a single moment or event to illuminate a much wider phenomenon. Anyone wishing to understand the failure of the American elite over the more than half century since President Kennedy was assassinated, and thus why Donald Trump was elected, must read but profoundly thoughtful book.”
— Andrew Roberts, New York Times bestselling author of Leadership in War

“In this landmark cultural and political history of the last half-century, Christopher Caldwell brilliantly dissects the new progressive establishment, and shows how the reforms of the sixties gradually devolved into intolerance, self-righteousness, and the antithesis of what had started out as naive idealism. A singular analysis by a masterful chronicler of the sixties dreams that have gone so terribly, but predictably, wrong.”
— Victor Davis Hanson, author of The Case for Trump

“The Age of Entitlement rudely dismembers the moral pretensions of our ruling class in the tradition of Christopher Lasch. If the trajectory of political correctness leaves you bewildered, here you will learn its institutional logic—the key role it plays in legitimating new structures of inequality. Thanks to Caldwell, we now understand how this regime change happened, and why half the electorate thought it necessary to cast a vote of desperation in 2016.”
—Matthew Crawford, New York Times bestselling author of Shop Class as Soulcraft

“The sharpest and most insightful conservative critique of mainstream politics in years.”
— Publishers Weekly (starred review)

"A sweeping but insightful examination into every social, political and legal decision, movement and trend that leaves us where we are today in a polarized nation. ... a fascinating read that could ignite 1,000 conversations ... Caldwell’s analysis of our Vietnam legacy is particularly masterful but the book brims with brisk evaluations of how a confident nation became an argumentative, fragmented one."
— The Associated Press

"In all, a deeply felt, highly readable, and dead honest account of America since the 1960s and the terrible wrong turn we took then and continue to follow, disrupting what we used to call the American way, and leading to the increasing alienation of many of our most productive citizens, who believe they may be losing their country."
— The Washington Times

"The current white leading Democratic candidates should read Caldwell’s book to fathom how their own ideologies now boomerang. They might question why they — and not Cory Booker, Julian Castro, Kamala Harris, Deval Patrick, or Andrew Yang — are alone on the primary debate stage."
— National Review

By Christopher Caldwell
LIST PRICE $13.99
PRICE MAY VARY BY RETAILER