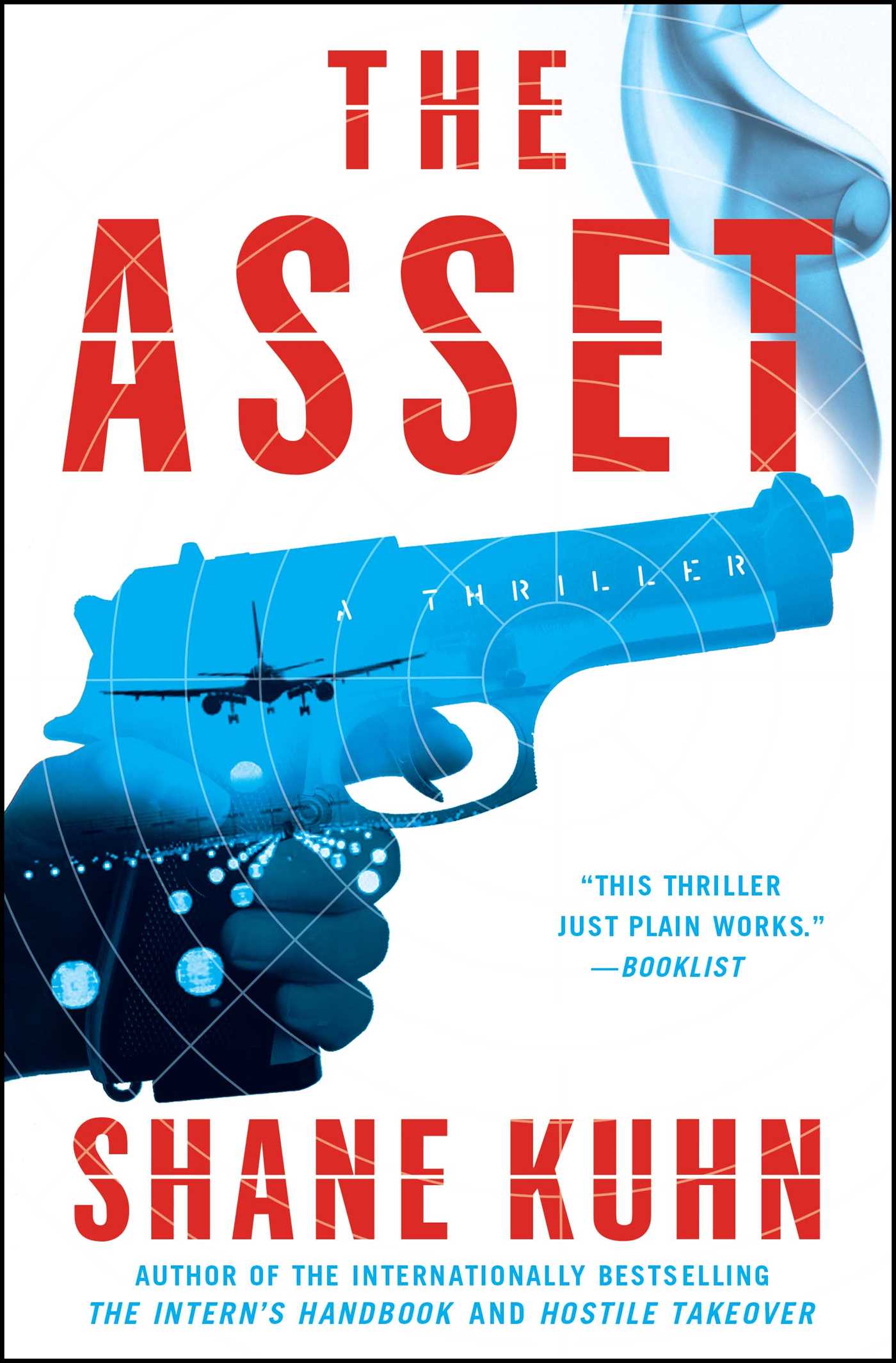 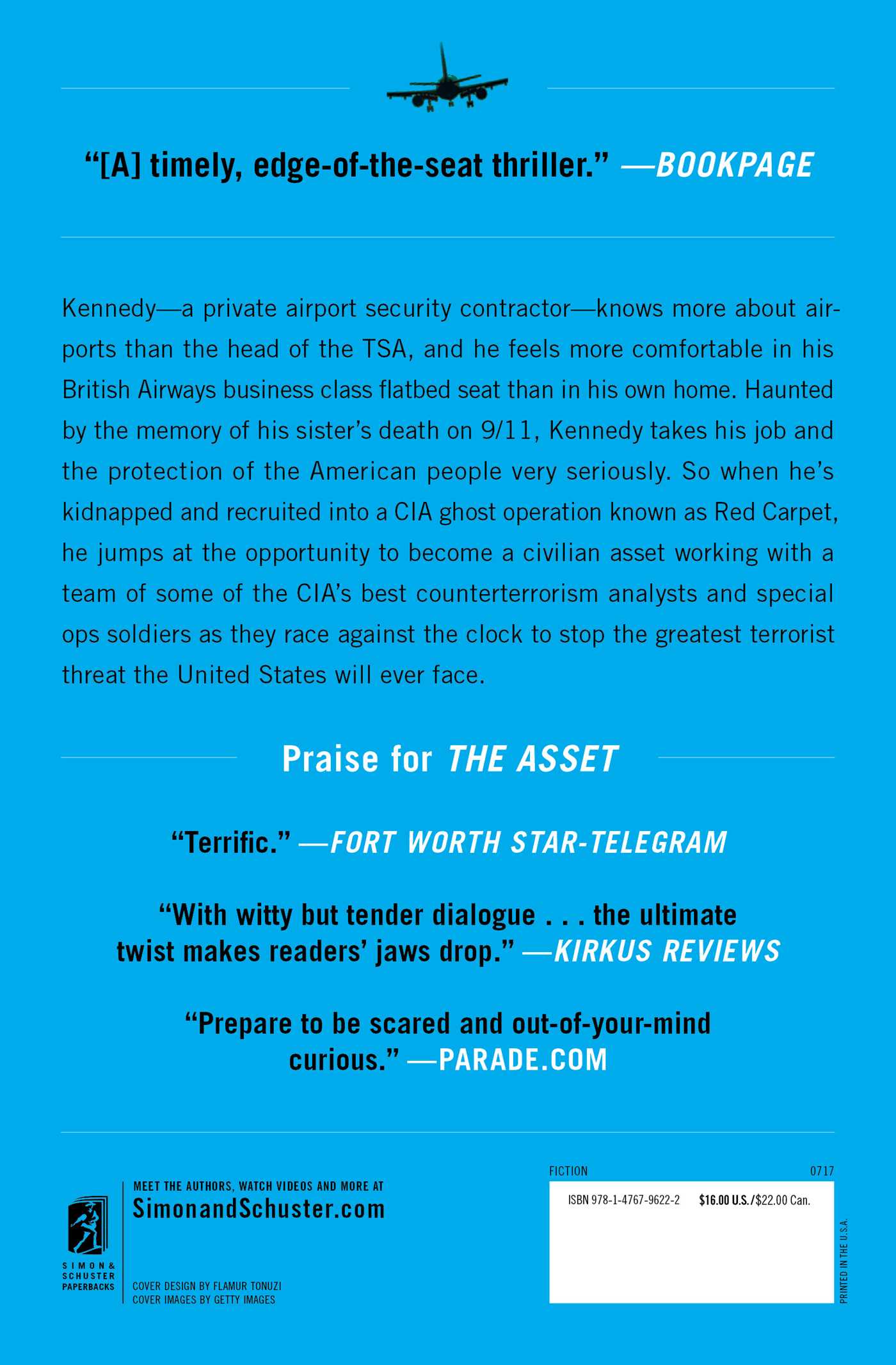 A private airport security contractor becomes a counterterrorism operative to prevent a terrorist attack in this “timely, edge-of-the-seat thriller” (Bookpage) from the author of the #1 internationally bestselling The Intern’s Handbook.

Kennedy—a private airport security contractor—knows more about airports than the head of the TSA, and he feels more comfortable in his British Airways Club World flatbed seat than in his own home. Haunted by the memory of his sister’s death on 9/11, Kennedy takes his job and the protection of the American people very seriously. So when he’s kidnapped and recruited into a CIA ghost operation known as Red Carpet, he jumps at the opportunity to become a civilian asset working with a team of some of the CIA’s best counterterrorism analysts and spec ops soldiers as they race against the clock to stop the greatest terrorist threat the United States will ever face.

With the same bold voice that earned him rave reviews for his previous novels, Shane Kuhn’s The Asset is an “exhilarating” (Publishers Weekly, starred review) read with an “ultimate twist that makes readers’ jaws drop” (Kirkus Reviews).

Ladies and gentlemen, in preparation for landing . . .”

The flight attendant chirped apologetic Cockney while Kennedy snored in his British Airways business class flatbed seat, a coveted upgrade on the Heathrow–JFK leg of a fifteen-thousand-mile work odyssey that began five days ago in Los Angeles. As a two-hundred-plus-days-per-year business traveler, this was home, or, as Kennedy liked to call it, “the master bedroom.” In fact, he had grown so accustomed to it, he wasn’t able to sleep in a normal bed but drifted off like a baby in a metal and composite tube traveling six hundred miles per hour. While the smartly dressed crew tidied up the cabin, Kennedy was dreaming—another thing he could only do at thirty-three thousand feet.

The dream was what his former shrink called recurring and it was about his sister, Belle, whom he loved dearly but who had been dead for fourteen years. As always, she sat next to him on the last flight of her young life—American Airlines Flight 11, traveling from Boston to Los Angeles on September 11, 2001. Belle was sixteen and had gone to Boston to help their nana while their grandfather was in the ICU recovering from bypass surgery. Belle hated to fly, but that time she was especially nervous because it was to be her first time flying alone. Kennedy had accompanied her on the first leg of the trip, but had had to return to school before her.

Their father, Richard, an air force captain, had treated the situation in his usual hard-ass way, telling her to buck up and face her fears head-on. Their mother had passed from cancer shortly after Belle was born, so Richard decided he was going to raise them both in the school of hard knocks. For a highly analytical and somewhat emotionally unavailable child like Kennedy, this worked perfectly. But Belle was like their mother, Grace, the polar opposite. She had complex emotions from an early age and vexed her father with her inability to look at the world like he did, as a colorless grid ruled by mathematics.

The night before the flight, Belle spoke to Kennedy about it over the phone. The two of them were very close, relying on each other for advice and shoulders to cry on. Kennedy was nineteen at the time and every bit the protective big brother—feigning apathy but loving Belle more fiercely than himself.

“You’re going to be fine. Just put your headphones on and sleep and the next thing you know you’ll be home.”

“You seem so certain I’ll be okay, but how do you know? How could you know?”

“I just know. There are literally tens of thousands of flights in the US alone every day. Statistically speaking, the chances of you dying in a plane crash are nil.”

“Yeah but, statistically speaking, if my plane does crash, the chances of me dying are one hundred percent.”

“Belle, riding in the back of Dad’s car while he drives you like a maniac to ballet class is exponentially more dangerous, but you’re not afraid to do that.”

“I am now! Jesus, you’re a big help. I’m more worried now than before I called.”

“You don’t need to worry at all, Belle. What good would it do anyway?”

“Oh, here we go with your patented We’re all doomed so screw it and have another beer philosophy.”

“I find it comforting.”

“Which is why you never get any dates.”

“Whatever. I get dates.”

“Yeah, in your granola.”

“Coping implies the existence of an actual problem.”

“I know this makes no sense to you, but this doesn’t feel right to me. Like that time my hair stood on end before lightning struck Mrs. Garcia’s oak tree.”

“That wasn’t a feeling, it was static electricity.”

“Stop trying to make me feel better by telling me I’m full of it!”

“You know what? I don’t have time for this right now. I have a tournament this weekend and an anthropology midterm I haven’t even thought about studying for. Call Dad and tell him to come get you.”

“Dad will tell me to buck up and get on the plane, just like you. You come.”

“There’s no way I can fly back to Boston right now. Absolutely no way.”

“You’d be back in less than twenty-four hours. Come on, it’ll be fun—”

“Belle, you’re living in a fantasy world. I’m living in the real world and I can’t just fly to Boston to fly you home because you’re nervous.”

“I’m not just nervous. I’m really scared! All you care about is your stupid golf and Stanford nerd friends! I’m your sister . . . I don’t want to go alone.”

Belle’s aggressive tone disappeared on her last line because she was fighting tears. Kennedy angrily interpreted this as an attempt to manipulate him.

“At least I’m not a little princess who thinks the world revolves around her! Call me when you decide to grow the fuck up.”

He hung up. Belle tried calling him back several times but he didn’t answer out of spite. That was the last time he ever spoke to her.

In the dream, Belle was always the same age as when she died. Her strawberry hair and faint pixie dusting of freckles taunted him with their eternal innocence. Like when she was alive, she always had the mirthful expression of someone up to no good. As they sat next to each other on the flight Kennedy never took, Belle talked incessantly, blithely cruising through subjects both relevant and tangential, while he waited to get in his own edgewise word that would never see the light of day. But it didn’t matter. Her manic narratives endeared him.

“I wish you would shut up,” he joked.

“Then we would both have to listen to you, and that just wouldn’t do, Monsieur Ennui,” she politely chided, punching him in the arm.

“Maybe I have something important to say.”

“About which of your noble yet hideously dull pursuits? Golf, er . . . Sorry, I need a second to yawn.”

She played like she was yawning out of extreme boredom, eyeballing him for a reaction. Belle’s truth serum. A teaspoon of sugar and you’re stretched out on the cross.

“I don’t have to take this kind of abuse. I’m going to sleep.”

“Fine, you big lug. I have better things to do anyway, like the in-flight magazine crossword puzzle.”

He could see she was getting nervous, so he gently patted her arm while she fidgeted with the folds of her skirt.

“What now?” he asked with phony annoyance.

She didn’t answer. Her face looked ghostly pale, as if the blood and wit had drained from it. Her slender fingers were perched tightly on his forearm, like a bird in a gale. He always tried to wake himself up at that point in the dream but never succeeded.

Tears welled in her eyes.

Before Kennedy could be a good big brother and say something to reassure her, he was violently interrupted by the bone-crushing force of impact with the World Trade Center’s North Tower. Belle disappeared in a blinding flash as the airplane’s fuselage disintegrated into white-hot cinders. Bodies—gasping, burning, convulsing, and clinging to ­nothing—were blown and scattered through a maelstrom of glass and concrete, bloody dandelion florets seeding the mouth of blackness. After the last of the aircraft debris exploded out the building’s exit wound, Kennedy always ended up sitting on the edge of the building’s smoking maw, looking down on a rain of fire.

“Sir?” a voice called, cutting through the dream.

Kennedy awoke with a start. Teary-eyed and disoriented, he was staring into the face of a young female flight attendant with a cruelly similar swath of freckles.

“So sorry to disturb you but we’re preparing the cabin for arrival.”

Before landing, Kennedy went to the lavatory to do what he always did after having the Belle dream. The crying wasn’t the most difficult part. The most difficult part was stopping. The hollow of anguish he felt for Belle had not changed in all the years she was gone. Even in that moment, crammed in an airport lav fourteen years later, he could vividly picture everyone in his college dorm watching Belle’s plane hit the World Trade Center. He had just gotten up, and after breakfast he was going to call her to apologize. Instead, he watched her die, and all that was left was a profound sense of helplessness and the one emotion that would drive everything he did in his life from that point on: regret. 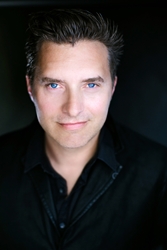 "Shane Kuhn's The Asset is a savage, fun and action-packed thriller that blasts the reader around the world, never letting up its blistering pace. The plot sizzles and the twists come at you a mile a minute."—Drew Chapman, author of The Ascendant and King of Fear

“The Asset poses the compelling question of how far one will go in the service of one’s country, especially in times of national emergency, heavy secrecy and plausible deniability. . . . [a] timely, edge-of-the-seat thriller.” —Bookpage

“A fast-paced narrative with some incredibly clever twists and turns, a crew of nicely developed characters. . . the result is a real page-turner that you won't want to put down.”—Staten Island Advance

“Readers should expect to not only be entertained, but also find a deeper meaning in the pages.”—Wyoming Tribune Eagle