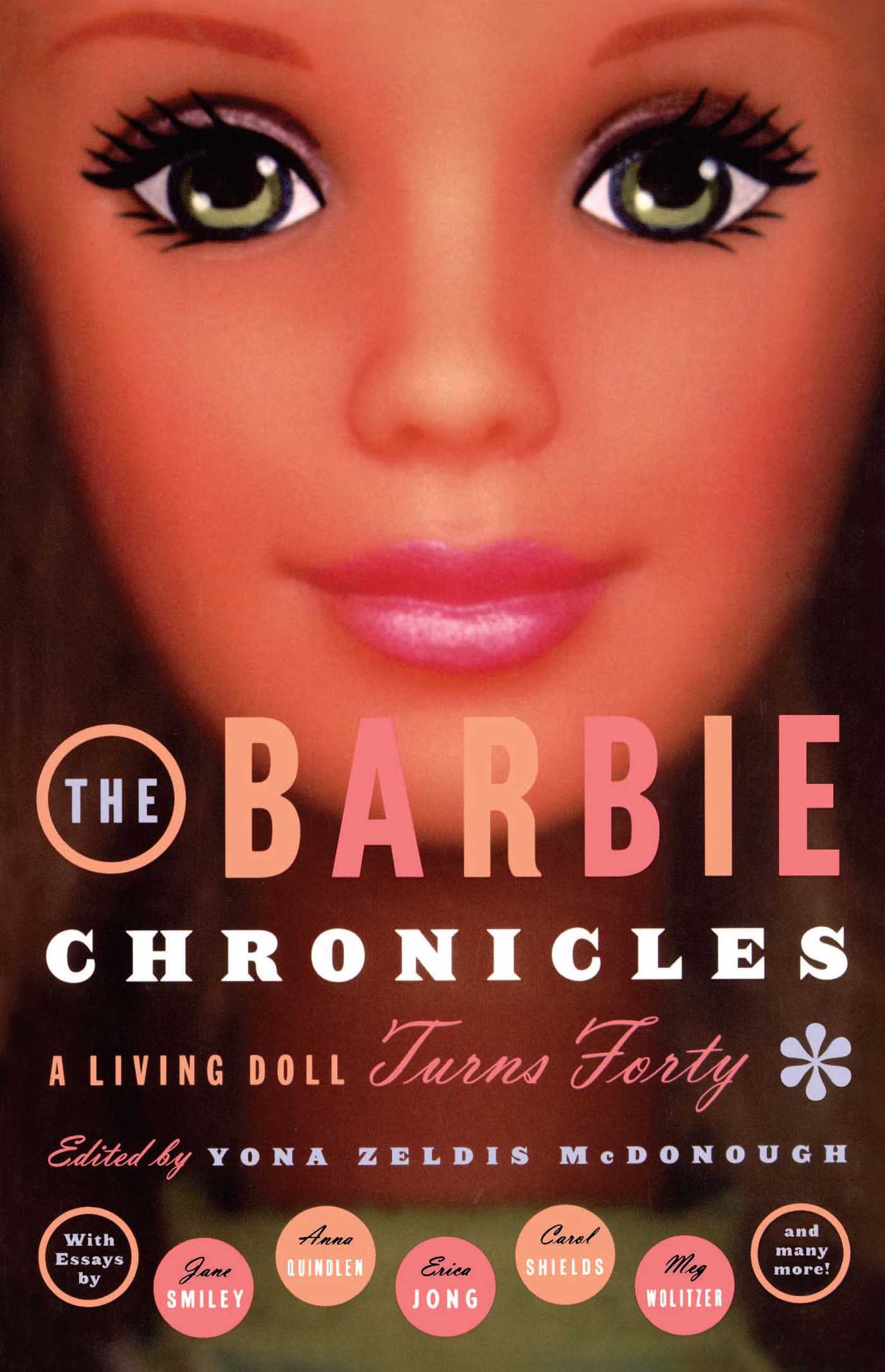 A THOROUGHLY GROWN-UP LOOK AT A TWENTIETH-CENTURY MUSE OF OUTSTANDING PROPORTIONS
To some she's a collectible, to others she's trash. In The Barbie Chronicles, twenty-three writers join together to scrutinize Barbie's forty years of hateful, lovely disastrous, glorious influence on us all. No other tiny shoulders have ever, had to carry the weight of such affection and derision and no other book has ever paid this notorious little place of plastic her due. Whether you adore her or abhor her, The Barbie Chronicles will have you looking at her in ways you never imagined.

When I first sat down in the summer of 1997 to pen a piece about Barbie, I imagined writing a wry, affectionate defense of the sexy little doll who seemed to be getting so much bad press. Little did I know how Barbie had changed in the three decades since she and I had parted company. I didn't really understand the fantastic impact she had made on American culture during those years nor the maelstrom of controversy that her mere name seemed to elicit. But the publication of my essay on the back page of The New York Times Magazine filled me in quickly: Barbie had been busy all this time, what with her brand-new professions, newly reconfigured face, hair, and, yes, even body.

Ever since her 1959 debut, Barbie has been an amazingly popular doll. Created by Ruth and Elliot Handler in the late 1950s and named for their daughter, Barbara, Barbie has her origins in the German Lilli doll, a quasi-pornographic toy intended for men. The Handlers cleaned her up and toned her down before presenting her to the American market, but her inherent sexuality -- so stunning in a world of baby dolls and little girl dolls -- remained intact, just waiting for a generation of American children to discover her.

Discover and fall head over heels in love. Her phenomenal success in the intervening years has spawned enough Barbie dolls to populate a small planet, to say nothing of the ancillary characters -- Skipper, Francie, Midge, Ken, Allan, and Kelly -- that fill her world.

The girls who played with the very first Barbies are now grown, with Barbie-toting daughters of their own. But Barbie continues to exert a hold on their imaginations, as well as the imaginations of the boys who watched -- envious, disdainful, titillated, curious -- as their sisters, cousins, friends, and neighbors dressed, and undressed, their sexy, ever-so-adult-looking dolls.

Forty years after her debut, Barbie is big news and big business. Millions of dolls, clothes, accessories, and paraphernalia are bought and sold every year. There are Barbie conventions, fan clubs, Web sites, and scores of publications.

There is also, I soon discovered, a whole new literature of Barbie that emerged in the shadow of the consumer frenzy she created. She has inspired novelists and poets, commentators and journalists, and academics from a wide range of fields. No longer just a child's toy, Barbie has become an icon and a fetish -- to some angelic, to others depraved. And as such, she serves as a kind of springboard for a whole range of cultural discourse, some philosophical and reflective, some lighthearted and appreciative, some furious and damning.

The Barbie Chronicles both grows out of and adds to the current conversation about Barbie. In it, I have included twenty essays and five poems written from varying intellectual perspectives as well as differing emotional ones. Some are original works commissioned specifically for this volume; others are reprinted from existing material. But whatever the take on Barbie is, it is never neutral.

Anna Quindlen proposes driving a stake through Barbie's plastic heart, while Melissa Hook remembers her as a conduit through which she could connect with her frosty and distant grandmother. For these writers, Barbie has a talismanic power, one that illuminates both the world without and the self within. Here then are stories that will, I hope, shed a little more light on the meaning of America's most beloved, most notorious piece of posable plastic.

Caroline Preston author of Jackie by Josie From the spring day in 1959 when I dumped my Ginny doll for the new flashy babe on the block, I have adored Barbie. When she was finally exposed as a sexist stereotype, my adoration, undiminished, went underground. The Barbie Chronicles celebrates our complex forty-year love/hate relationship toward the world's most irresistible doll.

Hilton Als author of The Women The pieces and poems in this book so rich in insight and wit, mean so much -- to cultural and political studies, to the life of the mind, to those who have given thought of affection to this strange and strangely alluring figure which, despite her initial docility, refuses to remain seated on anyone's shelf.

Faye Moskowitz author of A Leak in the Heart Whatever your position on the world's most persistent posable piece of plastic, you'll find much to intrigue you in this provocative collection that examines Barbie from all angles -- with perspicacity and panache.

Albert Mobilio winner of The National Book Critics Circle Award for Excellence in Reviewing Equal parts celebration, confession, and investigation, The Barbie Chronicles takes shrewd measure of just how much we are what we buy.