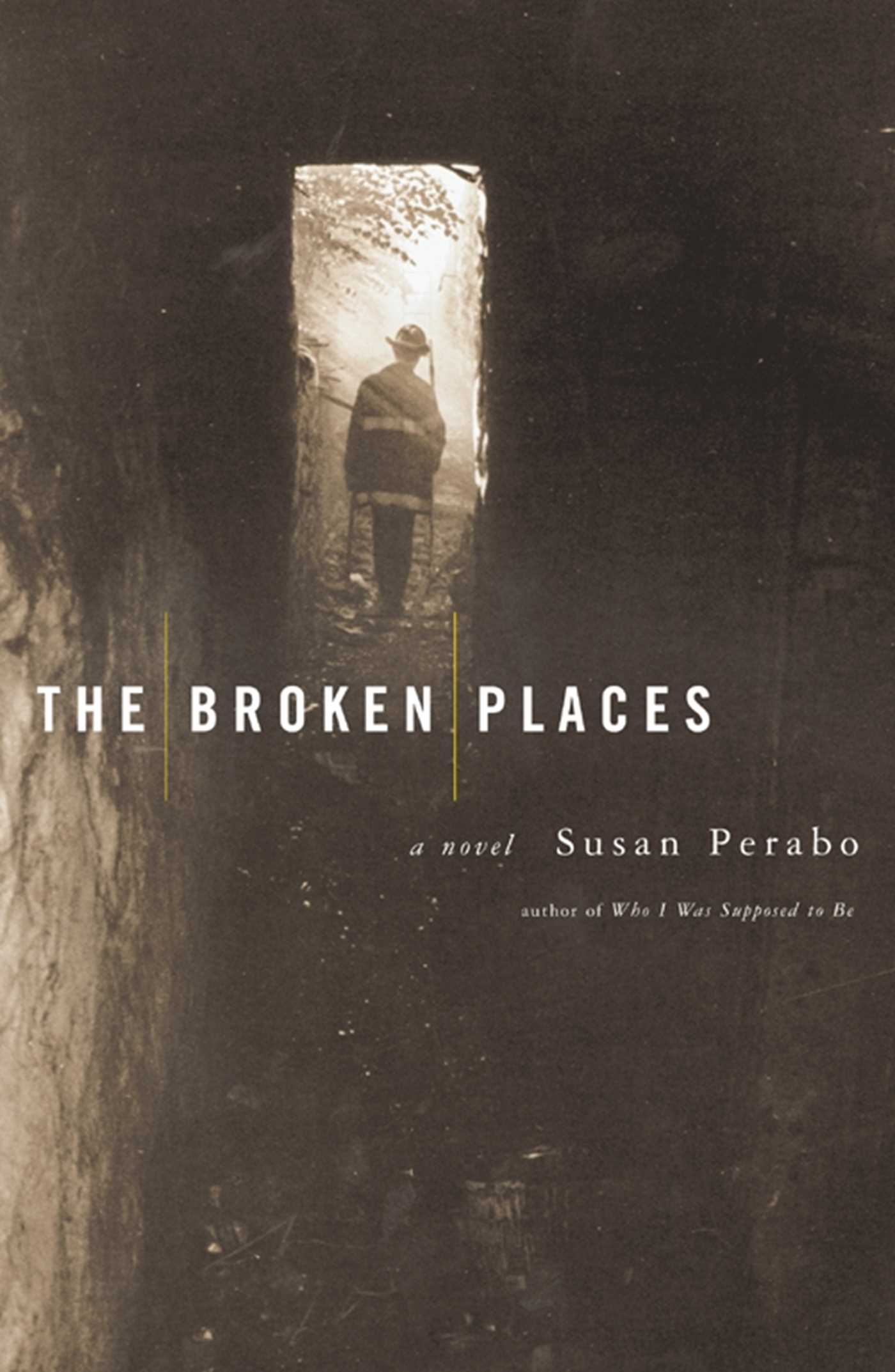 By Susan Perabo
LIST PRICE $16.99
PRICE MAY VARY BY RETAILER

Susan Perabo's short-story collection, Who I Was Supposed to Be, was named a Best Book of 1999 by the Los Angeles Times, The Miami Herald, and the St. Louis Post-Dispatch. The Boston Globe proclaimed the debut "a stunning introduction to a fresh new literary talent." Now Susan Perabo returns with The Broken Places, her eagerly anticipated novel about love and honor and how the aftermath of one terrifying night -- and one heroic act -- affects a close-knit family.
Twelve-year-old Paul Tucker knows his family is something akin to royalty in small-town Casey, Pennsylvania. His father, Sonny, is a dedicated career fireman, in line for the position of chief, long held by Paul's late grandfather, a local legend whose heroics continue to occupy the hearts and minds of all who knew and worked with him. Paul's mother, Laura, is a math teacher at the high school; Paul is sometimes annoyed by her worries over him (and her apparent lack of worry over his father), but his life is generally untroubled, his future bright, his time measured by sport seasons.
But on a windy October day, the collapse of an abandoned farmhouse forever alters the fates and perceptions of Paul, his family, and those closest to them. Sonny and the other Casey firemen attempt a dangerous rescue to reach a teenager buried under the rubble, and when Sonny himself is trapped by a secondary collapse, Paul, his mother, and the crowd of onlookers believe the worst. The wait is excruciating; it's baby Jessica all over again, but this time the "innocent victim" is sixteen-year-old Ian Finch, a swastika-tattooed hoodlum who may have brought the house down on himself while building bombs. Still, when Sonny emerges from the rubble hours later, the maimed teenager in his arms, the rescue becomes a minor miracle and a major public relations event, a validation of all things American and true. Sonny is immediately hailed as a national hero. And Paul's life is suddenly, and irrevocably, changed.
Beyond the limelight, the parades, and the intrusion of the national media into a quiet and predictable life, the Tucker household balance is upset. And Ian Finch's curious and continued involvement in Sonny's life creates a new and troubling set of hurdles for Paul to overcome. Somehow, though his father has been saved, he continues to slip through Paul's fingers. Secrets, lies, and changing alliances threaten Paul's relationship with his father and his mother and his understanding of what holds a family -- and a town -- together.
The Broken Places is a brilliant meditation on the psychology of heroism, the definition of family, and the true meaning of honor. With pitch-perfect dialogue, subtle but stunning insights, and a dazzling ability to uncork the quiet power of each character, Susan Perabo's The Broken Places uncovers and celebrates the unsettling truths of human nature.

By clicking 'Sign me up' I acknowledge that I have read and agree to the privacy policy and terms of use. Free ebook offer available to NEW CA subscribers only. Offer redeemable at Simon & Schuster's ebook fulfillment partner. Must redeem within 90 days. See full terms and conditions and this month's choices.
A Simon & Schuster
Reading Group Guide
The Broken Places
Discussion Points
1. Perabo imparts a lot of information in Chapter One. Recount the chapter's main events and the pictures that were created in your head. What kind of details does the author provide about Paul, Sonny, and Laura? What other characters are introduced? Who stands out for you, and why?
2. Look at Perabo's word choices and descriptions in the first couple of pages in Chapter Two -- "kneaded the chill," "chafe the backs of his thighs," "fingers were blistered," "feet were numb," etc. How does she build tension? How does the author cinematically craft the roles of the book's characters, and the places they inhabit, so they become alive in the reader's mind?
3. On pages 47 to 49, beginning with, "He zipped up..." to "Don't you stop believing that," what is happening between Black Phil and Paul? What is significant about this scene? What does it reveal about Paul and Sonny?
4. Did you believe that Sonny was alive at the end of Chapter Two? Consider the last couple of paragraphs in the chapter -- what did you think was going on? Look at how Perabo forecasts events and share where she does this and whether or not you think this is successful.
5. Review page 59, where Laura says, "Sonny doesn't get freaked out, he'll be fine," then page 107, where she says, "We'll all be back to normal." Explain whether or not you thought that Sonny would be fine, that everything would get back to normal, and why. Considering how stoic and serene she appears to be, discuss why Laura may have said these things.
6. Turn to Chapter Four and look at Sonny's actions. Discuss why you believe he was so desperate to ride in the big car instead of with his crew. Did this raise your suspicions about what really
happened with the "rescue"? When Ben said, "A team rides together...." (page 81), what is he really saying to Sonny? What is Perabo telling the reader when Ian Finch appears at that same moment when Ben says, "A team rides together..."? Discuss whether or not you picked this up at the time you read it or after the truth of the rescue was disclosed.
7. Trace what happened to Sonny after he "rescued" Ian. Why is Sonny nervous during the TV interview at home? Why does Paul enjoy spending time with his mother during his father's absence (Chapter Five, page 118)? What is the symbolism of Laura's drumming? What other symbols and metaphors did you discover in The Broken Places?
8. In Chapter Five, look at Sonny and Paul's conversation beginning, "For a long moment he didn't answer...the blanks" (pages 140 to 141). What is Sonny saying, and why? Share your reactions to Ian's admission that he saved Sonny (page 145).
9. What does Finch represent to Laura, to Paul, and to Sonny? Why does Laura call Finch "a goner"? Knowing what you know about him, why doesn't Ian escape from his difficult life? Why does Paul say to Ian, "But I don't care" (Chapter Eight, page 204). Share whether or not you agree that Paul's father "told the story everyone wanted to hear," and why. Why do you think Ian went along with the lie?
10. What does the title The Broken Places refer to? Explore the broken places in the lives of each of the main characters and share your thoughts about them. How did Perabo's story affect, and enlighten, you about people's travails and human nature?
Why I Wrote This Book
by Susan Perabo
I've always been fascinated by small-town disasters and tragedies that garner the national spotlight for forty-eight hours or so and then vanish -- both from our TV screens and our minds.
All I knew when I began writing The Broken Places was that I wanted to explore that very American phenomenon of the tragedy that is in and out of the news so quickly and look into what happens to the people involved in the aftermath of a larger-than-life event. The exciting part, then, was to decide who the most interesting "players" would be. I didn't want this incident to happen to a bunch of blank slates; I wanted it to happen to people who would carry a load of baggage into the story. 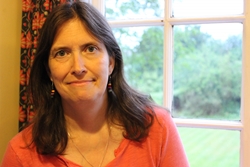 Susan Perabo is the author of the collections of short stories, Who I Was Supposed to Be and Why They Run the Way They Do, and the novels The Broken Places and The Fall of Lisa Bellow. Her fiction has been anthologized in Best American Short Stories, Pushcart Prize Stories, and New Stories from the South, and has appeared in numerous magazines, including One Story, Glimmer Train, The Iowa Review, The Missouri Review, and The Sun. She is Writer in Residence and professor of English at Dickinson College in Carlisle, Pennsylvania, and on the faculty of the low-residency MFA Program at Queens University. She holds an MFA from the University of Arkansas, Fayetteville.

By Susan Perabo
LIST PRICE $16.99
PRICE MAY VARY BY RETAILER