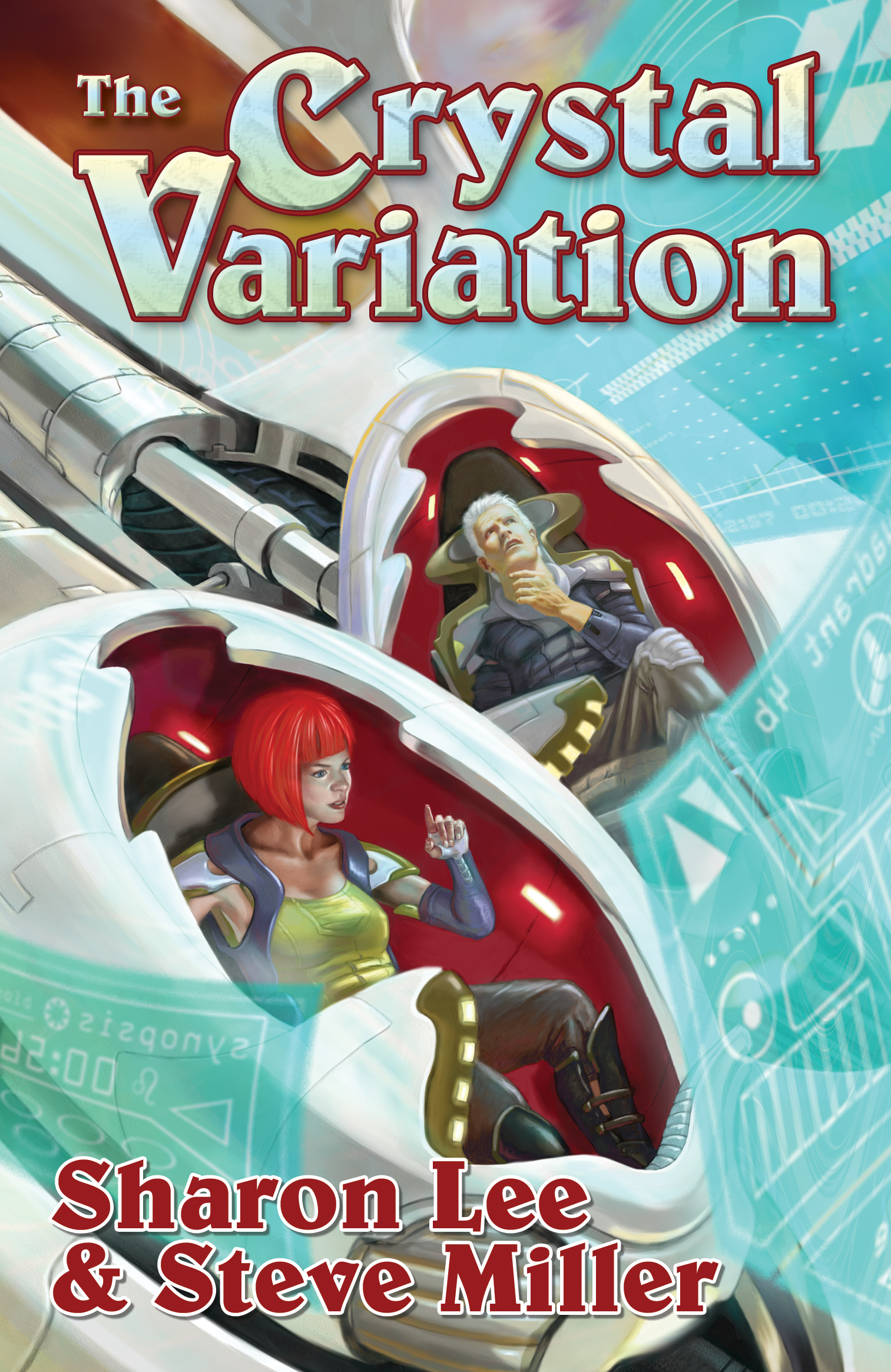 #2 in our “Omni” three-volume compilations of Liaden Universe® novels.  These are the “origin” novels in the  breakthrough, hugely-popular Liaden Universe® space opera series!  Across a fallen galaxy, the Liaden have risen to take on the challenge of bringing trade and civilization to the stars and, in the process, made themselves the aristocrats of known space.  Adventure, intrigue, romance – on an interplanetary scale!

The three Liaden Universe® universe “origin” novels collected together for the very first time in one omni edition!  Across a fallen galaxy, the Liaden have risen to take on the challenge of bringing trade and civilization to the stars and, in the process, made themselves the aristocrats of known space.  Bred to scout, to pilot and to trade, Clan Korval is ascendant among other families arrayed within the incredibly intricate and formal Liad social structure.  But along the way Korval makes powerful enemies.  Lee and Miller quite simply set the modern standard for full-on, audacious space opera.

Crystal Soldier
The galaxy is in danger.  A mysterious alien race of energy being called the shereika is rapidly unmaking – dissipating, lock, stock and quark -- entire star systems.  Humans are making their last stand.  M. Jela is a top-of-the-line of soldier who realizes the peril and persuades a talented space ship pilot named Cantra yos’Phelium to help what humans remain to escape to an alternate reality with unpopulated, but livable, star systems: the Liaden® universe!

Crystal Dragon
Cantra is revealed to be no merely a great pilot, but a genetically engineered aelantaza, or assassin and spy whose specialty is taking on the entire personality of her “cover,” so much so that she believes it herself.  She remakes herself, as only a aelantaza can, and infiltrates the scholarly towers on the university world of Landomist where she narrowly avoids being killed in scholarly conflicts.  There she liberates the scholar Liad dea’Syl, along with the equations for escape stored inside his head.  Once in her new domain, Cantra creates a hereditary alliance to protect her child by Jela – to be known (and become legendary) as Clan Korval.

Balance of Trade
Young Jethri Gobelyn is a young Terran, working on his family's trading spaceship.  Jethri has ambition, and he sets out to make a name for himself in the time-honored fashion of his family by investing in a trading scheme with what he takes to be a bona fide Liaden® master trader.  But when Jethri discovers he’s been had, Jethri must master the intricacies of Liaden society, which include many formal rules and regulations of behavior, to regain his place – and face – within the clan.

About the Liaden Universe® series:

“Every now and then you come across an author, or in this case, a pair, who write exactly what you want to read, the characters and personalities that make you enjoy meeting them. . . . I rarely rave on and on about stories, but I am devoted to Lee and Miller novels and stories.” —Anne McCaffrey

“These authors consistently deliver stories with a rich, textured setting, intricate plotting, and vivid, interesting characters from fully-realized cultures, both human and alien, and each book gets better.” –Elizabeth Moon

“[T]he many fans of the Liad universe will welcome the latest…continuing young pilot Theo Waitley’s adventures.” – Booklist on Saltation

Maine-based writers Sharon Lee and Steve Miller teamed up in the late 1980s to bring the world the story of Kinzel, an inept wizard with a love of cats, a thirst for justice, and a staff of true power. Since then, the husband-and-wife have written dozens of short stories and twenty plus novels, most set in their star-spanning Liaden Universe®. Before settling down to the serene and stable life of a science fiction and fantasy writer, Steve was a traveling poet, a rock-band reviewer, reporter, and editor of a string of community newspapers. Sharon, less adventurous, has been an advertising copywriter, copy editor on night-side news at a small city newspaper, reporter, photographer, and book reviewer. Both credit their newspaper experiences with teaching them the finer points of collaboration. Sharon and Steve passionately believe that reading fiction ought to be fun, and that stories are entertainment. Steve and Sharon maintain a web presence at http://korval.com/