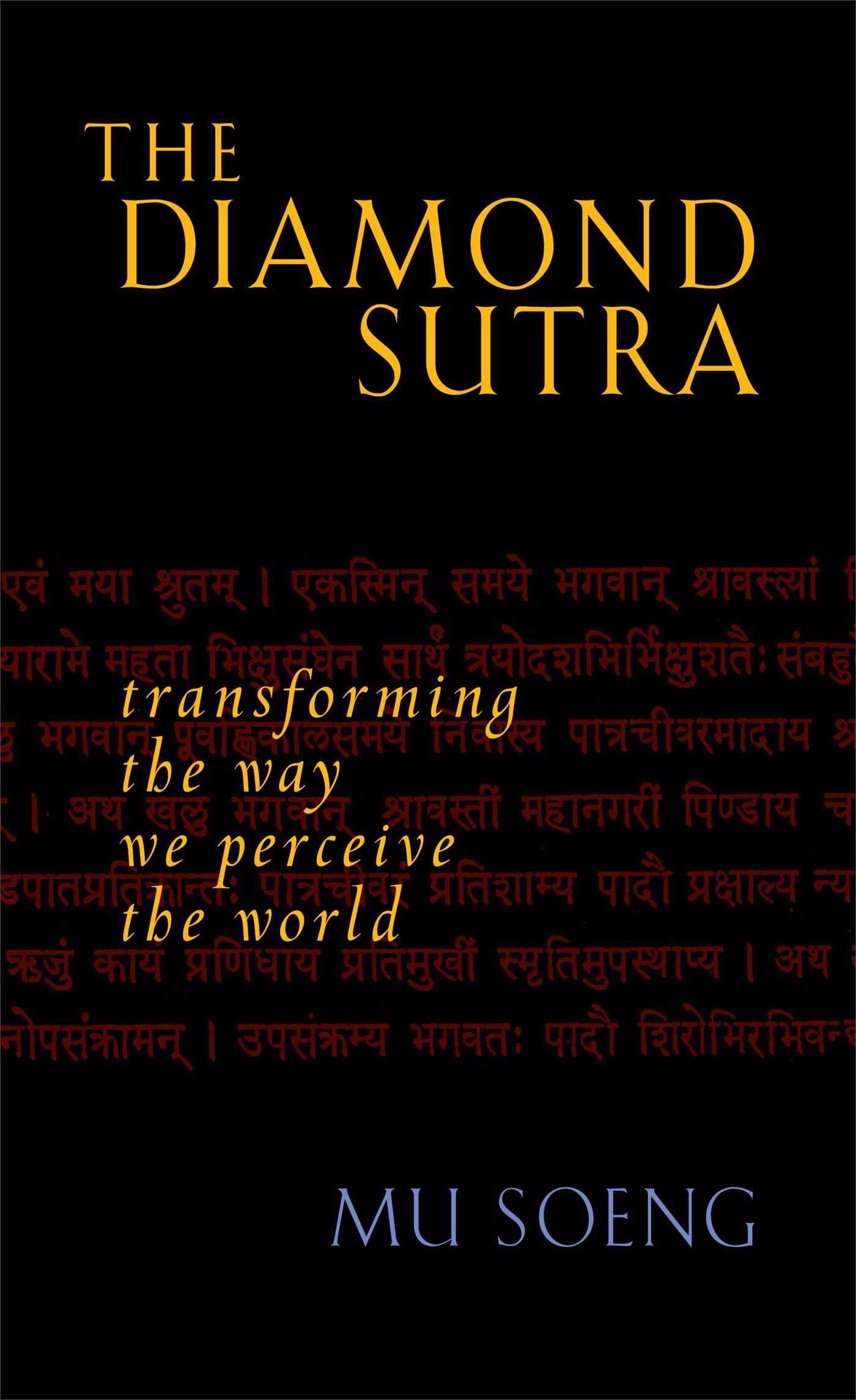 Transforming the Way We Perceive the World

In this brilliant new translation and commentary on The Diamond Sutra--one of the sublime wisdom teachings of Mahayana Buddhism--Mu Soeng integrates this ancient wisdom teaching with current scientific and psychological thought. His clear and readable commentary traces the connections between these teachings and contemporary theories of quantum reality, explores the sutra within the framework of Buddhist meditation practices, and provides a comprehensive historical survey of the Mahayana Buddhist tradition. Mu Soeng's goal throughout is to reveal the inspiration and wisdom of The Diamond Sutra to today's reader in an accessible, engaging, and modern manner.

Mu Soeng, a former Zen monk and teacher, is the scholar-in-residence at the Barre Center for Buddhist Studies. He is the author of many books on Buddhism, including Trust in Mind and The Diamond Sutra. He lives in Barre, Massachusetts.

"What a pleasure to read this lyrical rendering of the Diamond Sutra. Providing a full historical and cultural context for this great teaching inspires an understanding of its contemporary relevance, while the clarity of Mu Soeng's prose makes sophisticated Buddhist scholarship available to all interested readers."

– Sylvia Boorstein, author of It's Easier Than You Think

"Mu Soeng relates the sutra in fresh ways to early Buddhist social, cultural and institutional history... the messages of the text are given fresh expression in teaching encounters, poems, and delightful stories."

"This book is a job well done. Mu Soeng clearly illuminates the fascinating world of ancient Buddhist thought and skillfully guides us through its historical evolution. For the first time, I began to understand this important history. And his insightful commentary on the Diamond Sutra makes accessible to us all the transforming wisdom of this profound text. I highly recommend this book for all those wishing an in-depth exploration of the enlightened mind."

– Joseph Goldstein, author of A Heart Full of Peace and Insight Meditation: The Practice of Freedom

"Mu Soeng's interpretation of the Diamond Sutra is an attempt to present traditional Buddhist insights, as found in one of the fundamental scriptures of Mahayana Buddhism, in a modern or post-modern form appropriate for contemporary practitioners and others interested in making ancient wisdom relevant and vital for today. Together with a translation based largely on Conze's rendition of a Sanskrit text, Mu Soeng, a Zen practitioner, presents his detailed running commentary, which fuses traditional Buddhist lore with the contemporary approaches of quantum physics and deconstructionist literary theory. Accompanied by a lengthy introduction, Mu Soeng's work, which is in some ways reminiscent of the insightful commentaries of Thich Nhat Hanh, should be of great interest to all those who seek modern and post-modern relevance in ancient Buddhist thought."

"Mu Soeng's commentary on the Diamond Sutra is a combination Buddhist history lesson, philosophical investigation, and thorough contemporary reading of this core Mahayana text... Mu Soeng applies both scholarship and years of dharma training to his analysis... [A] fresh and inspiring exposition of core Mahayana philosophy..."

"Composed of 32 short chapters, the Diamond Sutra is nonetheless one of the monumental scriptures of Mahayana Buddhism. The great Sixth Patriarch of Zen, Huineng is said to have achieved enlightenment after hearing a single line of this sutra. We can't promise sudden enlightenment, but we can tell you that Mu Soeng's version is one of the best. A former Zen monk, Mu Soeng takes us back in an extensive introduction to the beginnings of Buddhist sutras and traces their development up to the appearance of the Diamond Sutra in the third or fourth century. He also details why Zen Buddhists in particular are attracted to it. The Diamond Sutra is intended as an antidote to suffering, which is achieved through wisdom. It tells us that realizing the emptiness of all things is the key step on this path and that its articulation comes, paradoxically, in the bodhisattva ideal of saving all sentient beings. Paradox is at the heart of this classic sutra, and in extensive commentaries Mu Soeng unravels the paradoxes while explaining the challenging vocabulary. For an authoritative version of the Diamond Sutra, you can't do better, and notice the fluid language:
So you should view all of the fleeting world:
A star at dawn, a bubble in the stream; A flash
of lightning in a summer cloud; A flickering lamp,
a phantom, and a dream."

"The text and Mu Soeng's commentary on it are a real treasure house."

Transforming the Way We Perceive the World